For the second phase of its Idlib offensive, the Syrian army relocated its best and most offensive-action capable units from the north, where the first phase of the offensive along the Damascus-Aleppo highway had taken them, and used them to press against the exposed southern salient of the rebel territory.

Despite rugged, mountainous terrain the operation went well. The entire salient collapsed and was retaken in just four days of fighting. The heavy lifting for its success was probably done on the first day when unidentified warplanes (I think Russian) prevented a Turkish force from moving southward into the salient. On their own, the rebels — pressed and enveloped — quickly gave ground. 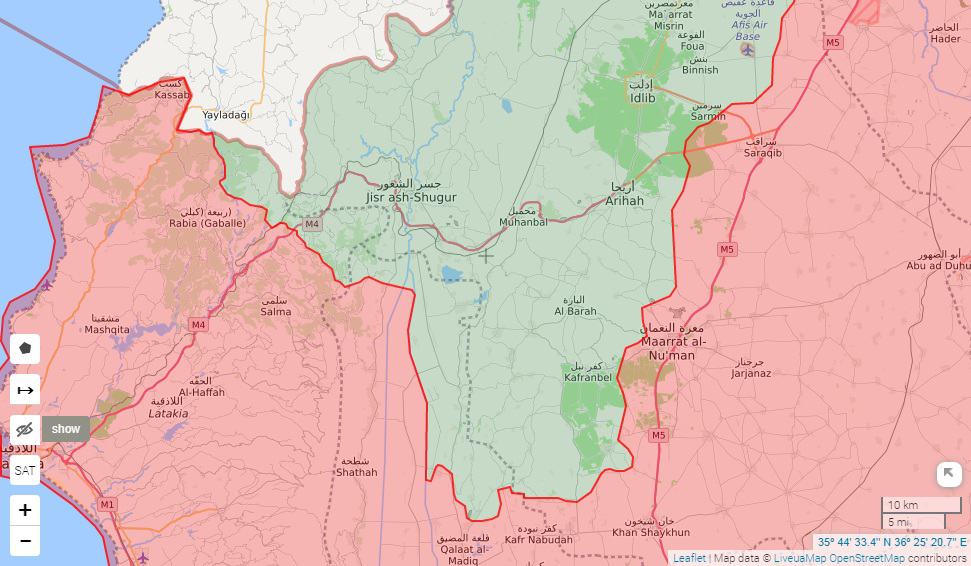 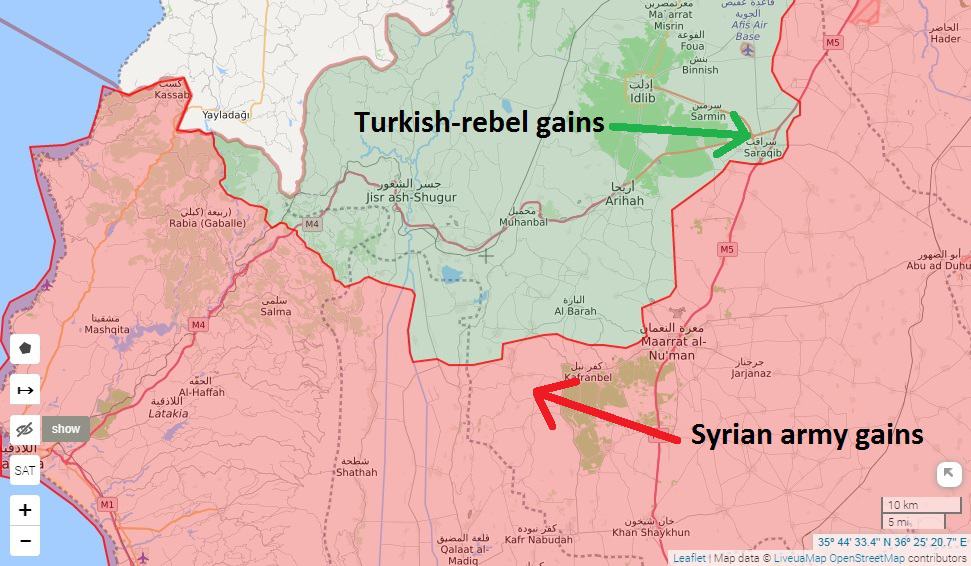 However, as the best-supported and offensive-worthy Syrian units were in the south the rebels and Turks renewed their push from Idlib city in direction of Saraqib and the junction of two highways it represents.

Turkey’s first attempt on February 21 was decisively beaten back by the intervention of Russia’s warplanes, and the loss of 2 Turkish KIA and 5 WIA, and a score of rebels.

However, this renewed Turkish-rebel offensive has been successful. Yesterday the jihadi-Turkish coalition successfully retook the town of Nairab where they had been repulsed on the 21st, and today they marched into Saraqib itself.

The Russian air force was present but this time it wasn’t enough. A factor may have been the proliferation of MANPADs by the Turks.

The plane that carried out air strikes in the Idlib area
It exceeded a thermal missile#Syria #Idlib pic.twitter.com/hyVawyXCyz