Detoxing the brain: A closer look at the effects of the keto diet on metabolism, brain health

Detoxing the brain: A closer look at the effects of the keto diet on metabolism, brain health by: Isabelle Z. for Natural News

If you’re at a healthy weight, you might not have given the keto diet a second thought, but there is some compelling research showing the positive effects that this way of eating can have on your metabolism and brain health – and the reduction in glyphosate exposure that may come from reducing grain intake brings even further benefits.

On a ketogenic diet, people limit their intake of carbohydrates to no more than 50 grams per day. The idea behind this is to raise the levels of ketones in their blood. These molecules can then partly replace carbohydrates as a source of energy for the brain. When a person’s carb intake is low, the liver produces ketones that the brain uses for fuel.

The ketogenic diet has neuroprotective abilities and therefore can be quite beneficial to brain health. For example, it has been shown to improve the brain function and memory of people with Alzheimer’s disease, the most common form of dementia, although scientists aren’t exactly sure why it has this effect. 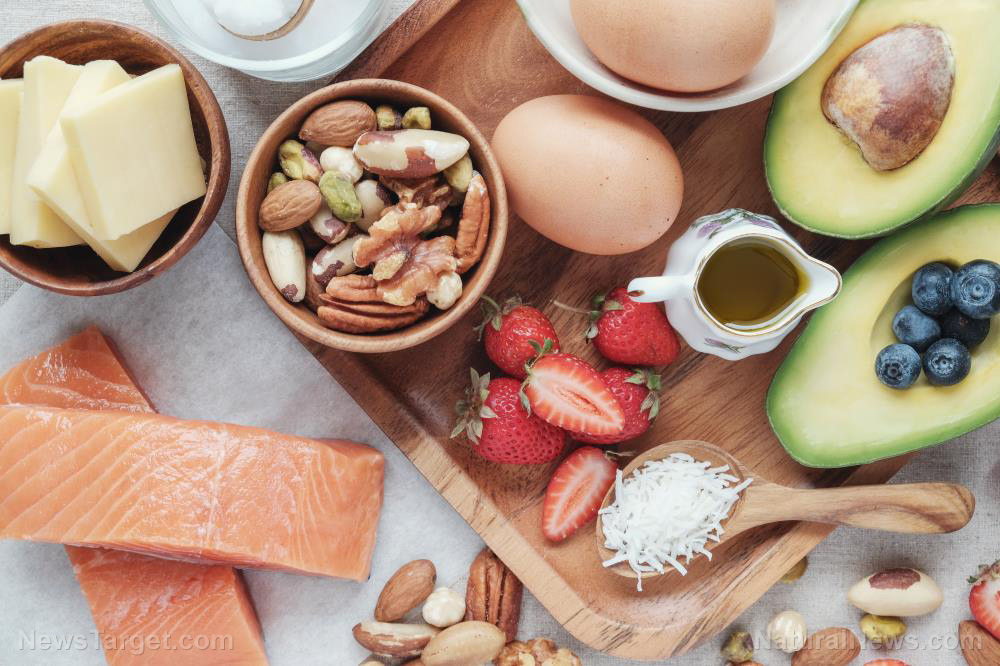 It has also been shown to treat epilepsy, even in cases where drugs have failed, with some epileptic children experiencing reductions in seizures as great as 90 percent. Parkinson’s patients have also reported improvements in their symptoms after following a ketogenic diet for four weeks. Other studies have pointed to potential benefits of the keto diet in dealing with anxiety-related disorders. It can benefit depression, too, with animal models showing that it can trigger the expression of chemicals in the brain that are suppressed in those suffering from depression.

A ketogenic diet can also bring about positive metabolic changes in the short term. Many people have used it with great success to lose weight, but it can also improve important health parameters such as cholesterol, triglycerides, blood pressure and insulin resistance. The diet’s high fat content means it’s very satiating, curbing food cravings while decreasing the hormones that stimulate appetite.

While scientists continue to work to gain a better understanding of precisely why this type of eating seems to be so beneficial to brain health, one potential factor could be that those on grain-free diets tend to consume a lot less glyphosate than those who do eat grains.

A keto diet leaves little room for wheat-based foods, and many pastas and cereals have been found to contain high levels of glyphosate. In fact, 12.4 million pounds of glyphosate were used on wheat grown across the U.S. in in 2017. It’s also regularly sprayed on oats to help dry them out prior to harvesting them. Meanwhile, recent data from the FDA showed glyphosate in 63 percent of corn and 67 percent of soybean samples tested.

There could well be a connection between the positive effects of a keto diet and the fact that people who eat this way often reduce their intake of glyphosate-laden grains as a result. The chemical has rightfully attracted a lot of headlines for its link to non-Hodgkin lymphoma and other cancers, but glyphosate, and the Roundup weed killer specifically, have been linked to the oxidative stress and neural cell death seen in Alzheimer’s disease, the serotonin impairment seen in depression, and the cell death characteristic of Parkinson’s disease – which, incidentally, are all conditions that a keto diet can improve.

Even though there are still a lot of unanswered questions about the precise mechanisms underlying these effects, it’s clear that both following a keto diet and avoiding glyphosatecan have a positive impact on your brain, metabolism and body. Even if you’re not ready to give up carbohydrates altogether, choosing organic grains could improve your physical and mental health.