The Democrat & UN’s Agenda For America And The World

The Democrat & UN’s Agenda For America And The World By William B. Stoecker – All News Pipeline 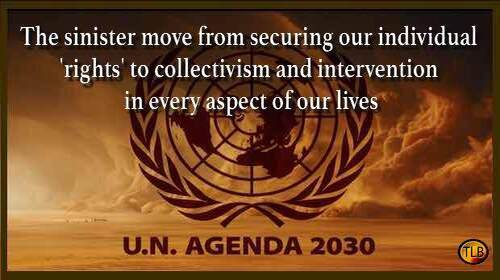 Most people take the United Nations for granted and accept the official line that it is an institution dedicated to peace and good works. But most patriots have known all along that it is the foundation for a one world tyranny, and this was the plan from the beginning.

During WWII America and the allies began referring to themselves as the United Nations, and planning for a postwar world organization began in 1944 when leftist (and thirty second degree Freemason) FDR was President of the US. His work was carried on by his leftist successor Harry Truman, a thirty third degree Freemason and Shriner.

The UN really began when some fifty nations met in San Francisco beginning 4/25/1945 to draft the UN Charter, approved and adopted 6/25/1945. Alger Hiss (11/11/1904-11/15/96), a graduate of Hahvahd Law who had worked for an East Coast law firm and for various government agencies, was intimately involved in the planning for the UN. He was a leftist and almost certainly a communist who had probably sped on the US for Stalin, although this was never proven. He was later President of the Carnegie Endowment for International Peace, a leftist “think tank” that has done nothing for peace. The UN’s first Secretary General was Tryve Lie, a Norwegian socialist. So, from the beginning, the UN was the creation of Freemasons and leftists.

But the UN has a prehistory…it was preceded by an earlier attempt at world government, the League of Nations, which was supported by US President Woody Wilson, the “progressive” who gave us the Federal Reserve, the IRS, and direct election of US Senators, which undermined state sovereignty.

Wilson was advised by the sinister “Colonel” House, and he lied to get us into WWI, to “make the world safe for democracy.” But the US is supposed to be, not a democracy, but a republic, and in WWI we allied ourselves with Czarist Russia and Imperial Japan, nations whose governments were more tyrannical than that of the Kaiser’s Germany, our enemy.

And let us not forget that WWI made the world safe, not for “democracy,” but for the tyrannies of Communist Russia, Nazi Germany, and Fascist Italy. There is ample reason to suspect that both the disastrous world wars were deliberately orchestrated by the NWO elite, largely to provide an excuse for a one world government. When some patriot US Senators kept the US out of the League it ultimately collapsed, so it was back to the drawing boards and WWII.

(ANP FUNDRAISER! Following Susan Duclos’ heart attacks and hospitalization, All News Pipeline will need some financial help in the months ahead. So if you like stories like this, please consider donating to ANP to help keep us in this ‘Info-war’ for America at a time of systematic censorship and widespread corruption.) 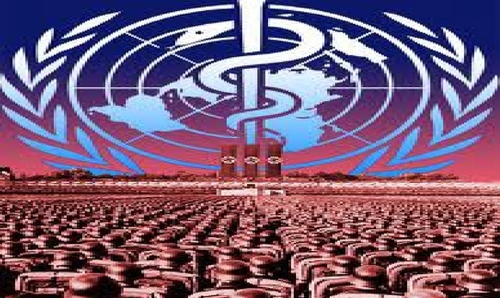 Aside from the colossal waste and corruption of the UN and the fact that it is dominated by individuals and nations that hate both the US and Israel, it has done nothing to prevent war. The world has been continually at war since the UN was created. The Chinese Civil war continued after its creation, and there was Korea, the First Indochina War, Vietnam, one Middle East war after another, and wars in the Balkans and between India and Pakistan, to name but a few.

The US has been at war almost continually for decades. And then there have been numerous instances of genocide and democide (murder by government) in China, Korea, Cambodia, Africa, and elsewhere; tens of millions have died in these wars and massacres. We have so far avoided a nuclear holocaust, but the danger is still there and, if anything, it is increasing. And there is no evidence that the UN has played any role whatsoever in preventing (so far) this ultimate catastrophe. So far, Russian American, and Chinese leaders have possessed just enough sanity to avoid mutual suicide.

In the UN building in New York City there is a very bizarre “meditation room,” a very odd thing indeed to find in a supposedly secular organization. The windowless room is nine feet by eighteen feet by thirty feet, with a dark gray stone floor and a more or less typical abstract painting on one wall, no uglier than most such “artworks.” And near the center of the room is a massive block of the iron ore known as magnetite, black in color and weighing six and a half tons. This room was designed according to the wishes of UN Secretary Dag Hammarskjold, appointed in 1953, and he supervised its construction in exacting detail. Magnetite, as the name implies, is naturally magnetic.