– Former Liberal: ‘Democrats have an a**-kicking coming to them in November’ 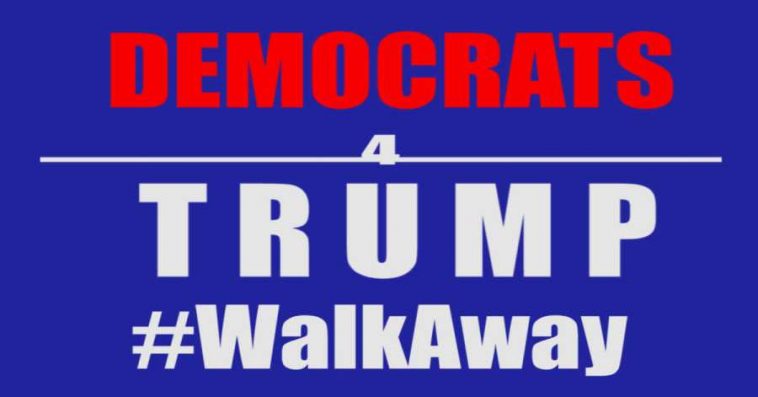 The media is ignoring the continuing mass exodus from the Democrat party, which leaves it to the Independent Media to share their stories, and their reasons for running hard and fast from the party that has been taken over by radical liberal socialists.

The media doesn’t want people to realize how big this exodus has become because others may hear their stories and find they agree with those walking away.

Politics became much more fun to write about and to read about during the 2016 campaign for President, where the “Deplorables,” the nickname Hillary Clinton dubbed Trump supporters, ignored the establishment Republicans along with the liberal media and the so-called “conservative” NeverTrumpers, and brought Donald Trump from absolutely zero chance of winning the Republican primaries to becoming the GOP nominee, then being elected the President of the United States of America.

The interesting thing is that while Republican voters, whether Trump supporters or just conservatives willing to vote for him to prevent Hillary Clinton from being elected, may have bucked the system, took control, taught the Republican establishment and the liberal media a lesson in trying to force a candidate down our throats and/or lecture us on what is best for us, it was after the election that we saw “sane” Democrats start a mass exodus from the Democrat party.

The video above started a movement.

When the #WalkAway campaign began around the middle of 2018, by a gay New York hairdresser, Brandon Straka, seen above, the liberal establishment media had no idea how big the movement would become.

At first the media just ignored the #WalkAway movement. Then when the #WalkAway hashtag started trending, growing, with thousands upon thousands of former Democrats explaining why they left the democrat party, the media, trying to protect their party, claimed those people were really “Russian bots!”

So, #WalkAway participants started giving their testimonials via video, showing they were not Russian, nor bots, and the movement grew from thousands to tens of thousands, and just kept growing, while the media continues to try to hide it.

(Protestor at a #WalkAway LGBT Event)

THE EXODUS CONTINUES AS THE #WALKAWAY MOVEMENT GROWS

Over at Medium we see yet another recent #WalkAway story from February 11, 2020, by Karlyn Borysenko, an organizational psychologist and mindfulness expert, and a 20 year Democrat, explaining what she experienced at Trump’s recent rally in New Hampshire, finding out that everything she had been fed by the media and liberals across the board…. was all lies.

After detailing how she was disturbed at how online liberal social justice warrior mobs attacked anyone that was not “lockstep in their ideology,” she explained what gave her a “wake up call.”

I started paying attention after one man who was attacked got mobbed so badly that he had a nervous breakdown and was admitted to the hospital on suicide watch. There was something that was not right (well, so many things really) and it witnessing the vitriol coming from those who I had aligned myself with politically was a massive wake up call.

You see, I was one of those Democrats who considered anyone who voted for Trump a racist. I thought they were horrible (yes, even deplorable) and had worked very hard to eliminate their voices from my spaces by unfriending or blocking people who spoke about their support of him, however minor their comments. I watched a lot of MSNBC, was convinced that everything he had done was horrible, that he hated anyone that wasn’t a straight, white man, and that he had no redeeming qualities.

But when I witnessed the amount of hate coming from the left in this small, niche knitting community, I started to question everything. I started making a proactive effort to break my echo chamber by listening to voices I thought I would disagree with. I wanted to understand their perspective, believing it would confirm that they were filled with hate for anyone that wasn’t like them.

You can read the entire piece at this archive.is link since Medium only allows limited free articles, but long story short, she re-registered as an Independent after the rally, and says “Democrats have an a**-kicking coming to them in November.”

A key quote helps explain why this #WalkAway exodus is still growing: