In this pause between past and future Deep State seditions, and the full-blown advent of Corona Virus in every region of the world, we pause to consider Mr. Trump’s executive order requiring new federal buildings to be designed in the classical style. The directive has caused heads to explode in the cultural wing of Progressive Wokesterdom, since the worship of government power has replaced religion for them and federal buildings are their churches — the places from which encyclicals are hurled at the masses on such matters as who gets to think and say what, who gets to use which bathroom, and especially whose life and livelihood can be destroyed for being branded a heretic. 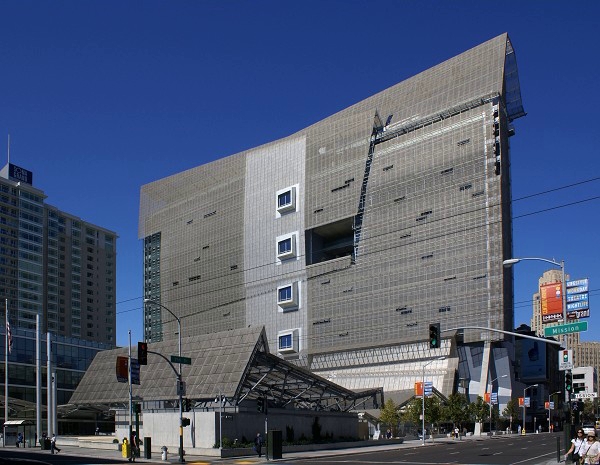 The religion of Progressivism (under various names) has been growing for over a century, based on the idea that the material abundance of techno-industrial societies should be centrally managed by national bureaucracies, finally leading to a nirvana of perfect fairness. The part that’s always left out is that this is accomplished by coercion, by pushing people around, telling them what to do and how to think, and by confiscating their property or docking their privileges if they seem to have too much of either. You can observe the operations of this doctrine in the current crop of Democratic Party aspirants to the White House.

The architecture that expressed all that is loosely called “Modernism” mostly because it was supposed to represent the distilled essence of everything that is up-to-date, and the idea of coercing an unfair world toward universal fairness has ruled the elite managerial class ever since Karl Marx lanced his boils of social grievance on the printed page. The First World War really sealed the deal for Modernism. The industrial-scale slaughter — well-depicted in the recent movie, 1917 — so horrified the elites that the architecture branch of elite-dom decided to shit-can all the offensive claptrap of history as expressed in buildings and replace them with bare boxes of one kind or another. A whole metaphysical theology was constructed to justify this attempt at a totalistic do-over for the human race. “Less is more…” et cetera.

Meanwhile, along came Stalin and Hitler who persisted in the dirty business of neoclassical architecture, and they screwed the pooch on that theme for all time, while the Second World War reaffirmed the urge to cleanse the world of all that filthy symbolism. By the 1950s, Modernism ruled the scene as the architecture of Decency and Democracy. It very quickly became the architecture that glorified corporate America, viz, the rows of glass box skyscrapers hoisted up along the grand avenues of midtown Manhattan, and then every other city center in America. Before long, as the old government buildings of yore grew obsolete, they too were replaced with confections of Modernism, and then the university libraries, and finally… everything.