Silver Market Update: set to react back over the short to medium-term?

Silver Market Update: set to react back over the short to medium-term? by Clive Maund via Silver Seek

On silver’s latest 6-month chart we can see that the fairly tight pattern that has developed over the past several weeks, which is widely interpreted to be a bull Flag, is now looking more like a small Head-and-Shoulders top, and being small, it has correspondingly small downside implications. It projects a drop soon at least to the upper boundary of the channel that silver broke out of in December. Factors making it more likely that the pattern is an H&S top are the way the advance reversed at resistance at the late September highs, with a dramatic high volume reversal candle appearing after a string of bearish looking candlesticks with long upper shadows, and of course the extreme positions evident on the COT and Hedgers charts that we will come to shortly. 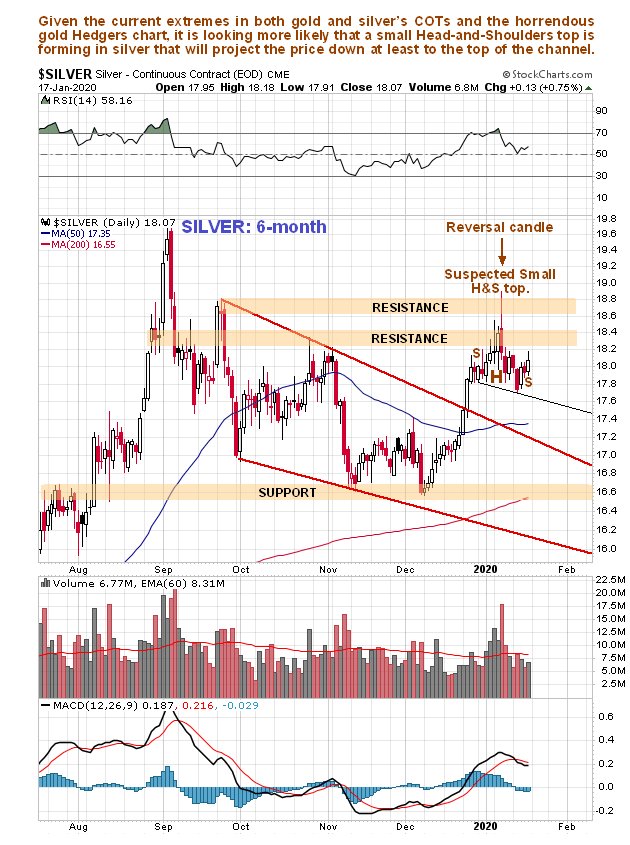 Should silver drop back now or soon it shouldn’t have much effect on its long-term chart or outlook, for as we can see on its 10-year chart, it is still within a large base pattern and could drop to support in the $16 area, without doing any significant technical damage. 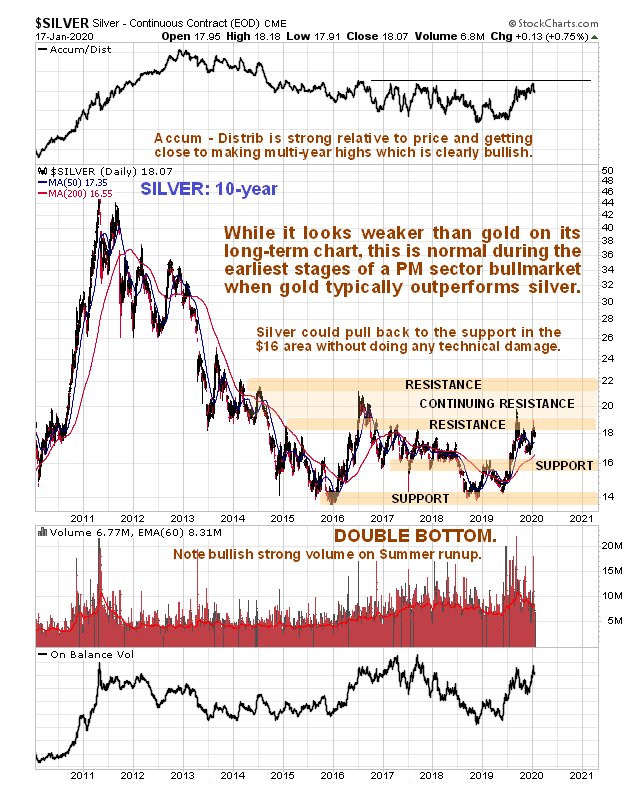 Silver’s latest COT chart shows that there are still heavy Commercial short and Large Spec long positions that are pretty extreme, which normally leads to a retreat, unless of course “this time it’s different”. 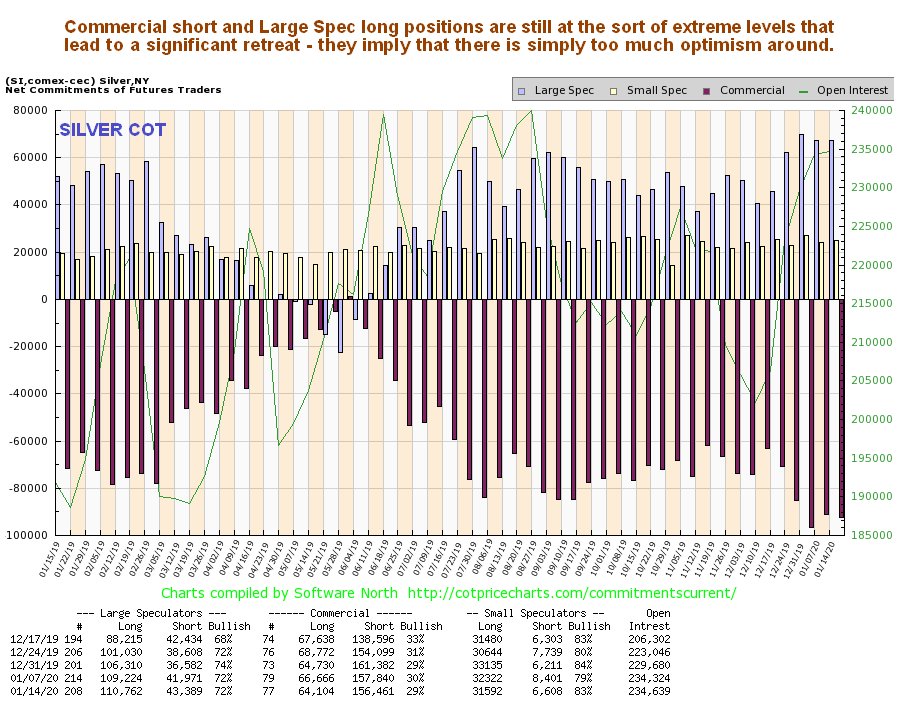 Although not at wild record levels like gold, silver’s latest Hedgers chart shows that the reading is still quite extreme and at levels that have only been exceeded on two previous occasions since prior to the 2011 bullmarket peak. It can be seen that readings at these sort of levels generally lead to a silver price decline. 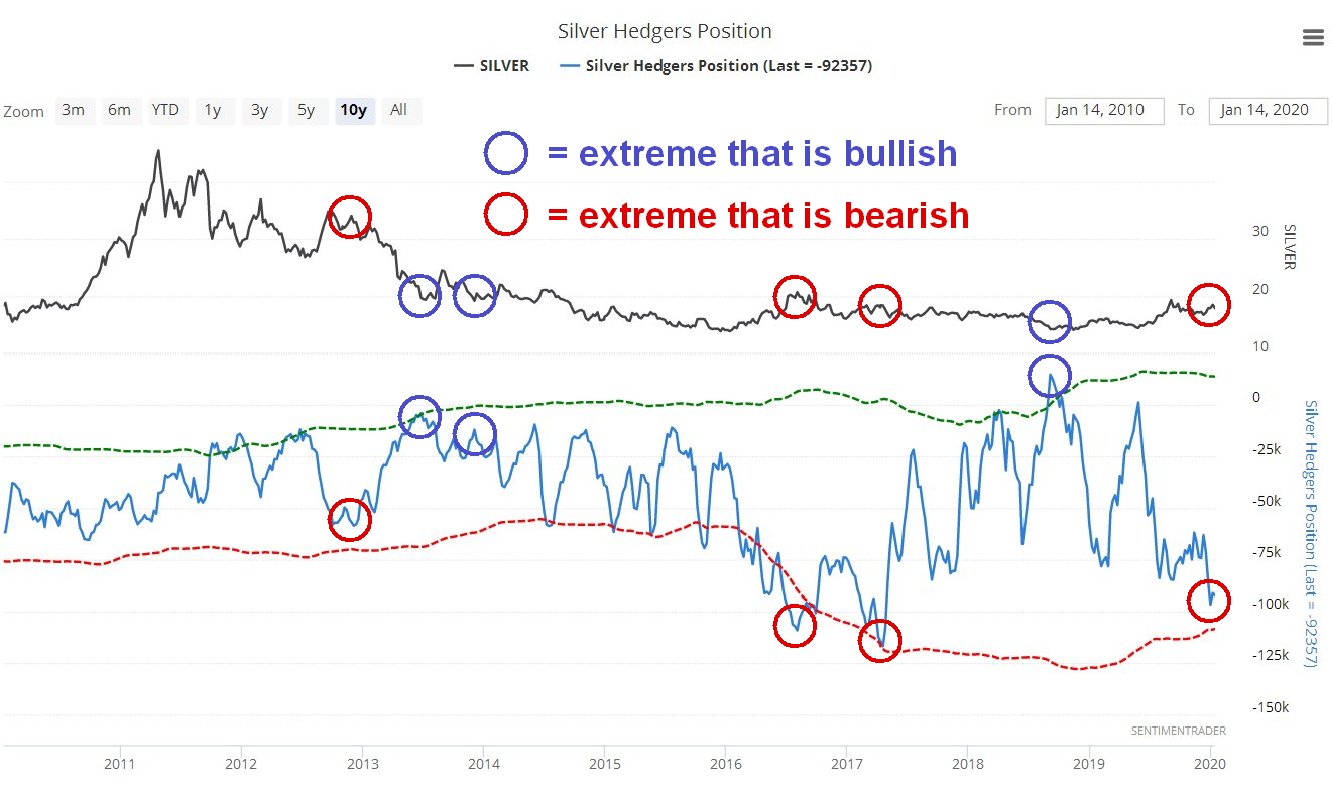 The conclusion is clear – longs should either take evasive action or deploy appropriate hedges. Note that with our strongest silver stocks we will tend not to sell, but look to buy more on sector dips, such as the one that looks like it is imminent.