Every production phase or civilization or other human invention goes through a so called transformation process. Transitions are social transformation processes that cover at least one generation. In this article I will use one such transition to demonstrate that humanity is at a crossroads: up to a third world war or will humanity create new heaven on earth. 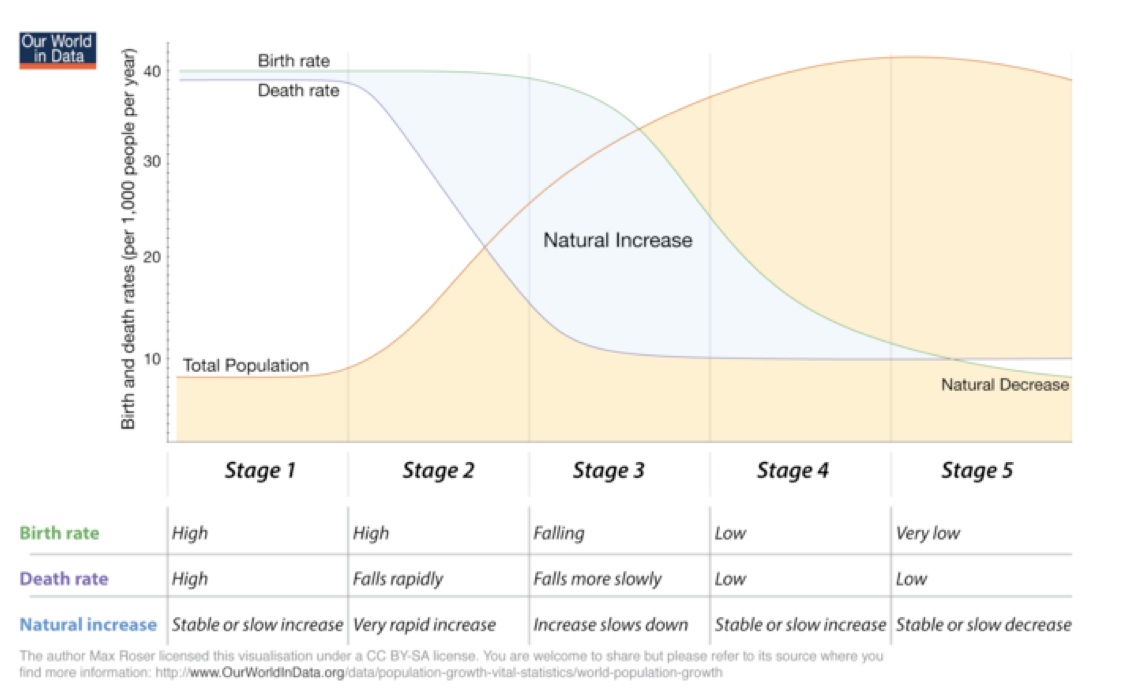 In general transitions can be seen to go through the S curve and we can distinguish four phases (see fig. 1):

A product life cycle also goes through an S curve. In that case there is a fifth phase:

The S curve of a transition 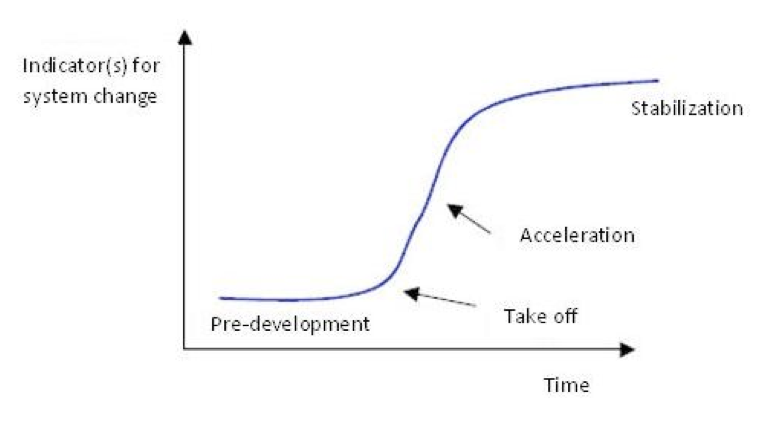 Figure: Four phases in a transition best visualized by means of an

The process of the spreading of transitions over civilizations is influenced by a number of elements:

The Neolithic transition was the most transition for mankind. This first agricultural revolution (10000 – 3000 BC) forms the change from societies of hunter gatherers (20 – 50 people) close to water with a nomadic existence to a society of people living in settlements growing crops and animals. A hierarchical society came into existence. Joint organizations protected and governed the interests of the individual. Performing (obligatory) services for the community could be viewed as a first type of taxation. Stocks were set up with stock management, trade emerged, inequality and theft. Ways of administering justice were invented to solve conflicts within and between communities and war became a way of protecting interests.