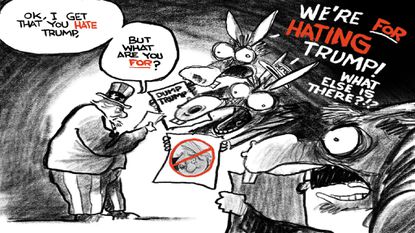 While the term Trump Derangement Syndrome started as a joke to describe those that simply lost their minds when President Trump won the 2016 presidential election, it soon became too real, with actual medical professionals (shrinks) documenting the phenomenon, nicknaming it “Trump Anxiety Disorder.”

Three years later and the TDS in liberals and #NeverTrumpers has progressed to the point of what could be argued to be certifiable insanity.

The recent examples below are evidence of this point. 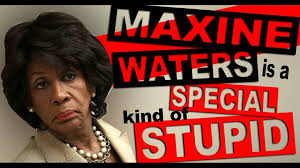 Democrat representative Maxine Waters, a woman that has earned her nickname as “Mad Max,” after encouraging liberal supporters to “create a crowd,” aka “mob,” to harass Trump administration officials and supporters in public, and was calling for his impeachment just months after the President was inaugurated in 2017,  has just been punked by Russians.

Russian pranksters Vladimir Kuznetsov (Vovan) and Alexey Stolyarov (Lexus), recently managed to humiliate Democrat Representative Maxine Waters after calling her and pretending to be climate activist kid Greta Thungberg and her father, where they told her a tale of a fake conversation Greta had with President Trump…. one where he made her cry!

Then after telling her that Greta always tapes conversations and they had Trump on tape, Waters, being that gullible, instantly asked if “they would be in Washington any time soon,” to meet with her.

That was after convincing Waters that climate change was threatening an island that doesn’t even exist.

This is a perfect example of using someone’s own Trump Derangement Syndrome against them by simply intimating that they had something damaging against President Trump.

The two Russian pranksters then created a video from the audio discussion with Waters and published it on their YouTube channel.

NEVER-TRUMPERS SUFFER FROM THE SAME TDS AS LIBERALS

Those considered “NeverTrumpers,” so-called conservatives so infected with TDS that they are willing to take up political stances that they spent their whole lives fighting against, all to disagree with Trump, even if it is a position that only liberals support.

A perfect example of a NeverTrumper is Washington Post’s Jennifer Rubin, who was against the Paris Climate Accord until President Trump took America out of it.

The illustrations are endless. In two years, Rubin has gone from arguing that the “ludicrous,” “absurd” Iran deal “has to go” — and, indeed, that John Kasich was a fool for contending otherwise – to praising those who believe it must remain in place as “reasonable” “experts,” and predicting that even to decertify would put “American credibility” at “risk.” In 2015, she wrote that “if you examine the Iran deal in any detail, you will be horrified as to what is in there.” In 2017, she characterizes this position as the “emotional” “temper tantrum” of an “unhinged president.” A similar metamorphosis has sullied her views on tax cuts, welfare, energy, and gun control (before, after), as well as her attitude toward Jews and anti-intellectuals, which once led her to defend Sarah Palin, but which now leads her to condemn Trump on almost all of the grounds she once dismissed.

Another prime example of TDS affected NeverTrumpers are the folks over at The Bulwark, especially Bill Kristol.  Kristol, who was one of the founders of the now defunct Weekly Standard, which died a brutal death after the entire publication became as infected with TDS as Rubin and Kristol, has filled the payroll logs with other TDS infected “conservatives,” one of which is John Ziegler.