Let’s take this one right to the hoop: The Epstein saga may be the biggest, most broadly based scandal in US history. Of course, it has some serious competition, but to use the logic of Peter Dale Scott, the Berkeley professor who cut his teeth studying drug cartels, once in a while you get fleeting images of what lurks in the political pipes down in the basement. Peter called it “deep politics” in 1996, what is now called the deep state or, according to Wikipedia,1 a Conspiracy of the Loons. Previous peeks into the basement include the collapse of BCCI,2 the Panama papers,3 Fast and Furious,4 the Iran-Contra scandal,5 and, for the nostalgic, a spate of assassinations.6 You couldn’t miss the Epstein saga (unless, of course, you are still chained in the basement by one of his friends), but our wokeness is highly variable and, by definition, poorly developed. The Tetris pieces fall slowly at first but quickly by the end. Amazon is already filling up with treatises by those who can type 300 words per minute. My sources are a combination of random news reports, daily searches of the keyword “Epstein” on Twitter, and a few particularly persistent sleuths including Michael Krieger (@Libertyblitz),7 Witney Webb (@_whitneywebb),8 and articles flying across Zerohedge (@zerohedge). While reading this chapter let’s play Jeopardy—“Alex: I’ll take ‘WTF?’ for $500”—or maybe even Bizarro Bingo wherein you place a ‘✓’ every time something just got really weird. 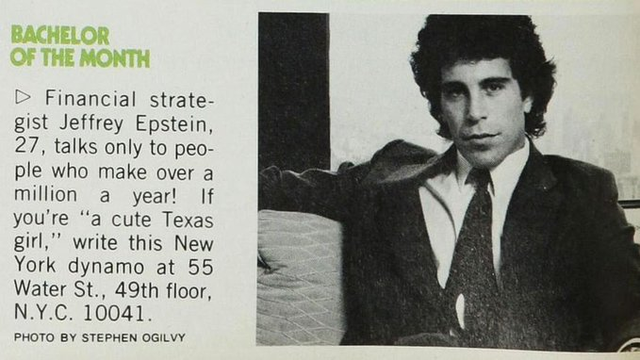 I was only vaguely aware of Jeff Epstein until Michael Cernovich (@Cernovich) started howling on Twitter about how he had teamed up with Alan Dershowitz at Harvard and Julie Brown (@jkbjournalist) at the Miami Herald to win a 4-year FOIA suit to pry open a formerly sealed 2015 civil case.9 First question: How and why would you seal a civil case? I had just started the deep dive when only a few days later the Federales indicted Jeff for grotesque acts of pervishness having to do with trafficking in underage girls (12–15 years old), many from former Soviet bloc countries. This was Subway Jared ordering off the kiddie menu on a grand scale. It seemed to me that the FOIA loss may have triggered the indictment.

James Comey’s daughter was assigned to be prosecutor (✓).10 Alex Acosta, the judge who let Epstein’s 2005 conviction of sex trafficking lead to a wrist slap (house arrest) and sealed records11 eventually became Labor Secretary under Trump (✓). Once the story broke, Acosta decided to spend quality time with his family. The casual observer quickly learned that Epstein had been flying pervs (and hopefully some non pervs given the sheer numbers) on his private Mile-High Club’s jet liner, the Lolita Express, to Orgy Island, an elaborate underage petting zoo. We were quickly told that Bill Clinton was a Platinum Club Member.12 There’s a shocker.

Jeff had humble roots. After working summers as a farmhand choking the chickens, he was hired to teach math at an elite private girls school in New York City…despite not having a college degree. His new employer was Donald Barr, the father of Bill Barr, our current Attorney General (✓). Soon thereafter, they both moved on to higher callings.13 (Bill Barr’s law firm also defended Jeff in a previous brush with the law, forcing Bill to recuse himself from the forthcoming execution prosecution; ✓)14 Jeff’s job as a high school teacher naturally catapulted him to a few non-descript jobs on Wall Street, allowing him to accrue an estimated billion-dollar nest egg without anybody on Wall Street actually knowing who he was (✓). Leslie Wexner, founder of Victoria’s Secret, is said to be his only client and appears to have given Epstein power of attorney and handed over his $100 million NYC condo to Jeff (✓).15 In a pay-it-forward moment, Jeff was a seminal investor in the Clinton Global Initiative (last ✓; you are on your own from here.)16 Harvard and MIT also got millions.17 A 2003 story in the Harvard Crimson painted Jeff as a mysterious billionaire with a not-for-profit foundation: “Epstein is also well acquainted with University President Lawrence H. Summers.18 The two serve together on the Trilateral Commission and the Council on Foreign Relations, two elite international relations organizations.” The Trilateral Commission? That’s real? 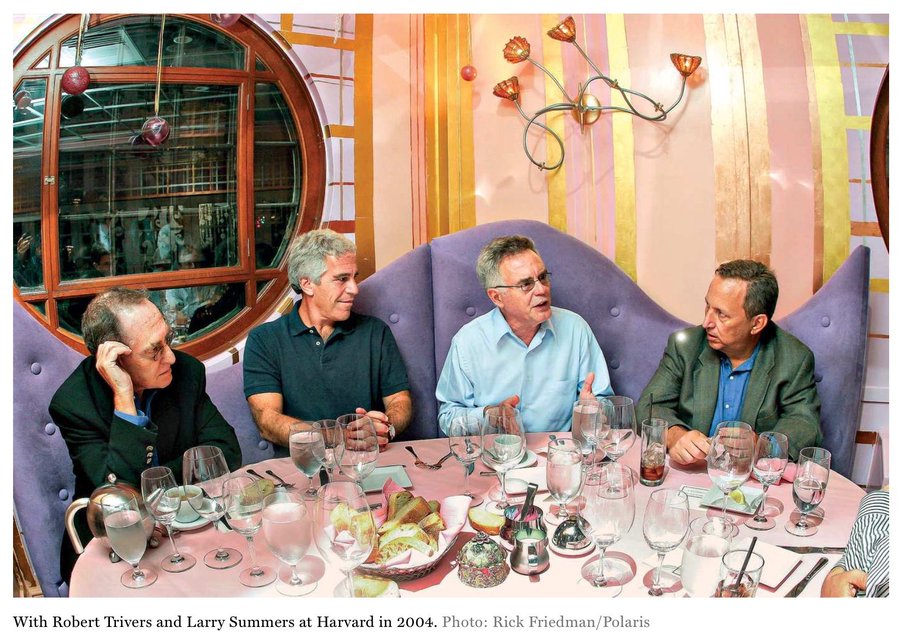 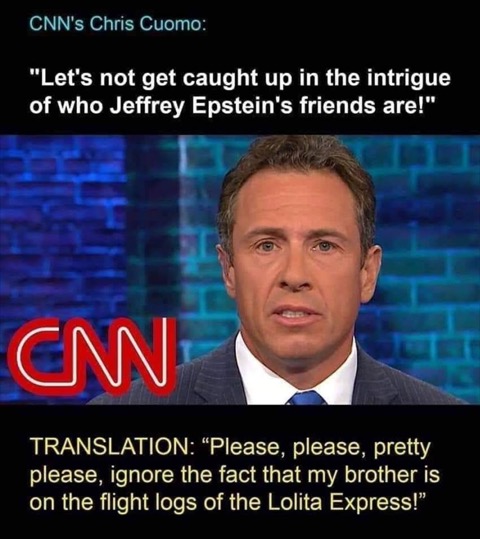 Michelle Goldberg of the New York Times suggested we would soon know “how rotten our rulers really are”.24Former federal prosecutor Elie Honig suggested that, “anybody who helped Epstein in any way needs to get a lawyer and get scared.”25 But who did the media focus on? That’s right: Clinton and Trump. Unfazed, The Donald piled on with a tweet using the #Clintonbodycount hashtag. (How do you not like that guy?) Joe Scarborough put his IQ on full display:

“I’m at a loss to understand or explain Mr. Epstein’s lifestyle.”

~ Prince Andrew on the rape lifestyle

Then there is Ghislaine Maxwell—known as “Gizz” by her closest friends—the former daughter of media mogul and billionaire Robert Maxwell who mysteriously fell off his yacht and drowned in 1991.26 Gizz was Jeff’s main pimpette, rounding up girls for “modelling” gigs, apparently with the help of modelling mogul Jun Luc Brunel.27She was also charged with showing the little darlings (using dolls, of course) where Jeff and his buddies liked to be touched.28 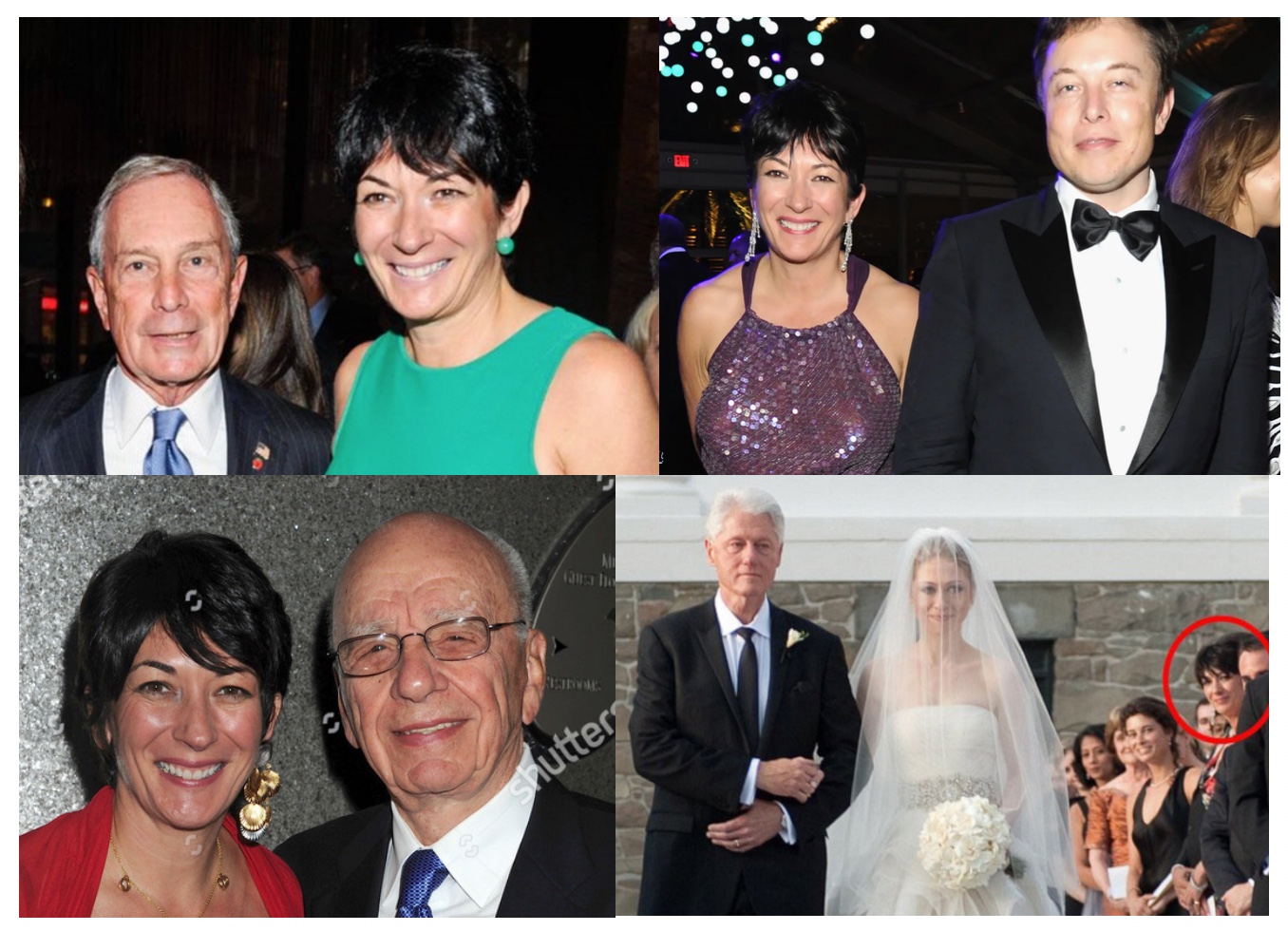 Enough of the obtuseness. Epstein was not just a world-class perv. He was running a blackmail operation in which men of wealth and power were lured into “honey traps”,29 filmed releasing dopamine into their own skulls and other biofluids into the damsels’ skulls.30 After Jeff’s 2005 arrest, a police video tour of his house showed copious mildly erotic wall art, photos of famous people, and a painting of Gizz (Maxwell that is).31 Most notably, the plethora of bedrooms each had attached private bathrooms fully stocked in toiletries and neatly stacked towels. What was missing was evidence somebody lived there. Piles of crap indicative of human occupancy were absent. It was not a time capsule of somebody’s life. It looks like a B&B (Brothel & Breakfast).

Next question: How do you blackmail wealthy and powerful men without committing suicide by nail-gun shots to the head and keeping your entry in “Who is Still Who”? Epstein is said to have used strong-arm tactics on occasion,32 but can you really bully the Clintons and their cronies? More questions: How do you get convicted of trafficking underaged girls (at least 34 according to the FBI),33 get off with 8 months of house arrest over the protestations of the lead prosecutor,34 and talk the judge into sealing the case? How do you get subsequent civil cases brought by the victims sealed as well? Recently released partial transcripts of the civil cases include testimony of victims describe being raped by famous people that I will not mention because they have law degrees.35 Where is Mariska Hargitay and the SVU for Christ’s sake? The civil court judges are mandated by law to pass felonious behavior to the authorities. (I actually learned that from Judge Wapner in a People’s Court episode. No joke.) You also could imagine that post-conviction Epstein might be persona non grata among the elite interested in keeping up appearances for the public. Usually sex offenders get banished to trailer parks clustered with other sex offenders miles from elementary schools. His ties with the appropriately named “Prince Albert”, Ehud Barak, George Stephanopoulos, and a host of others stayed strong and in plain sight.36 Hold that thought.

“Dear Bureau of Prisons: Please get Jeffrey Epstein to a super Max prison pronto, or the people who want him dead will make sure we never know the truth. ACT NOW!” 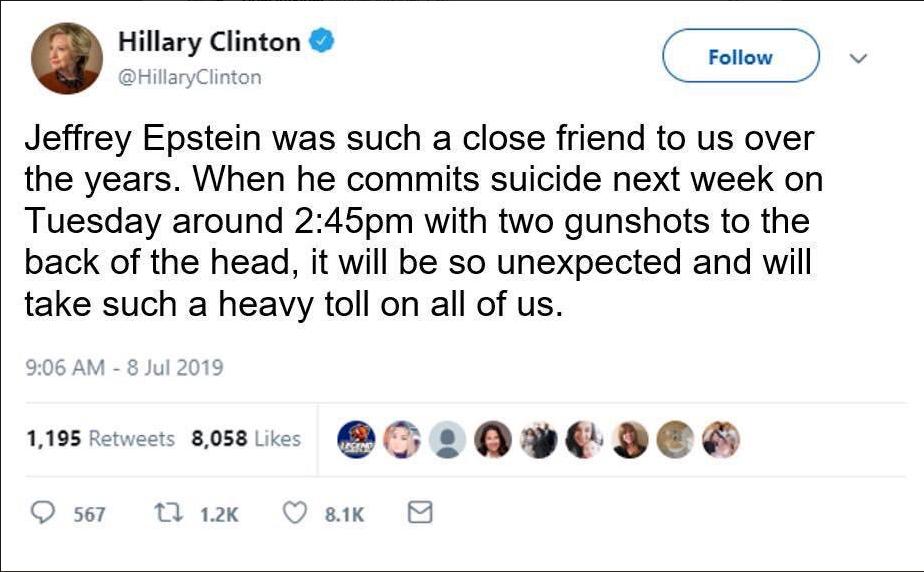 The authorities put Epstein in a high-security prison that had one suicide in 21 years, and even that one was a convicted mobster who may have been escorted to the light.37 The most famous prisoner in the world stewed in a cell reading articles about Whitey Bulger and getting visits by female lawyers (with benefits) lacking legal documents but with attributes the other lawyers and guards found distracting.38

“If somebody tried to commit suicide, I don’t think two more weeks in jail would improve his view on life.”

I muttered in my infamous QTR podcast booted off YouTube for excessive truthiness that Epstein would never testify.39 Even the mainstream media couldn’t miss the implications. About a week later Epstein was found unconscious on the floor of his jail cell with marks on his neck suggesting assault, attempted suicide, or a stunt. He was immediately put on suicide watch in the special housing unit (SHU). This is no ordinary cell. The bed is a slab with no mechanism to attach anything.40 Your clothes and linens are specially designed to tear under the weight of a person. (We call it “paper”.) You would have better luck hanging yourself with toilet paper, choking yourself to death with your bare hands, or drowning yourself in the sink. Jeff had a roommate by policy,41 guards were instructed to check on him every 15 minutes, and security cameras watched him 24/7.