While the 2nd Amendment Sanctuary movement has exploded across the state of Virginia with over 90% of Virginia counties voting to become Sanctuary Counties as the Washington Examiner reported in this new story, a national gun control group is now warning Virginia 2nd Amendment enthusiasts of major consequences ahead if they disobey any new gun control laws that are unveiled there under an anti-America Democrat governor and legislature.

With Eric Tirschwell, Managing Director of Litigation and National Enforcement Policy for the Everytown for Gun Safety gun control group (contact them here) warning law-abiding Virginia citizens of real trouble ahead for them if they ‘break the law’ by ignoring any new gun control laws that are enacted by the tyrannical Virginia legislature, we’re not surprised that most Democrats think its totally ok to ignore and break US immigration law by supporting sanctuary cities for ILLEGAL aliens while insanely thinking that they should be ‘above immigration law’, the same “we’re above the law” mindset we’ve also been witnessing from Democrats in Congress.

Related: Must read from Law Enforcement Today: “Warning to LET: ‘Stop reporting on Virginia militia or your editors will be charged as felons'”

And with Democrats having now declared open warfare upon America and the ‘Will of the American people’ via their impeachment coup as Tom Luongo reports in this viral new story over at his blog, it’s great to report ‘impeachment’ is now blowing up in Democrats faces. As the American Spectator reports in this new story, if General George Patton was ‘calling’ the impeachment fiasco, he’d say that Democrats have stuck their head in a meat grinder. And it’s now Republicans and Independent’s jobs to keep on cranking that handle!

So we’ll be taking a look within this story at the latest signs of trouble ahead for America in the next year to 18 months with a Republican state Representative from the state of Washington recently removed from his caucus and his ranking position due to his role as a Patriot during 3 events that happened between 2014 and 2016: the Bunkerville, Nevada ‘standoff’ in 2014, the 2015 Priest River event in Idaho and the 2016 Malheur National Wildlife Refuge event in Oregon. And anti-gunners gunning for mass gun confiscations in Virginia and California as a ‘beta test’ for the rest of America. 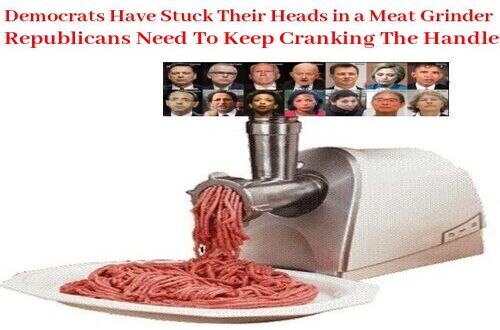 As Tom Luongo reported in his recent story, it’s not President Trump democrats are coming after via this impeachment coup that has morphed into open warfare, it’s America and you and I and the US Constitution under all-out attack by ‘enemies of America within’ who want to negate the vote of the American people and hold all power to themselves about who will be America’s president and what direction our country should take. Talk about ‘dictatorship’ already in America, Congress truly insanely believes they are the American People’s ‘Master’.

Yet with Democrats in Congress declared ‘the belly of the beast‘ by Louisiana Republican Clay Higgens as we’d reported in this December 19th ANP story, and continuously launching all-out attacks upon the Civil Liberties of Conservative Americans, the US Constitution and the 1st and 2nd Amendments, Democrats in 2019 have arguably become the tyrants that our Founding Fathers warned us about long ago. From Luongo’s story titled “The Coup Becomes a Civil War – Trump Impeached“.:

The Democrats declared war yesterday. Not on Donald Trump but on the United States and the Constitution.

What started as a coup to overturn the 2016 election has now morphed into a Civil War as Speaker Nancy Pelosi (D-San Fran-feces) presided over the passage of a bill which creates a clear Constitutional Crisis.

And that means we have multiple factions vying for control of our government, the definition of a Civil War.

Then outlining and detailing for us just why this ‘civil war’ in America is unfolding, with Nancy Pelosi and Democrats pushing for un-Constitutional power, what’s happening now is seemingly morphing into something more dangerous and more unpredictable every day. And as Luongo concluded in a fact that should absolutely petrify Democrats, should President Trump emerge from all of this unscathed to go on to win in 2020, Democrats will be absolutely dreading the fact that they didn’t ‘kill the king’. From Luongo’s story.:

So the old adage about killing the king come to mind. If Pelosi et.al. miss here, the retribution from Trump will be biblical.

The damage to the society is too great to argue irrelevancies. No one outside of the Beltway Bubble and the Crazies of the Resistance cares about what Trump did here. It’s too arcane and most people are against giving a sh**hole like Ukraine taxpayer money in the first place.

The whole thing is a giant pile of loser turds steaming up the room and impeding getting any work done.

In the end we’ll know if Trump has his ducks in a row in how Senate Majority Leader Mitch McConnell plays his cards versus Pelosi. If McConnell pussy-foots around and gives Pelosi anything on how the trial in the Senate is conducted then the fix is in and Trump is done.

But, if McConnell shuts this down then what comes next will be a righteous smackdown of Trump’s political opponents that will make the phone call with Zelensky look like a routine call to Dominos’ for a double pepperoni.

Either way, this coup attempt by Pelosi is now open warfare. There will be casualties. 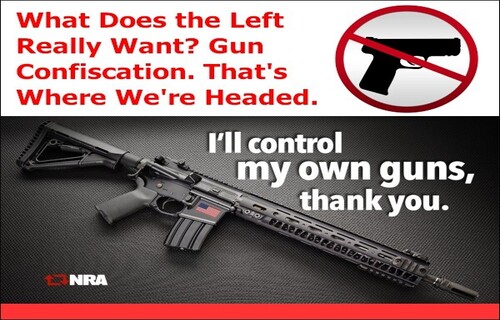 So we have to come back to this story over at WDBJ7 in which we hear about an anti-gun attorney attempting to intimidate 2nd Amendment enthusiasts, Constitutional sheriff’s and other 2nd Amendment supporting law enforcement officals across the state of Virginia. From WDBJ7 in Roanoke, Virginia.: