My 2017 article on the Sackler family and the unfolding opioid disaster (“Opioids and the Crisis of the White Working Class”) emphasized the corruption of the academic and medical establishment:

As in The Culture of Critique, this was a top-down movement based ultimately on fake science created at the highest levels of the academic medical establishment, motivated by payoffs to a whole host of people ranging from the highest levels of the academic-medical establishment down to sales reps and general practitioner physicians.

Now Tucker Carlson has uncovered another angle intimately tied to our new Jewish elite: the American Enterprise Institute (AEI). The AEI figured prominently in my article “Neoconservatism as a Jewish Movement,” published in 2004:

Jewish intellectual and political movements also have typically had ready access to prestigious mainstream media outlets, and this is certainly true for the neocons. Most notable are the Wall Street Journal, Commentary, The Public Interest, Basic Books (book publishing), and the media empires of Conrad Black and Rupert Murdoch. Murdoch owns the Fox News Channel and the New York Post, and is the main source of funding for Bill Kristol’s Weekly Standard—all major neocon outlets. aei_rd.png 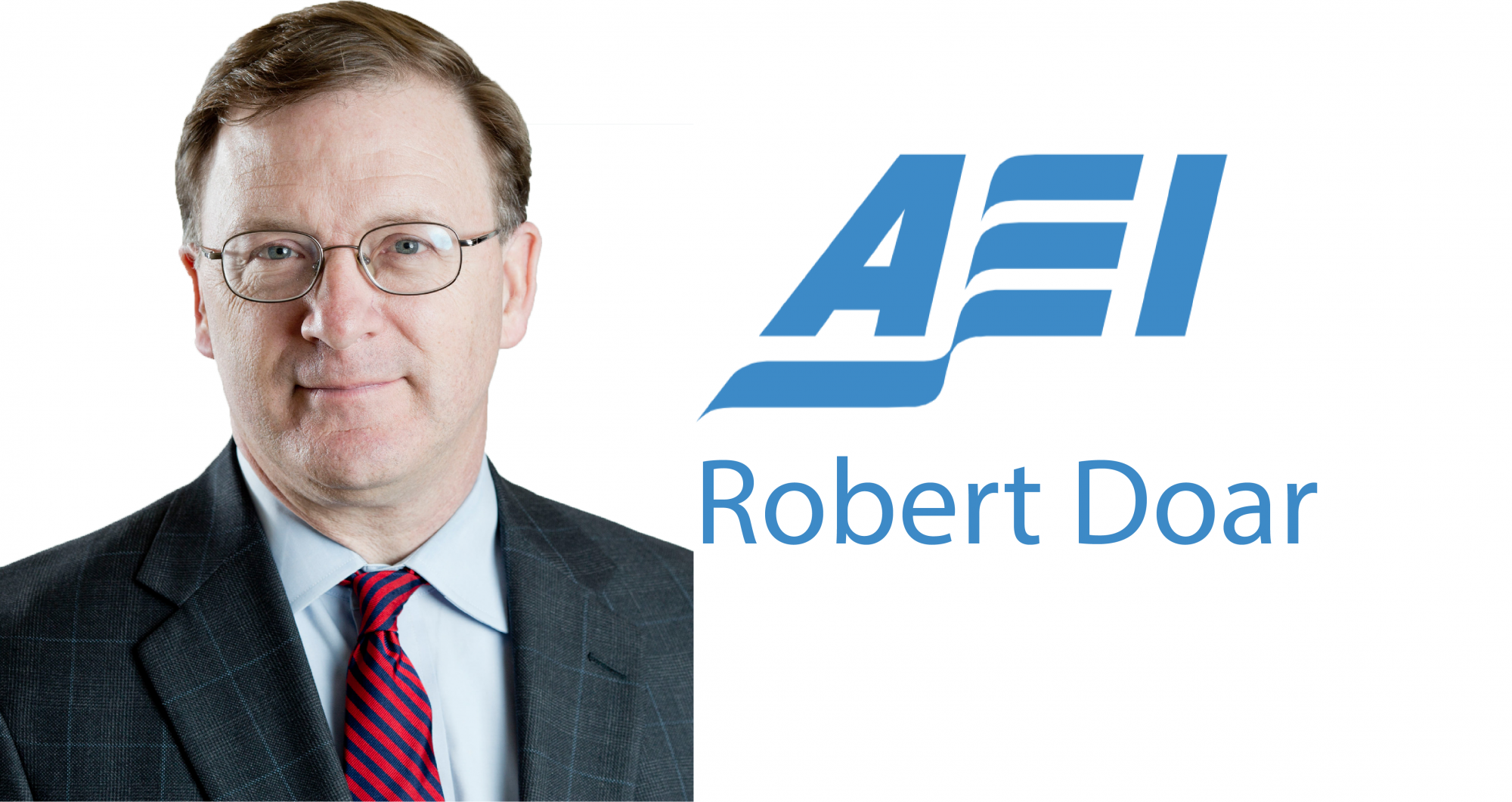 They sold out to you know who, AEI President Doar

A good example illustrating these connections is Richard Perle. Perle is listed as a Resident Fellow of the AEI, and he is on the boards of directors of the Jerusalem Post and the Hollinger Corporation, a media company controlled by Conrad Black. Hollinger owns major media properties in the US (Chicago Sun-Times), England (the Daily Telegraph), Israel (Jerusalem Post), and Canada (the National Post; fifty percent ownership with CanWest Global Communications, which is controlled by Israel Asper and his family; CanWest has aggressively clamped down on its journalists for any deviation from its strong pro-Israel editorial policies. Hollinger also owns dozens of smaller publications in the US, Canada, and England. All of these media outlets reflect the vigorously pro-Israel stance espoused by Perle. Perle has written op-ed columns for Hollinger newspapers as well as for the New York Times.

Neoconservatives such as Jonah Goldberg and David Frum also have a very large influence on National Review, formerly a bastion of traditional conservative thought in the US. Neocon think tanks such as the AEI have a great deal of cross-membership with Jewish activist organizations such as AIPAC, the main pro-Israel lobbying organization in Washington, and the Washington Institute for Near East Policy [which produces pro-Israel propaganda]. (When President George W. Bush addressed the AEI on Iraq policy, the event was fittingly held in the Albert Wohlstetter Conference Center.) A major goal of the AEI is to maintain a high profile as pundits in the mainstream media.

A short list would include AEI fellow Michael Ledeen, who is extreme even among the neocons in his lust for war against all Muslim countries in the Middle East, is “resident scholar in the Freedom Chair at the AEI,” writes op-ed articles for The Scripps Howard News Service and the Wall Street Journal, and appears on the Fox News Channel.

Michael Rubin, visiting scholar at AEI, writes for the New Republic (controlled by staunchly pro-Israel Martin Peretz), the New York Times, and the Daily Telegraph. Reuel Marc Gerecht, a resident fellow at the AEI and director of the Middle East Initiative at the Project for a New American Century [a neocon group], writes for the Weekly Standard and the New York Times.

Another prominent AEI member is David Wurmser who formerly headed the Middle East Studies Program at the AEI until assuming a major role in providing intelligence disinformation in the lead up to the war in Iraq. His position at the AEI was funded by Irving Moscowitz, a wealthy supporter of the settler movement in Israel and neocon activism in the US.[2] At the AEI Wurmser wrote op-ed pieces for the Washington Times, the Weekly Standard, and the Wall Street Journal. His book, Tyranny’s Ally: America’s Failure to Defeat Saddam Hussein, advocated that the United States should use military force to achieve regime change in Iraq. The book was published by the AEI in 1999 with a Foreword by Richard Perle.

Given this history—and understanding the Sacklers’ modus operandi—I should not have been surprised that AEI has been involved in promoting false, Purdue-funded research that doubtless had a prominent role in creating the crisis. Here’s Tucker’s segment: