Cellphones were introduced to the public in the 1980s and became widely available in the U.S. during the 1990s, and we now live in a society where cellphone-only households are normal. It was inevitable that the same technology that delivered us the smartphone would eventually transition into various forms of wearable tech.

Some of the hottest holiday gifts on the market include a smartwatch attached to your wrist, fitness trackers, virtual reality headsets, smart rings and jewelry, and miscellaneous thingamajigs embedded into clothing apparel. The latest and greatest devices coming to market might make your life more entertaining or a little easier in the “Internet of Things” (IoT) world, but the danger lies with unnecessarily ramping up your exposure to radiofrequency radiation (radio waves), which is a form of non-ionizing electromagnetic radiation (EMR). If you are curious about the rollout of 5G and its potential health ramifications, I opined about that in “Your World and Brain on 5G,” published on Sep. 19.

Radiofrequency radiation falls into the low-energy radiation category and is emitted from sources such as wireless and cellular phones, Wi-Fi, all types of portable wireless devices, computers, televisions, smart meters, radios, radars, and satellites. EMR is a type of radiation that is electric and magnetic, and it comes from manmade and natural sources that vary in strength from low to high energy. EMR sources include radio waves, microwaves, infrared light, visible light, ultraviolet light, x-rays, and gamma rays.

Despite the sanguine point of view by organizations such as the American Cancer Society and National Cancer Institute, the most recent studies reveal that cellphone radiation alone can cause cancer. If you are not the “research and read” type on the latest studies as new gadgetry floods the consumer market, I recommend you stay abreast and regularly check informative sources such as the RFSAFE YouTube channel or Tony Keppelman’s EMF Services. Here is just a sampling from those two sources: 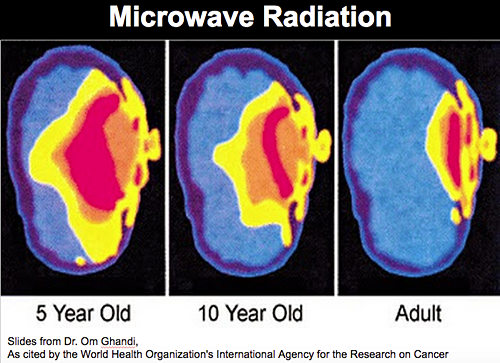 A smartwatch emits extremely high levels of radiation when enabled for wireless, Bluetooth, and Wi-Fi to receive and send data, as you have a cell tower directly attached to your wrist. They are unlikely to cause you any immediate harm, but if you wear it 24/7 as a timepiece, you are looking for unseen trouble. Are you aware that well-made classic wind-up watches with all kinds of built-in gadgetry are still available? 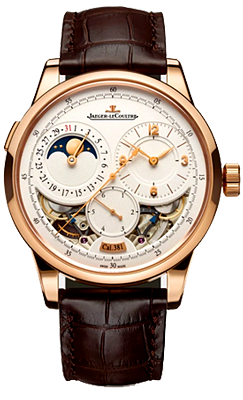 Maybe you prefer a more fashionable “keeping up with the Joneses” look. 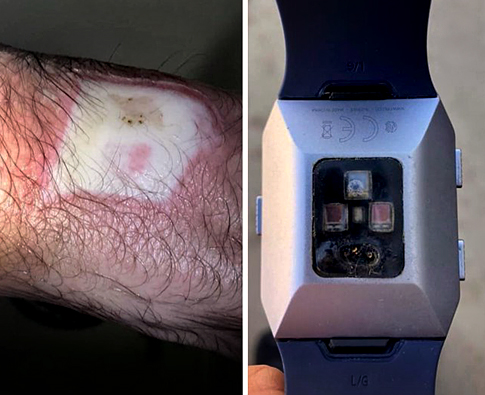 If you insist on owning a smartwatch to add to the array of widgets you already possess or are unwittingly exposed to, do not wear it as a 24/7 timepiece. Your skin and body are exposed to radiation when it is powered on, connected to the Internet, and utilizing those mysterious apps that came with the sales pitch and transmit personal data about you into Big Brother’s cyber mainframe.