Gold and silver suffered a sharp sell-off this week, with gold falling $48 from last Friday’s close to trade at $1466 in this morning’s European trade. On the same timeframe, silver fell $1.12 to $16.98. 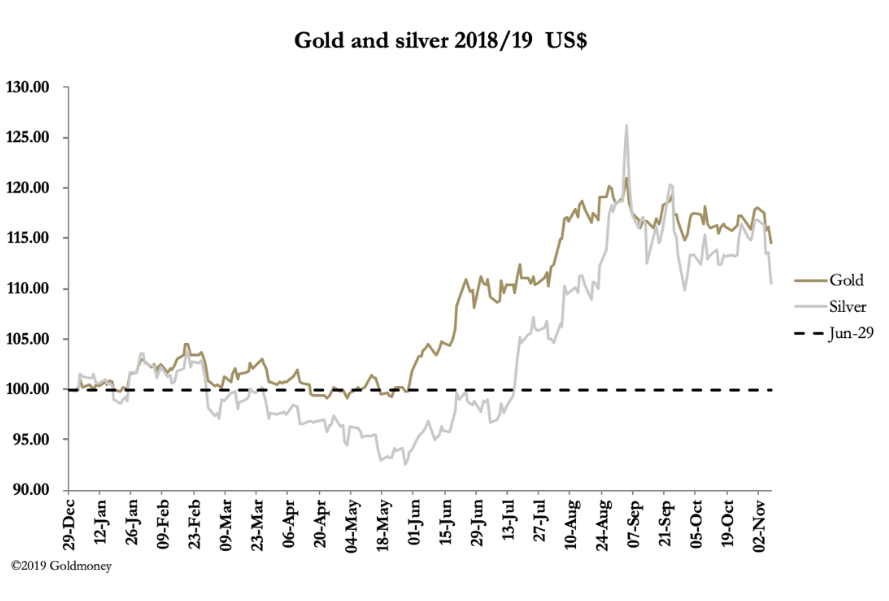 Gold’s price action was to be expected, given it has been seriously overbought. We know that in overbought conditions, the bullion banks who act as market makers become extremely short while the speculators are extremely long. All that’s required is a pause in the pace of speculative buying for the bullion banks to bang the price, knowing they will trigger stop losses, setting off an avalanche of selling by speculators desperate to avoid losses.

This would be reflected in a fall in the quantity of outstanding contracts. The bullion banks will have got their shorts back, and speculators retired to lick their wounds. Trading volume subsides. But this is not actually what has happened, as our next chart shows.

Normally, one would expect the directions of both open interest and the price to move in tandem. But open interest on yesterday’s sharp fall in the gold price soared, as did volume. These are conditions normally associated with a bear market capitulation, which does not apply in this case.

We need to dig deeper. At the end of the month the December Comex contract expires, and it is beginning to be replaced by the February contract. On preliminary figures, 19,158 December contracts were closed yesterday while 37,088 February contracts were created. Therefore, despite the imminent active contract expiry, some very big speculator money is doubling up instead of running scared at this stage of the contract cycle. Furthermore, yesterday’s volume at 827,696 contracts was extremely high and open interest at 709,497 contracts is at a new record level by a considerable margin.

There is a possible explanation, which we cannot prove, and that is big money knows or thinks it knows of an event which it expects will drive the gold price significantly higher. And with the same inside knowledge the “establishment” of central banks and government exchange stabilisation funds are acting in concert to stop the gold price running away.

The problem analysts always face in assessing these conditions is that Comex is only part of the story. The London forward market is usually larger in terms of turnover, and then there is the additional issue of the availability of physical bullion upon which these and other derivative mountains are based. Comex is the only element with timely information. We shall have to wait and see what transpires in this febrile atmosphere.

On the hard news front there is not much that’s new. It appears the tariff war between the US and China may be subsiding, and US Treasury bond yields have risen in recent weeks. Equity markets are hitting new highs. And with some $17 trillion of negative yielding bonds, markets appear broken, providing us with little reliable information. 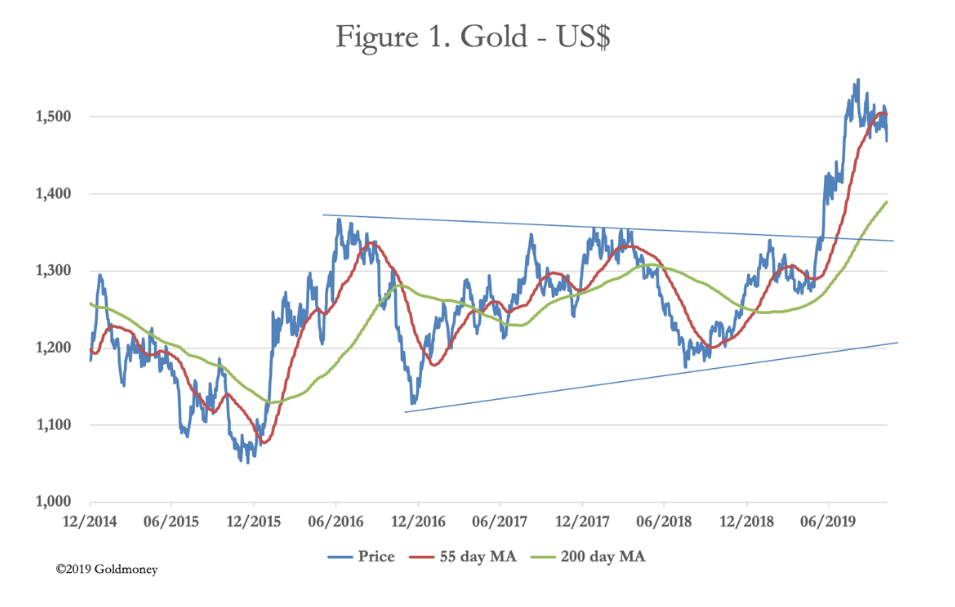