The impeachment debacle continues. It seems to be boiling down to the fact that career bureaucrats have the impression that it is they who set foreign policy. These same bureaucrats want to control our President and the decisions that he makes.

What are the reasons for this breach of Justice?

Wanting to keep the impeachment debacle in front of the people of our country until the elections to smear the President is a foregone conclusion. The hearings are a soviet style farce, and even the progressive socialist democrats have reservations on the format. They have coupled with the disinformation about these so-called depositions being leaked to the media by pencil-neck Adam Schiff the American people see through the charade.

If this impeachment process is so well regulated and following the law, then how does Schiff tell witnesses not to answer valid questions from the Republicans. The Democrats call this justice. The leftists want to control the dissemination of the talking points that they feel proves the disinformation that is being promulgated and eagerly lapped up by the compliant media.

There are those in the media who have called these “impeachment proceedings.” There is no official or legitimate response to calling this an impeachment. Even Pelosi has denied that the vote was an impeachment resolution. The progressive socialists hope the American people don’t notice that this is not a formal impeachment, but a clown show of propaganda to affect the 2020 elections.

Progressive socialist Democrats are causing divisiveness within our country.

The progressive socialist Democrats have shown that the truth doesn’t matter. They have shown that they will continue to push lies and innuendo until President Trump resigns, or the American people decide that it isn’t worth the fight. Republicans in the past have caved to the illusions of the Democrats, and they are angry because President Trump is fighting back. They whine that there is enough evidence to impeach our President. This is the clamor that has come from the Progressive socialist Democrats for months.

(ANP EMERGENCY FUNDRAISER!  On top of Susan’s recent heart attack, All News Pipeline just lost our biggest advertiser and source of income. Anything that you can do is greatly appreciated as we’re now facing a tremendous uphill battle ahead of us. Please consider donating to ANP to help keep us in this ‘Info-war’ for America at a time of systematic censorship and corruption.)

MUST READ RELATED by John Whitehead at the Rutherford Institute! “A New Kind of Tyranny: The Global State’s War on Those Who Speak Truth to Power“ 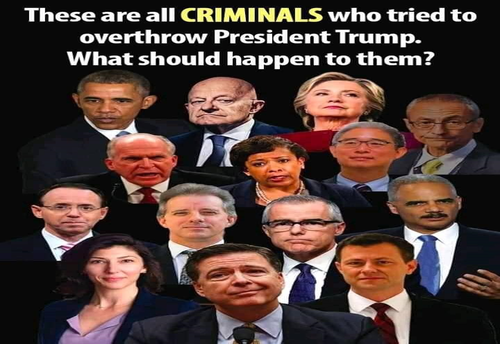 This entire debacle was set up by Schiff, and the Deep State years ago.

This impeachment process was set up years ago and made operational when the Russian hoax collapsed. Nancy Pelosi started the impeachment knowing full well that the request for impeachment came from pencil neck Adam Schiff.

They have been compiling a list of events that they want to make IT appear as impeachable offenses. They refuse to admit that this President has executive privilege and can keep the cabinet members, and in fact, any member who works with the President in the White House are not required to show up to a false impeachment.

They declare that anyone who does not show up will be subpoenaed and will be charged with obstruction. They intentionally claim that the President is obstructing not allowing personnel to appear before this false impeachment. They will use the obstruction of justice charges as a growing list of guilt.