Abram Goldman-Armstrong (pictured below), owner of the “antifa” bar Cider Riot, is finally calling it quits. This comes after multiple violent incidents, including a murder, involving his business. It is unclear why Goldman-Armstrong has yet to be held criminally liable for the violence he knowingly hosted in his bar. Last September, an investigation by the Oregon Liquor Control Commission found that during the May 1st “riots” at the establishment, Goldman-Armstrong knowingly hosted a number of patrons openly brandishing illegal weapons inside, personally helped provoke attacks on Proud Boys and Patriot Prayer members, and then lied to the police about everything.

Video footage from the incident shows masked anarchists under Goldman-Armstrong’s supervision assaulting bystanders on the sidewalk with mace, robbing a student of his camera then committing battery on him, and a multitude of other offenses.

Incredibly, six members of [the patriot group] Patriot Prayer seen in the footage not committing any crimes- including leader Joey Gibson – are being charged with felonies related to the May 1st incident. Not a single member of Rose City Antifa or RASH (a communist skinhead group known for starting fights then badly losing them) has been arrested. Even more farcical is Goldman-Armstrong’s offensive $1 million dollar civil lawsuit aided by extremists in the Oregon Justice Resource Center against Patriot Prayer in relation to the same episode. 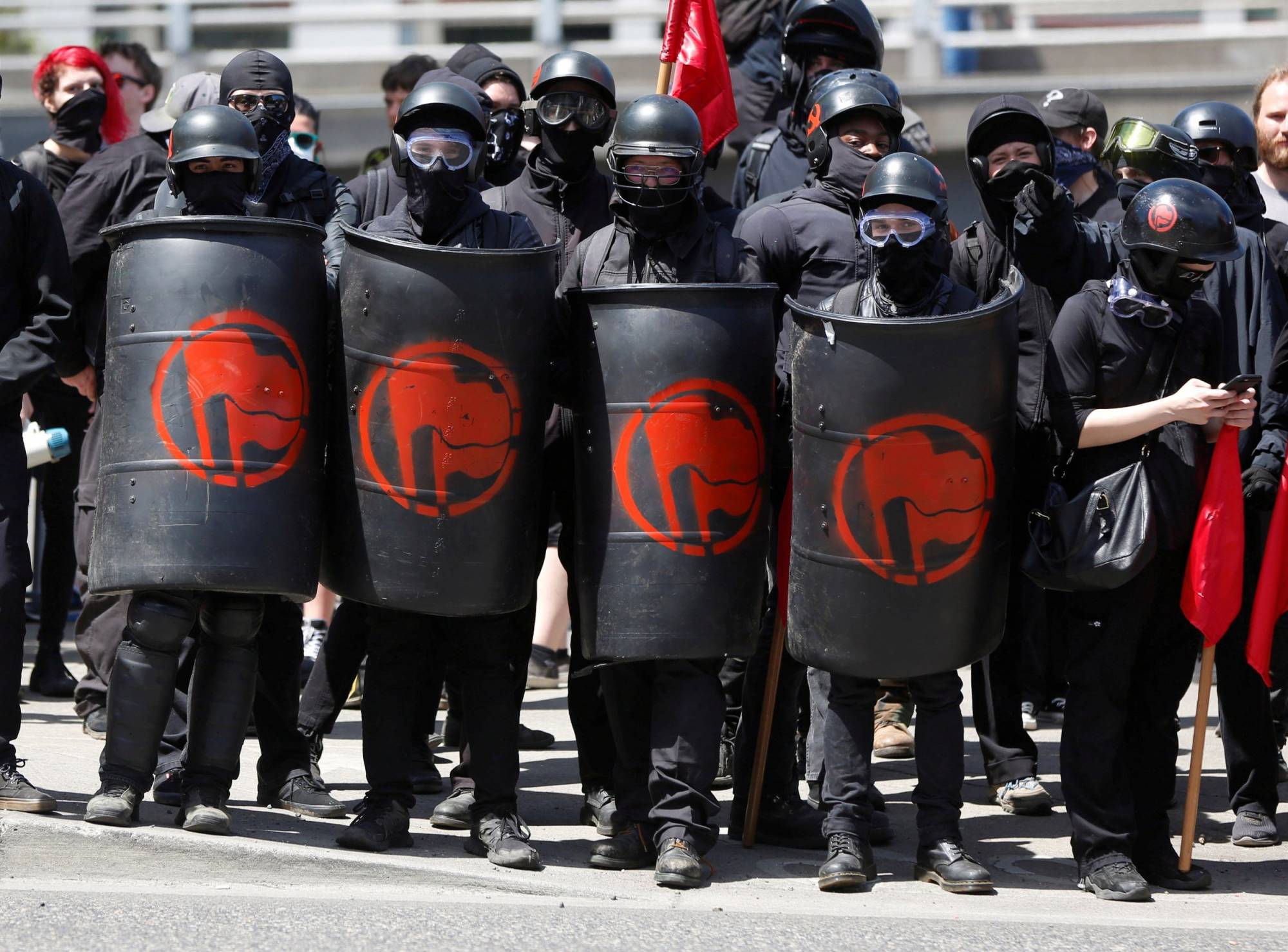 The judge overseeing the complaint, Andrew Lavin, is Jewish like Goldman-Armstrong, and refused a motion by Gibson to move the trial out of the city due to the fact that it is impossible for him to get a fair court proceeding in a city where Donald Trump won 17% of the vote in the 2016 general election. While he has shown a great deal of brazenness, things have been spiraling out of control for Goldman-Armstrong.

On October 12th, a member of the anarchist gang Rose City Antifa named Sean Kealiher was run over by an SUV during a shootout near the Cider Riot bar. Lawyers for the man who fired his gun, a RASH named Hyatt Eshelman, claim that the incident was not political. Their side of the story is that there was a verbal altercation between anarchists, which included Kealiher, and a number of random men, which then culminated in them hitting Kealiher with their car. Eshelman claims that he then fired into the SUV in retaliation, which caused it to careen into the Oregon Democratic Party offices.