When Did Putting America First Become ‘Racism’? And Why Is No One Promoting ‘Diversity’ In Majority Muslim Or Majority Black Nations?

When Did Putting America First Become ‘Racism’? And Why Is No One Promoting ‘Diversity’ In Majority Muslim Or Majority Black Nations? By Don Boys, Ph.D. – All News Pipeline

‘Democrats Have America On The Fast-Track To Being A Banana Republic, Without The Republic’

White Australian nurses must now apologize to minority patients for their white privilege before treatment! I would vigorously refuse to do so, so does that prove I’m a racist or a white supremacist? Does pride in being white make me a white supremacist and if so, is a black person a black supremacist if he is proud of being black? If not, why not?

Being a white Christian does not reflect badly on those who don’t fit that description, just as my love and preference for my wife does no harm and is no criticism of those who disagree. Just because you think your wife is more beautiful than mine and your children and grandchildren are the brightest and most loveable does not make you a bigot. You are simply wrong, since mine are! (I have the test scores and photos to prove it!)

That is called being “normal.”

I am convinced that immigration should be halted for five years with few exceptions, and we should raise our standards requiring new citizens to sing in English all the verses of “America, the Beautiful” and whistle the National Anthem at the same time–with a mouthful of saltine crackers! Well, maybe not quite that extreme, but almost!

We should try to receive the highest level, most competent, most motivated immigrants possible. 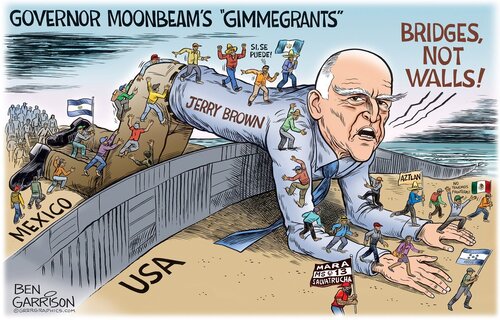 If it is noble, kind, and compassionate to take in an unlimited number of foreigners, then let the other advanced nations receive those benefits for a few years. Furthermore, if immigrants are offended when I sing patriotic songs, fly the American flag, and pray to Christ, then tough luck. This is a big world so they can find somewhere else to live. There is plenty of empty space on the Arabian Desert!

If America continues as it is: permitting massive legal and illegal immigration we will eventually become a banana republic—without bananas and without a republic!

It is not racism to suggest that the ethnic ratio of America is being changed, and while some think the change is good, I don’t. Should all Whites walk around with head down, never looking anyone in the eye because we are white? Why must white people apologize for being white? Is there an advantage for losing majority whiteness? Out of 193 nations of the world only eleven qualify as being “white.” Is that bad news? If so, why? No one is promoting adding Whites to the 54 black nations of Africa to produce diversity. Don’t the leftists want more diversity in black nations?

Just because I think being white is as good as being black, brown, etc., is that prima facia evidence that I hate other people? As usual, I will receive much heat but no light from my critics because they have no reasonable response.

Additionally, why make America into another Hispanic country? Aren’t the 21 nations that are Hispanic countries enough? There are far more nations populated by people of color than white nations. Why not have a mainly white nation here and there around the globe? Why do we need another Spanish-speaking or Islamic nation?

Moreover, those who emigrate here should learn to speak English! That is the least they can do. Teddy Roosevelt suggested that any immigrant who did not learn English within five years of his arrival should be shipped back home! Is that racist? 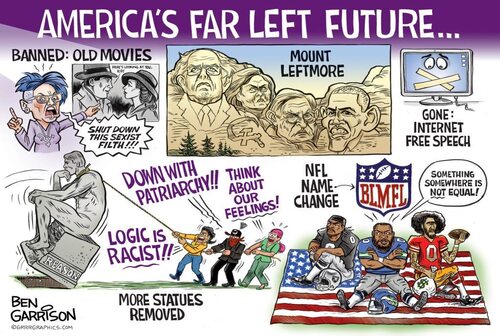 I have defended minority people and groups all my life. I have demanded that people be treated as people. If all people are treated with respect, kindness, thoughtfulness, and graciousness, then everyone benefits. I do not endorse or support the NAACP because they are racist in seeking the benefit of “colored” people. Why not seek the advancement of people? Must civil rights leaders be reminded that the “Jim Crow” days are long gone? If we seek the advancement of everyone, that will cover Blacks, Hispanics, Whites, Indians, etc.