TDC Note – The Most Dangerous Hat in the World! 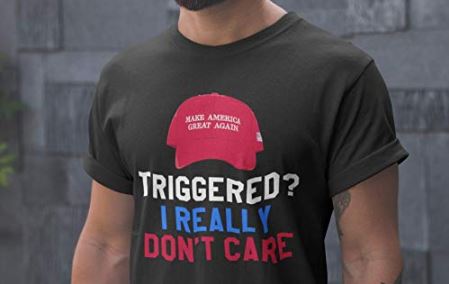 The closer we get to the 2020 presidential election, the more we are seeing yet another increase in incidents stemming from liberals triggered by seeing Trump supporters wearing “Make America Great Again” hats. It seems that nearly half the nation has become infected with Trump Derangement Syndrome, yet when confronted with facts, they have absolutely no argument other than to verbally, and in many cases physically, attack those they disagree with ideologically.

As liberals constantly attack Trump supporters as being “racist,” it is quite enlightening to see how fast their own racism comes out when they are interacting with a black Trump supporter, as we see in the first example discussed below.

The first example comes from a black Trump supporter, David Harris Jr., who frequently goes out in public wearing a black MAGA hat. Harris has his own radio show and YouTube Channel and has been to the White House. In a video posted to Streamable, Harris starts filming a woman that decided she had the right to confront him in an airport to inform him that “If you take that hat off it would make you look like you had a high IQ.”

During the exchange, Harris tells the woman her words imply that he is stupid, before she attempts to play semantics with terminology by implying he is “ignorant” about politics. When Harris then confronts her with facts, low unemployment, record low for blacks, Hispanics and women, she first attempts to imply that was due to the previous administration. When Harris then asks her if “anyone” could have taken office and seen those statistics, she says no, before he then points out that President Trump deserves some credit, then she tells him he needs to “educate” himself on the topics.

What is glaringly obvious is her tone, her insistence that he is the ignorant one, despite the fact he is the only one specifying policies and addressing issues like the stock market and unemployment rates.

The manner to which this white liberal woman is “talking down” to Harris, highlights how racist liberals are and how they feel they have the right to tell African Americans what they should be thinking and who they should be supporting.

During the exchange, another older white man is behind her shooting Harris a thumbs up, and after the exchange when she leaves, another older man and woman approach him calling the racist liberal woman an “idiot,” and pointing out how “ignorant” she sounded.

Now just imagine if the ideologies of the two above were reversed and it was a white conservative confronting a black liberal, implying that he was stupid, calling him ignorant on the topics and daring to inform him that if he dressed differently it would make him look like he had a “high IQ.”

CNN would be running the clip in wall-to-wall coverage as proof that Trump supporters and conservatives are racist. Other outlets, along with CNN would be hunting the woman down, doxxing her, confronting her on her own lawn.

Racism on the part of liberals is ignored by the establishment media. 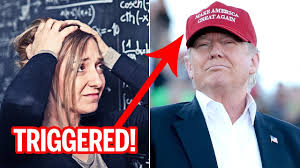 MAN ARRESTED FOR HITTING OLDER MAN’S MAGA HAT, THEN SPITTING ON HIM

While the Harris incident occurred earlier in 2019, this one is a little more recent.

At the Hurricane Grill & Wings restaurant in Vero Beach, Florida, a 67 year old man, Robert Youngblood was dining with two of his friends, while wearing his Maga hat. 43 year old Matthias Ajple approached him, slapped the bill of his cap, told him “You should go back to Russia you f**king communist,” then spit on him before leaving the Bar and Grill.