“I Was Fired for Helping Julian Assange, and I Have No Regrets”

“I Was Fired for Helping Julian Assange, and I Have No Regrets” By Fidel Narvaez and Stefania Maurizi for Global Research

We talk to Fidel Narvaez, the ousted Ecuadorian diplomat who handled Julian Assange’s case about why Lenín Moreno caved to international pressure, broke his promises, and gave Assange up to British authorities.

Assange had been granted asylum in 2012, at the height of Latin America’s Pink Tide, when progressive governments across the continent challenged US interference in the region. Six and a half years later, Assange’s expulsion reflects a rightwards shift in Ecuadorian politics and a new president, Lenín Moreno, willing to serve US interests.

For his cooperation, Moreno has been warmly received by Washington, with Secretary of State Mike Pompeo expressing his enthusiasm to “continue to work in partnership” with Ecuador.

To discuss the dynamics behind Ecuador’s decision to expel the Australian Wikileaks founder, Jacobinspoke to Fidel Narvaez, the former Ecuadorian consul in London, who was instrumental in obtaining asylum for Assange in 2012, and who spent six years at the embassy with him.

Stefania Maurizi: When did you first hear about Julian Assange?

Fidel Narvaez: I first heard of Julian in 2010, when Wikileaks began publishing the archives of American military and diplomatic document. I personally approached him in 2011, because my government was interested in making public all the diplomatic cables on Ecuador. We were not looking for privileged access to the cables, but we did want them available in the public domain. To that end, in May 2011, Wikileaks released all those documents — and with no strings attached.

Since then, I had maintained some contact with the Wikileaks team, so when Julian reached the stage where he needed protection, and knocked on Ecuador’s door, he came to me first. I felt very strongly about the idea of protecting him, because my background is not in diplomacy, but in human rights. I was absolutely convinced that he needed protection.

SM: Did you ever perceive that by providing protection to Assange, Ecuador’s then president, Rafael Correa, wanted to antagonize the United States?

FN: The United States is a major superpower. It’s also Ecuador’s most important economic partner, so it’s not in our interest to look for a fight. However, we did want to make clear that we were not prepared to have the same relationships that we historically had. That’s why we said “no” to the Manta US military base: we wanted to exercise our sovereignty in accordance with our new Constitution, which allows no foreign military presence in Ecuador. 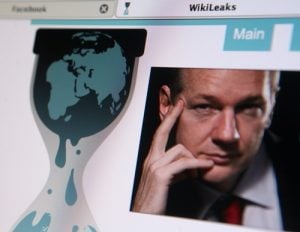 When WikiLeaks cables brought to light one American ambassador’s interference in Ecuadorian internal affairs, she was subsequently expelled. We also expelled several CIA agents, because they were interfering with our police forces. We refused to enter free trade agreements with the United States, because they weren’t the best deal for our country. In the case of Julian, we were not obliged to provide asylum, but we saw it as a human-rights issue, and the right thing to do.

SM: What happened immediately after you granted him asylum?

FN: The United States, of course, was not happy, and I think they were acting through the United Kingdom. The official American discourse was to deny that they were going after Julian. But the day before we announced the asylum, the United Kingdom delivered a letter threatening to enter the embassy to arrest Julian. They also deployed a disproportionately large contingent of police, and at night they closed the street to normal traffic. There were policemen everywhere: they were outside every window and they were even inside the building, because there was an interior patio. Ecuadorian diplomacy reacted fast and publicly rejected the threats: you can’t storm an embassy, not even during a war. The British backtracked, and even tried to say that we had misunderstood. In any event, Ecuador stood firm and granted asylum. We protected Julian for six years until the change in government.