Would Another Civil War Would Immediately Bring About TEOTWAWKI?

Would Another Civil War Would Immediately Bring About TEOTWAWKI? By Stefan Stanford – All News Pipeline

With Democrats & Republicans Living In Parallel Universes, America Has Become A Time Bomb, Ready To Explode

In the dystopian, ‘near-future-history‘ fiction movie ‘V For Vendetta‘, America has been completely devastated following a global nuclear war, leaving what’s left of our nation completely divided and embroiled in a bitter Civil War that has left the entire nation in tatters. And like ‘real life‘ mimicking art so many times previously, many now warn such a situation, without the nuclear war, is closing in on reality.

In one of the most important stories out there explaining why America has seemingly never been more divided since the Civil War, this story at The Hour reports that Americans are living in ‘parallel-universes‘. And we’ll argue that until ‘truth‘ is revealed to the masses, we’ll continue on a path towards another Civil War with half of the country still living in an ‘alternative reality‘ based on mainstream media/democrat party lies.

With nearly 7 in 10 Americans believing the US is ‘on the edge of civil war‘, and Americans completely divided on just about everything, as we had argued in this October 1st ANP story, maybe only Attorney General Bob Barr and the DOJ might be able to ‘prevent‘ such a war by finally getting the truth to those who’ve heard nothing but lies. And while many leftists suffering from ‘Trump derangement syndrome‘ will refuse to recognize ‘truth‘, even when it smacks them right in the face, and largely because of Democrats and the msm continuously pushing lies to the ‘leftist masses‘, this new story reporting the DOJ has opened up a criminal investigation into the Russian collusion hoax hints that things could get very interesting here in America, very quickly.

Yet as Michael Snyder reported in this new story over at The Economic Collapse Blog titled “Most Americans Do Not Believe That This Chapter Of American History Is Going To End Well“, no matter what happens in regard to this ongoing impeachment debacle in the weeks and months ahead, millions of Americans on one side or the other will end up incredibly angry.

And with “The Communists Trying To Overthrow President Trump Via ‘Secret Kangaroo Court’ Impeachment Trial” proving that many Democrats have forgotten history, as John Velisek had reported within this October 25th ANP story, “impeaching President Trump without due process is a call to arms” to millions of Americans who’ve been watching this ‘act of war‘ upon Americans being carried out for the past two+ years by treasonous Democrats and RINO’s in Congress who put ‘globalism‘ ahead of the American people.

So first, the excerpt below comes to us from Michael Snyder’s excellent story with much more below, including a deeper look at new revelations coming out of the Justice Department that they’ve launched a criminal investigation into themselves and the ‘deep state‘ over the ‘genesis‘ of the ‘Russia investigation‘.

This is a very difficult article for me to write. America is more divided today than it has ever been in my entire lifetime, and the very deep divisions that now exist are getting deeper with each passing day. In particular, the animosity between the political left and the political right has risen to an extremely frightening level. Instead of learning to love those that we disagree with, we are constantly being trained to absolutely loathe them, and the pot is constantly being stirred by the mainstream media and many of our national leaders. And as both sides go at it like cats and dogs, irreparable damage is being done to our political system. At this point, we are not too far away from a point where this country will not be governable by anyone. Our federal government has degenerated into a bad soap opera featuring an endless parade of insults, threats, petty stunts, scandals and investigations. All of this drama may be entertaining at times, but it is not any way to run a country.

And now all of the political strife and discord in this country has been given a focal point. I have repeatedly warned that Democrats should have never gone down the road of impeachment, because either way this process turns out it is going to be very bad for America.

If Trump is impeached by the House but protected by the Republicans in the Senate, the left is going to go absolutely ballistic.

But if Trump is impeached by the House and then removed from office by the Senate, the right is going to go absolutely ballistic.

Either way, this story is going to have a very negative end.

Frustration and anger have been building in this country for a very long time, and now this impeachment process threatens to be a flashpoint. No matter what happens, tens of millions of Americans are going to be deeply, deeply upset by the result, and you don’t want to be there when their anger is unleashed.

There are going to be a lot of twists and turns to this drama in the weeks ahead, but it is becoming increasingly clear that the end result will not be a good one for America. And as I just detailed above, a large percentage of the population shares my pessimism regarding how this chapter in American history will end. 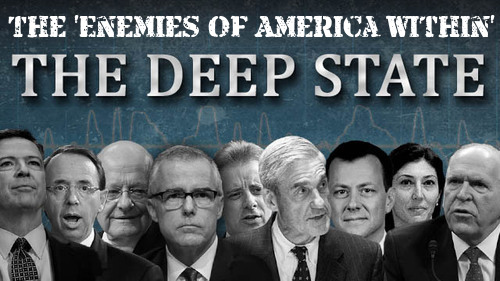 This new story over at the Gateway Pundit titled “GET YOUR POPCORN READY – Four Different Reports Released Last Night Indicate the Days Ahead Will be Devastating for the DEEP STATE!” hints that one day in the weeks ahead, we really may see what we believed impossible, the ‘take down‘ of the ‘deep state criminals‘ who sold out America for globalism while attempting to overthrow the results of the 2016 election.

As Susan Duclos had reported in this October 25th ANP story titled “Tick Tock! Walls Closing In On Deep State – DOJ IG Report Imminent, Leads To Durham ‘Review’ Status Changed To Criminal Investigation – Media, Democrats So Panicked They Are Already Spinning Like Mad“, it appears that the public is about to get the answers we have all be waiting so impatiently for in regards to the multiple investigations being conducted into the actions of top level intelligence community officials leading up to, and after, the 2016 presidential election.

And while I myself have long said that I won’t be holding my breath until these folks are held responsible for the damage they’ve done to America, these little ‘morsels‘ of good news could quickly turn into mountains of damning evidence against the Democrats, leading straight to Hillary Clinton and Barack Obama. From the Gateway Pundit story.

The news coming out on four fronts indicates that the Deep State should be very worried.

Those of us uncovering the many corrupt actions taken by President Obama’s Deep State have been looking forward to this day for some time! Last night it was as if the planets aligned against the Deep State.

On four different fronts it’s now clear that the crooks in the Obama Administration should be very worried.

With President Trump now calling out Barack Obama treason for illegally spying on him during the 2016 presidential campaign also hinting that things could get very ugly politically in America and very, very quickly, as Susan Duclos had reported in this October 24th ANP story, “It’s Time To Give The Democrat/Communists A Taste Of Their Own Medicine! Conservatives Must Fight Fire With Fire When Fighting Rabid Hyenas, Or Die As Slaves – It’s Time To Choose!” 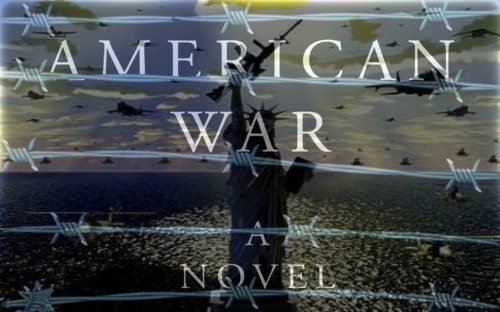 Before we continue I must emphasize once again that I am totally against another Civil War in America as such as scenario would immediately bring about ‘the end of life as we know it‘ and turn neighbor against neighbor, possibly resulting in tens of thousands if not many more deaths and casualties to innocent Americans. And another Civil War in America would surely bring a ‘deep state‘ crackdown upon freedom unlike anything we’ve seen in our lifetime’s except for in other nation’s like Venezuela where it’s illegal to even criticize politicians. Yet Americans being eternal ‘slaves‘ to globalist politicians or allowing Communists to overthrow US elections because they didn’t like the results are also not options.