Insider: CNN ‘Sold Themselves To The Devil’

Insider: CNN ‘Sold Themselves To The Devil’ – As Employees Vent About CNN Becoming ‘Infotainment’ Rather Than News, Big Tech Rushes To Protect CNN By Censoring Project Veritas Reports By Susan Duclos – All News PipeLine

– Looks Like They Have All Sold Their Souls To The Devil

While ANP covered the first two releases from Project Veritas after an employee from CNN became a whistleblower and provided video and audio of CNN President Jeff Zucker and multiple other employees discussing the internal workings at CNN, the inherent bias against President Trump which stemmed directly from the “vendetta” against Trump from Zucker, and the fact that the entire network was forced to become anti-Trump all day every day because of that vendetta, in their third release we note some very damning statements against CNN from some high level employees.

After watching the entire third release, it becomes apparent that if we redact the “CNN” references from the statements, one could reasonably apply the statements to almost all of the establishment media outlets during the Trump era, as well as big tech and social media giants.

Along with the newest key quotes from multiple CNN employees caught on video, we also find out that YouTube is deliberately suppressing content creators that are reporting on the Project Veritas reports, forcing those creators to edit, blur out, and remove specific mention of Project Veritas and other key quotes and content in order to get the suppression lifted. 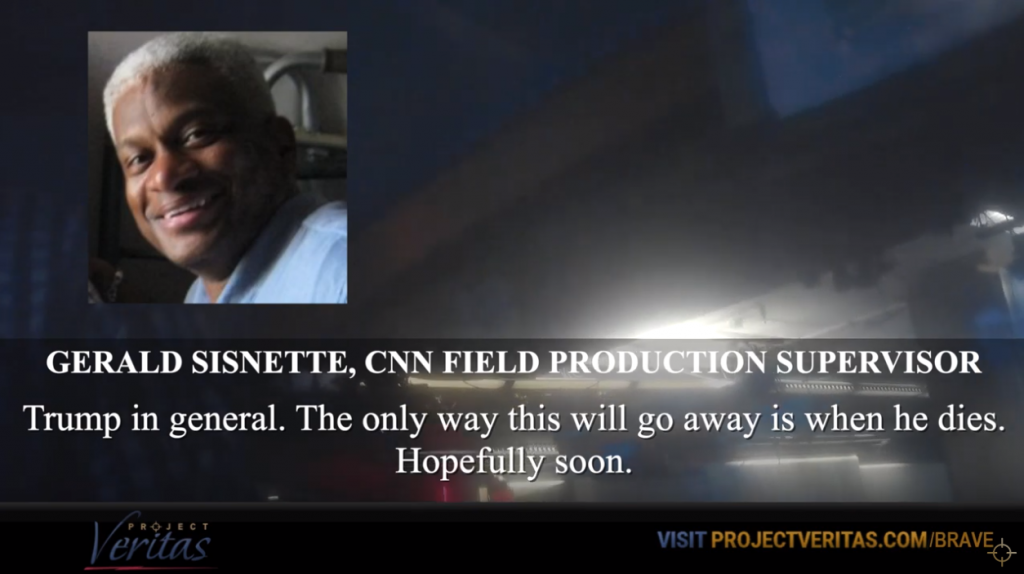 CNN INSIDER: ‘THEY SOLD THEMSELVES TO THE DEVIL’

The Project Veritas report on this third release lists a number of quotes and highlights the name of employees and their position within the company along with the quotes, but after listening through the entire release, there are many that weren’t highlighted (yet) by Project Veritas, but to which we find very telling about the CNN, Zucker, the discontent within the network over what Zucker has done to the network, and the overall employee morale.

We’ll start with the quotes highlighted by the Project Veritas article and move on to the other quotes which are just as revealing.

• Manager of Field Operations at CNN Patrick Davis, discusses the “9AM (rundown) calls where Zucker gives the employees their marching orders on what he wants covered and how he wants it to spin, stating “I Haven’t Listened to a 9AM (Rundown) Call in About 15 Years…Just, I Can’t Listen to It. It’s All Just a Bunch of Bullsh*t.”

Davis also complains “We Could Be So Much Better Than What We Are.”

• Floor Manager at CNN Mike Brevna: “They Sold Themselves to the Devil. It’s, It’s Sad.”

• Senior Field Engineer at CNN Scott Garber: “We Used to Cover News. We Used to Go Out and Do Stories.”

Then we have the “Trump hate” engendered by Zucker and the entire upper echelon over at CNN.

• Field Production Supervisor at CNN Gerald Sisnette: “The Only Way This Will Go Away is When He (Trump) Dies. Hopefully Soon.”

Other comments that captured our attention after listening to thew entire video include, but are not limited to the following:

• CNN Media Coordinator Christian Sierra, explains that in while trying to tell the news, CNN has become an outlet that tries to “create the news,” by manufacturing conflict.

• Manager of Field Operations at CNN Patrick Davis details how there is no middle of the road reporting as learned in journalism school, but now it is just “infotainment,” before he states “There is no true news media outlet.”

Davis also made a very interesting point about the hypocrisy of how CNN is being run by Zucker. Davis explains that what seems crazy to him is that Obama was caught on camera telling Russia he would have more “flexibility” after his reelection, yet CNN is intent on hammering President Trump for “twisting an arm,” as he points out that “everyone is trying to do this (impeachment) from a ‘holier than though perspective’ like ‘Oh he abused his power,'” but “those a**holes, those 500 a*ssholes up there [points upstairs at CNN] abuse their freaking power every day. They do this sh*t every fricking day. “

He then gives a key quote: “What he [Trump] was doing was nothing compared to what these a**holes are doing on a daily basis.”

Other key quotes from a variety of sources tell the story of how CNN sensationalizes news, while ignoring other world events or national news, with quotes such as “no news- anytime,” or “No news, just Trump,” and how Zucker has basically said “F*ck all the other stories.”