Delusional Hillary Clinton Thinks She Won The 2016 Election – ‘I Can Beat Him Again’ In A ‘Rematch’ She Says, Despite The Fact That She Lost Last Time

Delusional Hillary Clinton Thinks She Won The 2016 Election – ‘I Can Beat Him Again’ In A ‘Rematch’ She Says, Despite The Fact That She Lost Last Time By Susan Duclos – All News PipeLine

We have seen an incredible amount of craziness from the left since the 2016 election, from the whole Russia collusion hoax to liberals planning and organizing a day to “scream helplessly at the sky,” on the first anniversary of President Trump’s election, to a never-ending litany of claims that “this is the beginning of the end” for President Trump throughout 2017 and 2018, to liberals creating their own  “Earth 2” alternate reality where Hillary Clinton is the President, but no level of crazy tops the bat-crap insanity we have seen from Clinton herself.

For nearly three years she has plugged her “What Happened” book, and has gone on interview after interview, eventually coming up with 39 different reasons that she lost the 2019 presidential election, blaming everything and everyone but herself.  She has called President Trump an “illegitimate President,” despite the fact that Trump one 304 electoral votes compared to Hillary Clinton’s 227.

(Note) – Technically it should have been 306 to 232 but there were seven total faithless electors. More here on that.)

For nearly three years Hillary Clinton has whined that she received the “popular vote,” with her claim of that she recieved three million more votes that President Trump.

As an example of why the Founding Fathers did not set American elections up using popular vote, look to California, where Clinton received nearly four million more votes than President Trump did. If the popular vote counted, then California would have been able to dictate who was elected.

Hence using the electoral college so that every state has equal representation according to their population.

In other words, President Trump won 30 states, and Clinton won 20. The majority of states, not individuals in liberal enclaves, elected Donald Trump as President.

Perhaps that is why on October 4, 2019, Clinton quoted Barbara Jordan from 1974, by tweeting “If the impeachment provision in the Constitution of the United States will not reach the offenses charged here, then perhaps that 18th-century Constitution should be abandoned to a 20th-century paper shredder!”

Of late, Hillary Clinton has truly lost touch with reality………specifically the reality that she lost the 2016 election. 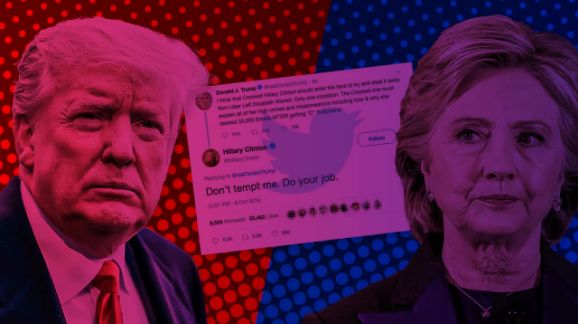 While Clinton is on record back in March as saying she was not going to throw her hat in the ring for the 2020 presidential election, immediately after she made that statement, Clinton supporter, Maggie Haberman of the New York Times, insisted “Spoke to someone close with Clinton in contact with her today. They say she wasn’t trying to be emphatic and close the door on running when she spoke to a local reporter yesterday, and that she was surprised by how definitively it played.”