“They laugh at me because I’m different. I laughed at them because they’re all the same.” – The Joker

Just when you’ve thought you’ve seen it all, the ‘Communist News Network‘ CNN has descended to dangerous new levels of absurdity. As Paul Joseph Watson reports in this new Summit News story, a new CNN story claims the movie ‘Joker‘ is not only ‘racist‘, but that it is ‘an invidious validation of the white-male resentment that helped bring President Donald Trump to power‘.

Just the latest leftist attack upon ‘art and entertainment‘, with the left’s pack-rats attack upon ‘laughter‘ coming close to ‘killing comedy‘, it was the left’s attack upon comedy that led Joker’s Director Todd Phillips to do this film because ‘he finds it hard to be funny in woke culture‘. Phillips, who previously had produced comedy films such as the ‘Old School‘, ‘Road Trip‘, ‘The Hangover‘ trilogy, obviously sees what the website ‘Human Events‘ sees in this excellent new story, reporting: “Gone are the days in which a movie is just a movie. Cultural critics and the outrage media have achieved such prominence in contemporary culture that today, a simple comic book movie can inspire panic amongst even the likes of the NYPD”.

With the subtitle to that Human Events story being “Masked agents of chaos spread lies and fear in order to control the masses: it’s not incels, it’s the outrage media” referring to both the msm and the self-pitying ‘involuntarily celibate‘ males that Susan Duclos had reported on within this June 20th ANP story, males who Susan reported ‘want to terrorize females‘ and whose numbers have grown with the rise of radical feminism, we should be paying very close attention to all of this in the days and weeks ahead as ‘Joker‘ makes its way across America and the left seeks to further demonize President Trump and his supporters.

With even the US Army and Department of Homeland Security putting out warnings of mass shootings at ‘Joker‘ screenings due to what they consider ‘credible threats‘, while the msm continues demonizing white men at each and every opportunity they get, and now linking ‘Joker‘, ‘white supremacist terror‘ and ‘President Trump supporters‘ together in the minds of their dumbed down readers and viewers, a ‘recipe‘ for a false flag attack at a ‘Joker‘ screening to further demonize President Trump and his ‘deplorable‘ supporters may be in the works. From this CNN story saved at Archive.

While many reviewers have focused on Fleck as an “incel” hero — his status as a sexless loner who turns to violence — the true nature of the movie’s appeal is actually broader: It’s an insidious validation of the white-male resentment that helped bring President Donald Trump to power.

“Joker,” at its core, is the story of the “forgotten man,” the metaphoric displaced and disenfranchised white man whose goodwill has been abused and whose status has been reduced. A man who has been crushed underfoot by the elite, dragged down by equality-demanding feminists and climbed over by upstart nonwhite and immigrant masses.

‘Joker’ draws from the same well of resentment that Trump strums with his racist rhetoric at his rallies — the fear of no longer being at the center of the political, social and cultural universe, with everyone who isn’t you positioned at its perceived edges. (After all, being racist, sexist and anti-gay only “pushes boundaries” if you define yourself as “normal” and define nonwhite, non-male and non-straight people as marginalized outsiders.)

Yet the CNN piece neglects to mention the very real globalists attacks upon Christianity that now are nearing genocide levels nor all of the leftist attacks upon law-abiding Americans just for being President Trump supporters, with the ‘diversity‘ leftists babble on about incessantly obviously having no room for ‘whites‘ or even those of other races if someone supports President Trump.

And as we hear in the must-watch 1st video at the bottom of this story from ‘Mahalet‘, a young woman who was once an abandoned, impoverished orphan from Ethiopia who was adopted by Christians and brought to America, a very real battle between good vs evil is now ongoing in America as Susan Duclos had reported in this October 4th ANP story. And history has proven ‘evil‘ will happily use ‘false flag terror‘ if it furthers their agenda. ‘Mahalet‘ is a President Trump supporter who nearly brought President Trump and the crowd at the Black Leadership Summit to their knees as the Daily Caller reported in this recent story. An internal ANP link directly to Mahalet’s amazing talk at the White House is here. 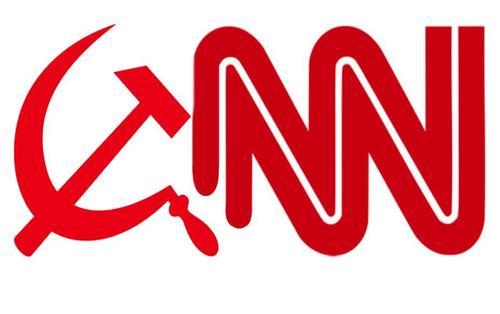 With the Communist News Network even now using art and entertainment to attack President Trump and ‘comedy‘ being killed partially because comedians no longer want to argue with the 30 million member, easily offended ‘twitter outrage mob‘, the Director of ‘Joker‘ took a direct shot at current day Democratic politics, a refreshing thing to see knowing just how far left Hollywood has gone over the past several decades.

Tuesday’s Vanity Fair interview marked the second time in a week that Phillips had criticized left-wing politics as he promotes his film.

Addressing criticisms that the movie promotes a sympathetic origin story for male violence, as well concerns that it will be championed by so-called incels (i.e., misogynist “involuntary celibates” who blame women for not wanting to sleep with them), Phillips blamed the controversy around the movie on the “far left.”

“I think it’s because outrage is a commodity. I think it’s something that has been a commodity for a while,” he told the Wrap. “What’s outstanding to me in this discourse in this movie is how easily the far left can sound like the far right when it suits their agenda. It’s really been eye-opening for me.”

And Joker star Joaquin Phoenix also pointed out the obvious, anything can trigger the left in 2019.

“We’re making a movie about a fictional character in a fictional world, ultimately, and your hope is that people take it for what it is,” he said. “You can’t blame movies for a world that is so f**ked up that anything can trigger it. That’s kind of what the movie is about. It’s not a call to action. If anything it’s a call to self-reflection to society.”

Yet as this previously mentioned story over at Human Events pointed out, large parts of America are now being triggered by a movie with CNN’s story about how it validates President Trump’s policies and the alleged ‘angst‘ being felt by ‘white males‘ across the country in 2019 being tied together with fears of an impending terror attack upon a ‘Joker‘ screening urges us to be in ……. From the Human Events story.:

Moviegoers in New York who are rushing off to see Joker after its triumphant start at the Venice Film Festival will be accompanied by undercover officers deployed to select locations for the film’s opening weekend. The NYPD, reacting no doubt to the alert issued by the U.S. Army about the potential for a mass shooter during screenings of the Warner Bros. film, warn that the film could incite another event like the 2012 mass shooting in Aurora, Colorado. The U.S. Army claimed to have issued its warning as a precaution in response to “credible intelligence” pertaining to “disturbing and very specific chatter” that threatened the “targeting of an unknown movie theater during the release.”

Both the military and the police are reacting to concerns that Joker is, in fact, a call to arms for violent, alienated men. As noted by Time Magazine, critics who saw Joker during its run at the Venice and Toronto film festivals have called it “dangerous”, “deeply troubling” and “a toxic rallying cry for self-pitying incels.”

Director Todd Phillips refuted the claim that the film is an attempt to rationalize or empathize with white male violence—correctly pointing out that the panic (which has, if nothing else, served as excellent, free publicity for the film) is largely a product of left-wing outrage culture.

In the instance of Joker, outraged journalists , not internet memelords—or even “incels”—are the agents of chaos and fear.