Get Ready For ‘It’ To Hit The Fan

TimeLine of Events Show Why The ‘Deep State,’ Media & Democrats Are Melting Down Publicly

Many times we at ANP have warned that if we thought liberals went crazy after the election of President Trump, then became downright unhinged during the confirmation hearing for Brett Kavanaugh to the Supreme Court, just to go into a freefall of depression when special counsel Robert Mueller could not establish any “collusion” with Russia on the part of the Trump campaign of 2016, we have seen nothing that will compare to the outright insanity we will observe by crazed liberals should President Trump win reelection.

While that prospect is yet more than a year away, watching the events over the past months, when we step back and look at the entirety and timing of said events, a picture emerges that tells us we may see that insanity long before the 2020 elections even get here.

By now someone would have to have been living under a rock to be unaware that House Democrats are pursuing an “impeachment inquiry,” meaning an investigation into whether they think they can vote on articles of impeachment. It is also common knowledge that the Senate, controlled by Republicans, would have to have two-thirds agree and convict in order to remove President Trump and they do not have those numbers.

In other words, this is all for show, a calculated decision in an attempt to continue keeping a cloud over President Trump’s head because they fear he will indeed be reelected in 2020.

Why now, over a year before the actual presidential election? Well, it all comes down to timing, and events that are beyond their control has them in panic mode.

Specifically, the upcoming DOJ Inspector General report on possible FISA abuses, which word has it will be released within the next two weeks, with some saying it could drop as early as this Friday, and the Barr/Durham investigation into the origins of the Russia probe. 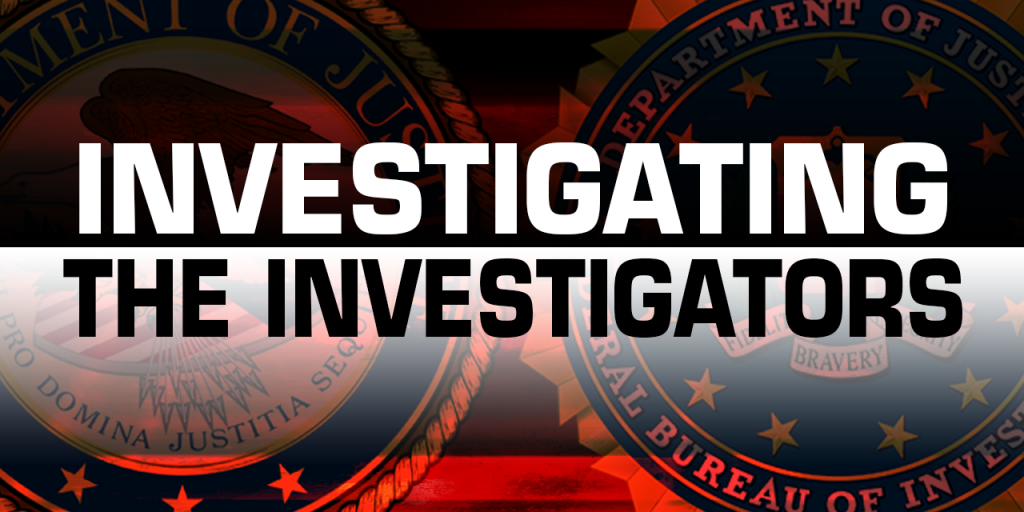 TIMELINE OF EVENTS WHICH HAVE THE MEDIA AND DEMOCRATS PANICKING

The timeline below is all public knowledge, and links are provided to each event as it happened, which show that after the Mueller investigation ended, and the investigation into the investigators began, Democrats, the establishment media (I know, same thing!), and former intelligence officials from the Obama era, along with “deep state” holdovers, all realized that the truth, which they all knew but denied, was going to become public.

Those deep state holdovers were described recently by Stephen Miller, a senior adviser to President Trump, in an interview with Breitbart:

The deep state is a collection of permanent bureaucrats enmeshed inside the federal government who can’t be fired or removed — at least historically, have not been able to be — because of misguided civil service laws. They believe they know better than you, and your listeners, and the voters how the country ought to be run. At this moment in time, the deep state has a knife aimed at the heart of American democracy, and that’s what you’re seeing playing across your TV screens and newspapers pages and online, with these so-called whistleblowers, who are, of course, in fact, angry hate-filled rage-driven bureaucrats determined to take down the President of the United States and illicitly and improperly using the Whistleblower Protection Act in order to effectuate their designs.

I use Miller’s description as it clearly explains why many of the former intelligence community members have been fired, but others have not been cleaned out yet. Firing a career employee can sometimes take over two years, even those convicted of a felony, as reported over at The Federalist.

The timeline below show what has them all so scared that House Democrats are willing to commit political suicide to distract from what is coming.

On April 10, 2019: Attorney William “Bill” Barr informed Congress that he would be reviewing the origins of the Russia investigation, and the “spying” that was conducted against the Trump campaign, resulting in the appointment of a special counsel, Robert Mueller, which lasted nearly two years and cost American taxpayers tens of millions of dollars.

Late May 2019: Democrat politicians, with the help of the liberal media, were already attempting to discredit the investigation into the original investigators, calling it a “cover-up,” and accusing Trump of “weaponizing” the DOJ.