Leftists Call For The Arrest Of Trump Officials

It Could Happen Here! The Timing Of Everything Suggests America Is Approaching A National Nightmare In 2020

With loud chatter of Civil War in the air as the Democratic party and the treasonous bureaucracy they created within our intelligence agencies continue their very real coup attempt against President Donald Trump while attempting to completely negate the vote of the American people, which would fully transform America into a banana republic, we probably shouldn’t be the least bit surprised that the US Marines have just put out MARADMINS Number 550/19 titled “MANPOWER GUIDANCE FOR ACTIVATION AND DEACTIVATION OF RESERVE COMPONENT MARINES ORDERED TO ACTIVE DUTY ISO DEFENSE SUPPORT OF CIVIL AUTHORITIES” signed October 3rd.

Found on the official website of the United States Marines, this announcement was put out the same day the Southern Poverty Law Center put out this story warning that militia movement and rhetoric have been elevated all across America following a recent President Trump tweet and the day after this October 2nd story over at NC Renegade titled “Militia’s Activating All Across The Country!! We Are Approaching Civil War?“. The key section of the Marine Corps MARADMINS reads: “Requests for Federal assistance will come with little warning. As required, the Marine Corps must rapidly mobilize RC units and personnel IAW this MARADMIN in order to respond to threats in the Homeland.”

What exactly does that mean? Might it suggest that should civil war break out in the United States, it’ll be ‘answered‘ by America’s own armed forces? Though Reserve units have previously been deployed in the US numerous times and for a number of different reasons, having them deploy to ‘defend civil authorities‘ is a totally different beast and hints of something serious ahead.

And with all of this coming at a time when Michigan Democratic Representative Rashida Tlaib recently told her constituents that House Democrats were attempting to figure out ‘how to arrest Trump officials who resist subpoenas during the impeachment process‘ as the Daily Caller had reported in this new story, promising ‘to take care of them‘, what the Democrats are calling ‘impeachment‘ is clearly a last gasp globalist attempt to regain control of America with Democratic presidential candidates looking so bad that evil Hillary is likely preparing to run again.

And with antifa terrorists arming up to prepare to defend the leftists/lgbt agenda while calling for a ‘black bloc protest‘ at a President Trump rally in Minneapolis, Minnesota on October 10th, the official antifa event poster actually claimed ‘America Is Canceled!‘ though Conservatives preparing to defend their families against whatever kind of leftist terror that is unleashed upon America will never allow antifa’s wishes to come to pass. Yet the fact that there are more guns in America than people with our nation of 328 million owning 393 million guns suggests that if another Civil War does begin in America, it’ll be downright ugly.

So while we’ll continue to pray that cooler heads emerge in America and the masses soon find out the truth about what they’ve been being lied to about by the mainstream media and Democratic party for a very long time now, we’ll also take a look within the rest of this story at more signs America is approaching a ‘national nightmare‘ in 2020. 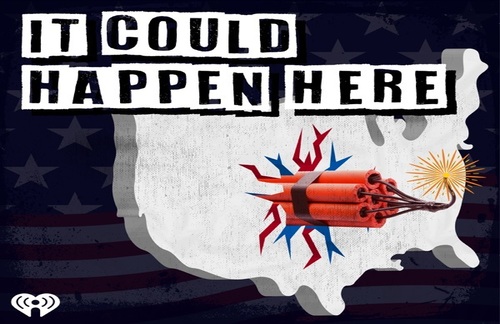 According to Professor Paul Brians, “the Communists want to take over the whole world“. While to most Americans, the thought of another Civil War in America in the current day we live in might sound impossible, as Professor Brians points out in the first paragraph of his story, “let us begin by acknowledging that Marxists indeed advocated that all the world should become Communist, but not by hostile takeover. Rather, they advocated a series of national revolutions around the globe which would allow the victorious workers ultimately to join together as one, abolishing the very idea of nationhood”.

Sounding similar to what we’ve been watching as leftists push for the abolishment, or ‘canceling‘, of America in antifa’s words, Democratic politicians have been ceding America’s sovereignty and national borders over to ‘globalism‘ for many years now. As this October 2nd story over at the Powdered Wig Society reports, according to former CIA agent Kevin Shipp, what we’ve been witnessing from Democrats in Congress and the ‘operatives‘ that they installed within President Trump’s government has been nothing less than treasonous with their attempts to ‘cancel‘ America and overthrow the results of the 2016 US elections nothing less than a seditious conspiracy to take down America. From the Powdered Wig Society story.:

Ex-CIA agent Kevin Shipp shares his opinion on why the Democrat Party is employing its last hope, impeachment, to prevent President Trump from being reelected and putting many of them in prison for decades to come.

Shipp believes that many deep state operatives are guilty of treason and may very well pay the ultimate price, execution, for their crime against We the People.

I believe there are at least two players who could potentially be indicted for treason – Barack Hussein and Hillary Clinton, both of whom gave aid and comfort to the enemy, Iran and a variety of terrorist groups. The others appear to be guilty of at least seditious conspiracy, conspiring to overthrow a duly elected President, therefore the government of the United States, for which the penalty is up to 20 years in prison per charge, and I believe most can be charged with many counts. 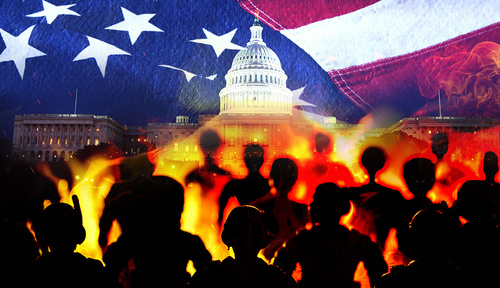 And while the Guardian recently reported that according to Steve Bannon, the so-called ‘deep state conspiracy theory‘ is for ‘nut-cases‘, Bannon also confirmed that we’re witnessing a ‘coup’ in progress though as he says, “there’s nothing ‘deep’ about it. It’s right in your face.” And yes, with both the ‘new world order‘ and ‘globalism‘ also ‘right in our faces now‘, despite long being called ‘tinfoil hat conspiracy‘, as this new story over at Armageddon News that Steve Quayle linked to on his website Saturday reports, “the elite have made no secret that they wish to destroy American hegemony at all costs. America will likely be exposed to an attack so fierce that nothing will remain to rebuild.” From their story.: