We saw gold get knocked down before and during the reading of the nonsensical BLSBS numbers report this morning. However, we are seeing a reversal this afternoon.

Gold, as we continually repeat, is going higher and now we have another log to throw on the fire – a log made of pork.

The World Gold Council is out with a report this morning saying that gold demand might ramp up in China for a  totally unexpected reason – renewed inflation driven by the rising price of pork. “Gold is well known for its inflation hedging properties,” writes the Council’s Ray Jia. “During periods of higher inflation – higher than 3% – the gold price has risen in both the US and the UK, by an average of 15% and 12% respectively. And it’s the same story in China. During the past 17 years, the annual nominal return of Au9999 – the physical gold contract traded on the Shanghai Gold Exchange since 2002 – averaged 17% during years when inflation rose above 3%.” Source

The criminal Federal Reserve has manipulated the CPI (Consumer Price Index) rate of inflation, in the U.S. to the point of only measuring consumer items that are, basically, luxury items such as computers, TV’s and the like. Nothing like heating oil, gas for our cars or food is measured, you know, everyday items that people must have are no longer measured at all. So the rate of inflation, as reported by the government, is an absolute sham.

Inflation is one problem the U.S. Federal Reserve would like to have. With unemployment running at 50-year lows, one would think there would some signs of it in the U.S. economy. . .but to the chagrin of the central bank, there is not even a whiff. Source

If you want to know the actual rate of inflation check out Shadow Stats where John Williams uses the old model that includes energy (gas, heating oil, electricity, food, etc.) and provides a view that is much closer to reality.

As you can see with your lying eyes the rate of inflation is closer to 10% than 2% that we are told. The Chinese are using this type of model as Shadow Stats to more accurately measure of inflation. Not saying the Chinese are some kind of “good guy” but they do not use the same type of inflation model the U.S. currently uses.

With all that said gold is showing it’s strength here in the early part of the day. I would guess the criminal banking cabal will do their level best to keep gold below $1,500 and silver below $17.50. So far, they have done a masterful job of dancing around these two levels, all the while keeping the numbers just below the current battle lines. As of 2:28pm EST gold is sitting at $1,504.58 – well within range of a knock down before 4:30pm EST when the markets close for the weekend. While we see silver sitting at $17.53, again well within range of getting below the “round number” of $17.50 / silver and $,500 / gold. 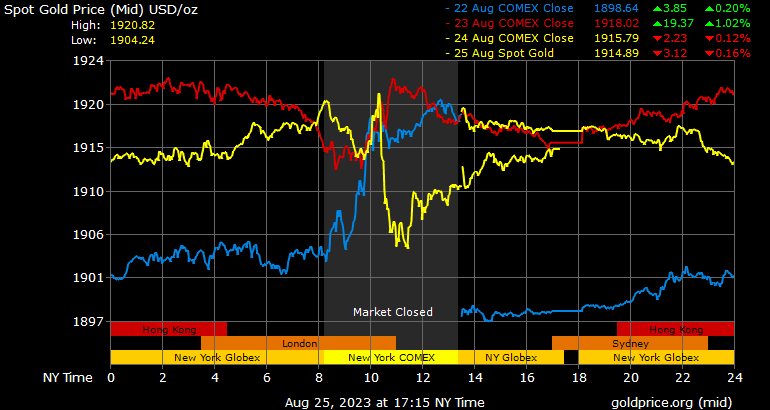 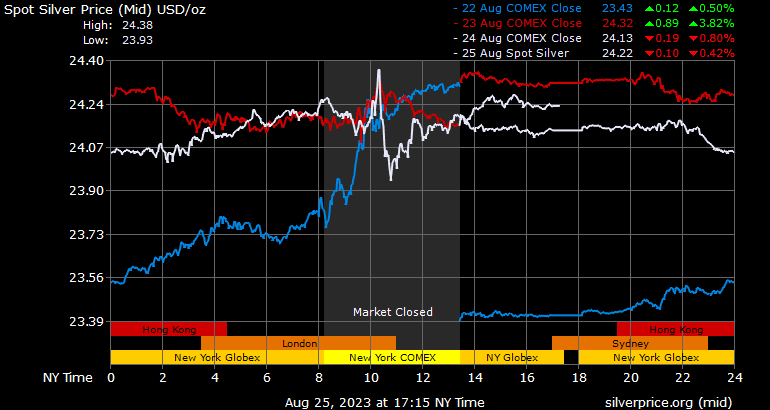