Is it time for some RICO indictments against Boeing as whistleblower reports executives cut corners to engage in a stock pump and dump by Kenneth Schortgen, Jr for Shotgun Economics

On Oct. 2, a senior Boeing engineer blew the whistle on the company for knowingly cutting corners that possibly could have led to the crash of multiple 737 Max aircraft. 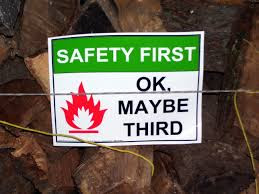 The New York Times has published a bombshell report about a new complaint filed against Boeing by a senior engineer, alleging the aircraft maker concentrated on prioritizing profits over the safety of the 737 Max airliner.

The Times learned about the new development from a source who requested anonymity, said the Boeing engineer filed the complaint after the two crashes (Lion Air accident in October 2018 and Ethiopian Airlines accident in March 2019). – New York Times via Zerohedge

Yet perhaps even more disturbing is the assertion that Boeing execs may have done this in order to both collect on billions of dollars worth of options that would trigger if certain milestones were accomplished, and also to aid in pumping up the stock price in order to dump said shares when they reached new highs.

By prioritizing profits, Boeing executives certainly seemed to rush the 737 Max from development into production, at the expense of safety, not just to contend with the Airbus A320neo, but to unlock billions of dollars in stock buybacks that were tied to significant milestones relating to plane’s sales. This enabled Boeing’s stock to rise nearly 300% in 36 months, while executives used the opportunity to dump company stock.

Sadly if true, Boeing not the only American company throwing safety to the wind in order to profit off the deaths of others.  In fact one of the biggest lawsuits underway right now involves a pharmaceutical company called Purdue who knowingly pushed their opioid based painkillers onto the market and helped create an addiction epidemic not seen since the crack era of the 1990s.