DHS In Portland Versus Antifa Thugs

During the nationwide “climate” strike, the majority of the protests remained peaceful, but in Portland Oregon, which has the been the epicenter of out-of-control Antifa lawlessness, while previously their police departments have been ordered to stand down and allow completely anarchy and the taking over the streets by Antifa terrorists, the little thugs received a little surprise when they decided to descend upon the Portland ICE facility and started throwing projectiles.

They weren’t dealing with just the Portland Police anymore, this time they were dealing with DHS, who proceeded to chase one of the culprits down, with guns, while refusing to allow other Antifa members to interfere, as caught on video by Andy Ngo, who was recently attacked and hospitalized after Antifa groups brutally attacked him.

The bigger picture emerging by comparing previous Antifa encounters with just the Portland police, which have brought about many questions as to whether the Portland Mayor, Ted Wheeler, who is also the police commissioner, previously ordered Portland PD to “stand down,” with this latest video footage, shows a marked difference in how the Portland police respond when backed up by DHS (who cannot be ordered to stand down) in dealing with Antifa, and what they are forced to witness and turn a blind eye to, when they do not have federal backing. 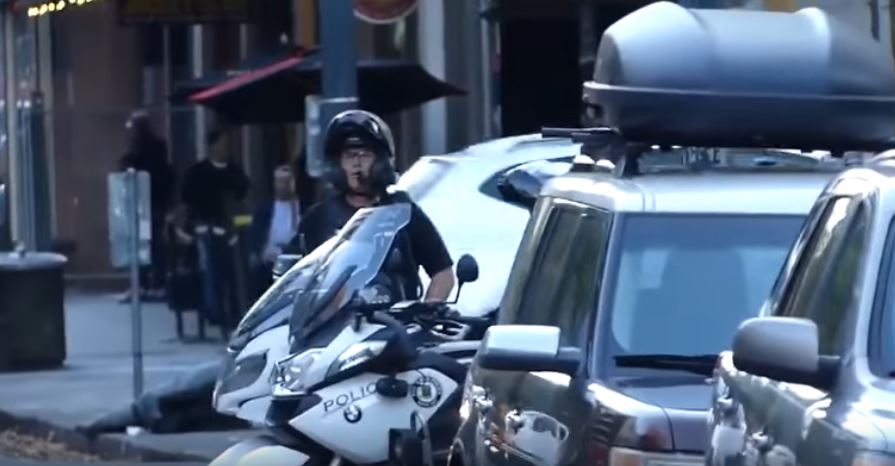 We are going to show these comparisons with short video clips, because witness accounts not accompanied by video inevitably become “he said, she said” stories that Antifa, and the Portland Mayor, then denies.

The image above was taken in October 2018, showing Antifa thugs taking over the streets of Portland, interfering with traffic, directing drivers to go where they want them to go, answering questions of why with “because I told you too,” with others then calling the driver a Nazi, and other names

The camera pans over to the police officer at the 1:21 minute mark, just watching as the driver being harassed by the Antifa goons is on the phone trying to get police help.

The most recent video published by Independent Journalist Andy Ngo on September 20, 2019, was shared with his followers on Twitterand uploaded to his YouTube account. His message accompanying the Twitter share stated “After the “climate strike” protest in Portland yesterday, around 50 masked antifa militants descended near the local ICE facility. They threw projectiles and rocks at officers. This is what happened when (federal, not local) police initiated an arrest.”

Ngo followed that up with an image of a female officer that had been maced, and another of a broken window of a police vehicle, as he reported “After the “climate strike” march ended, masked antifa amassed at a park near the Portland ICE facility. They began to throw rocks and projectiles at police officers.” 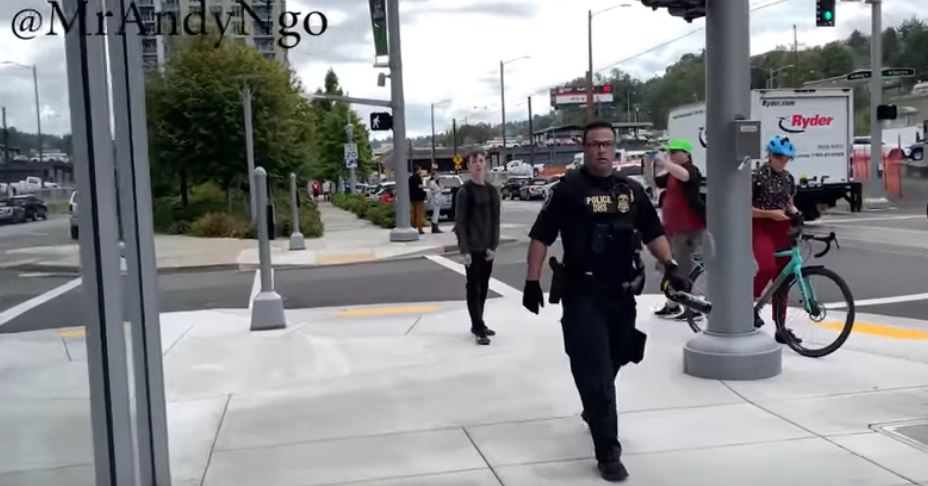 In the video, the wording on the uniforms can be clearly seen, with one showing it was “Portland police,” and he was not standing down, and another showing they were working in conjunction with “DHS,” because as the image above shows, the uniform states right on the front “Police DHS,” and on the back “Police Homeland Security.”