President Trump and his social media team have seized on allegations that Joe Biden abused his position as Vice President to strongarm Ukraine into firing its top prosecutor – who was leading a wide-ranging investigation into Biden’s son Hunter and the natural gas firm that paid him $50,000 per month despite his total lack of experience. 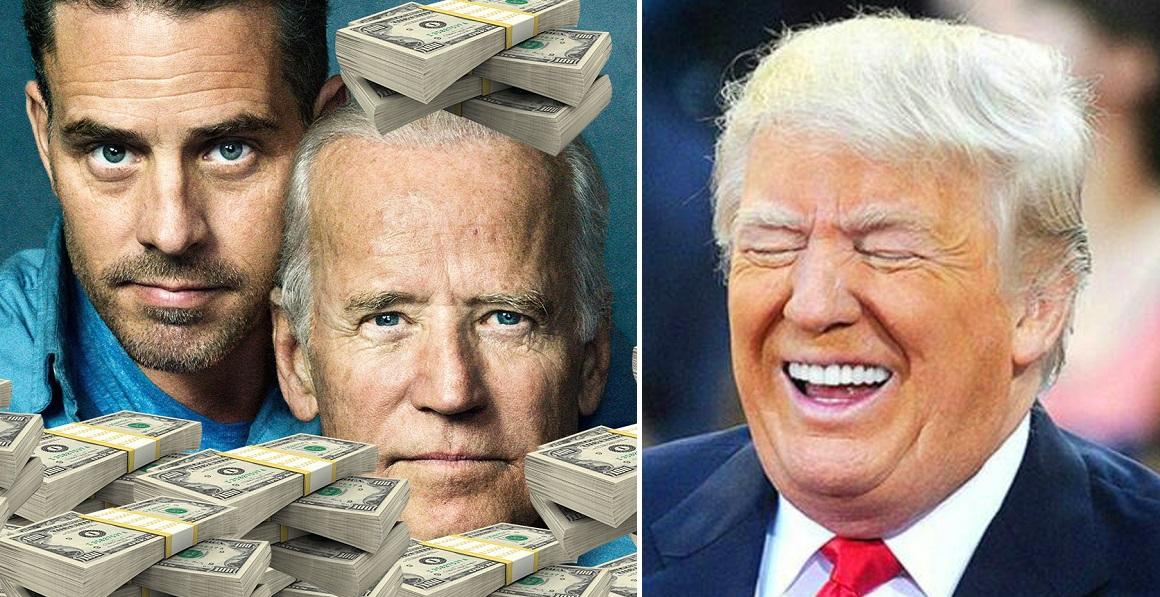 While the Biden-Ukraine story has been simmering for the better part of five years under a firm MSM lid, the scandal has been thrust into the spotlight after the MSM peddled a ‘scandalous’ whistleblower story in which a “partisan” G-man reported that Trump made promises to a foreign leader that were inappropriate.

Now, we come to find out that the conversation was with Ukraine’s new president, Volodymyr Zelensky, about reopening the Biden investigation – and that it did not contain a quid pro quo.

And while Democrats’ hopes of finally nailing Trump appear to be melting into their sea of Russiagate tears, Trump is now capitalizing on the turnabout, bigly.

“The Fake News Media and their partner, the Democrat Party, want to stay as far away as possible from the Joe Biden demand that the Ukrainian Government fire a prosecutor who was investigating his son, or they won’t get a very large amount of U.S. money, so they fabricate a story about me and a perfectly fine and routine conversation I had with the new President of the Ukraine,” Trump said this in his opening salvo over Twitter Saturday morning.

“Nothing was said that was in any way wrong, but Biden’s demand, on the other hand, was a complete and total disaster. The Fake News knows this but doesn’t want to report!”

Trump then posted a montage beginning with Biden claiming “Not one single credible outlet has given any credibility to his [Trump’s] assertion.”

This is the real and only story! pic.twitter.com/4z8eOcm6PA

Trump’s 2020 campaign account chimed in, providing clips of the MSM investigating the Biden claims, along with a report that former Secretary of State John Kerry’s (D) son cut ties with Hunter Biden over Ukraine.

“Was Hunter Biden profiting off his dad’s work as Vice President, and did Joe Biden allow it?”https://t.co/FC4DwJBVitpic.twitter.com/YEkGynLwmW

“Hunter Biden’s new job at a Ukrainian gas company is a problem” – The Washington Post, 2014https://t.co/DRiaRAJx0x

On Friday, Trump downplayed the whistleblower story, telling reporters at the White House: “I’ll tell you this, somebody ought to look into Joe Biden’s statement where He talked about billions of dollars that he’s not giving to a certain country unless a certain prosecutor is taken off the case. So, somebody ought to look into that and you wouldn’t because he’s a Democrat. And the fake news doesn’t look into things like that, it’s a disgrace,” warning the press “You’ve had a very bad week, and this will be better than all of ’em, this is another one. So keep playing it out because you’re gonna look really bad when it falls, and I guess I’m about 22 and 0 and I’ll keep it that way.”