On Wednesday, the Saudi Defence Ministry organised a news conference to show journalists what it describes as an Iranian cruise missile and Delta Wing unmanned aerial vehicles (UAV). 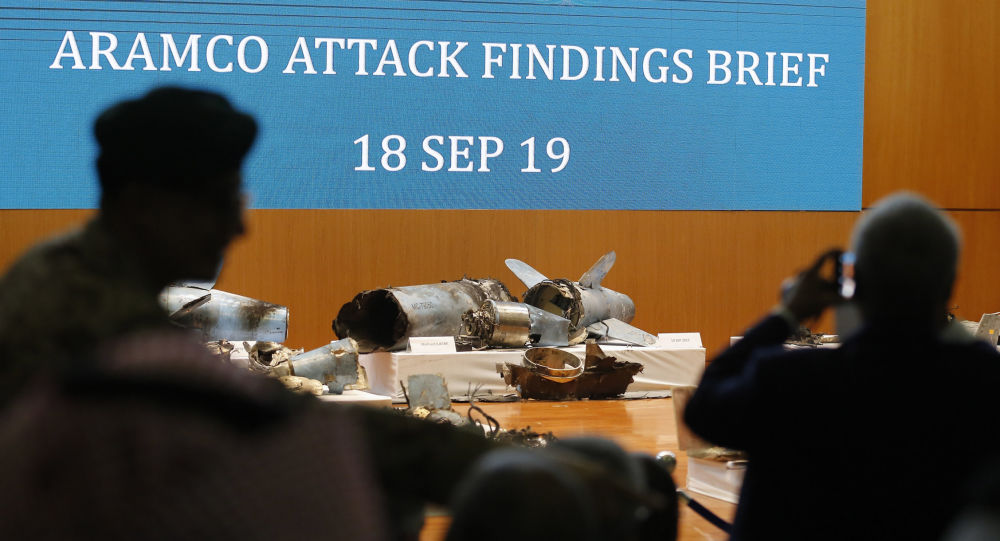 “The investigation has shown that the drone’s type is Delta Wing, and the information obtained by the ministry indicates the drone’s technology is Iranian,” the department’s spokesman Col. Turki al-Maliki said.

Speaking at the conference, the official said that the attack on the Saudi oil facilities was “unquestionably sponsored by Iran.”

“The attack was launched from the north and unquestionably sponsored by Iran,” he told a news conference. “We are working to know the exact launch point,” the official added.

Describing the cruise missile, the spokesman said that it was a land-attack missile with a jet engine attached to it, but it failed to explode.

Saudi Arabia shows debris from missiles and drowns they say were used on the #Aramco oil facility. pic.twitter.com/a2wOQn26Aa

Over the weekend, Saudi Aramco had to close two of its facilities after they were hit by drones and then caught fire. The incident led to a cut in oil production totalling 5.7 million barrels per day — about half of Saudi Arabia’s daily oil output. The closure of oil facilities has triggered a surge of oil prices worldwide.

Following the attack, US Secretary of State Mike Pompeo didn’t waste much time in blaming the attack on Iran, while the latter refuted the accusations.

Two days later, US President Donald Trump said during a meeting with Bahrain’s Crown Prince Salman bin Hamad Al-Khalifa that based on evidence he’d seen, it appears as though Iran was responsible for the attack.