Do corporations or any company really owe their workers retraining in light of the coming AI paradigm shift?

Do corporations or any company really owe their workers retraining in light of the coming AI paradigm shift? by Ken Schortgen, Jr for Shotgun Economics

A new study out on Sept. 6 from IBM’s Institute for Business Value (IBV) shows that upwards of 120 million workers, many of which work for major corporations, will have to find new skill sets in order to participate in the upcoming automated economy.  And while Artificial Intelligence (A.I.) and robotics are indeed taking over jobs at an escalating rate, is it really the responsibility of companies themselves to re-train workers for new skill positions? 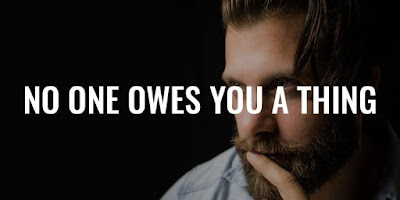 In the next three years, as many as 120 million workers in the world’s 12 largest economies may need to be retrained or reskilled as a result of AI and intelligent automation, according to a new IBM (NYSE: IBM) Institute for Business Value (IBV) study. In addition, only 41 percent of CEOs surveyed say that they have the people, skills and resources required to execute their business strategies. The study, which includes input from more than 5,670 global executives in 48 countries, points to compounding challenges that require a fundamental shift in how companies meet and manage changing workforce needs throughout all levels of the enterprise.

The study showed that new skills requirements are rapidly emerging, while other skills are becoming obsolete. In 2016, executives ranked technical core capabilities for STEM and basic computer and software/application skills as the top two most critical skills for employees. In 2018, the top two skills sought were behavioral skills — willingness to be flexible, agile, and adaptable to change and time management skills and ability to prioritize. In contrast, according to an IBM poll conducted by Morning Consult, ethics and integrity was the skill often named most critical in a survey of consumers in U.S. cities including Atlanta, Austin, Baton Rouge, Boston, Chicago, Raleigh, and San Francisco. \

“Organizations are facing mounting concerns over the widening skills gap and tightened labor markets with the potential to impact their futures as well as worldwide economies,” said Amy Wright, Managing Partner, IBM Talent & Transformation, IBM. “Yet while executives recognize severity of the problem, half of those surveyed admit that they do not have any skills development strategies in place to address their largest gaps. And the tactics the study found were most likely to close the skills gap the fastest are the tactics companies are using the least. New strategies are emerging to help companies reskill their people and build the culture of continuous learning required to succeed in the era of AI.” – IBM Newsroom

100 years ago tens of thousands of ‘buggy whip’ workers found themselves unemployed as the advent of the automobile made horse drawn transportation virtually obsolete.  This was then followed decades later by the massive decline in industrial manufacturing as steel workers, auto workers, and other assembly workers found their plants closed and their industries shipped overseas.

Contrary to what most of the Socialist candidates running for President wish to tell you, no one owes you a job, a lifestyle, or a guaranteed income.  The freedoms to pursue your own destiny require you to also take the responsibility to continuously learn, grow, and make your own future no matter what occurs in society.  To not do this, and instead pander to politicians who use the promises of free stuff and the nanny state to consolidate their own lust for power, reminds me of a great axiom that works in any era of history.

“In times of change learners inherit the earth; while the learned find themselves beautifully equipped to deal with a world that no longer exists.”