While US officials were quick out of the gate to allege an Iranian attack on Saudi Aramco facilities launched from Iraq early Saturday, a theory which the WSJ said was focus of an ongoing US-Saudi investigation, Iraq’s government issued a firm denial on Sunday, which followed Iran’s own denial that condemned Washington’s “maximum lies”.

Saying there was no link to Iraqi soil and the attack which caused oil prices to spike to record levels the moment markets opened, initially surging to as much as 18% before retreating after President Trump authorized use of the Strategic Petroleum Reserve (SPR) to “keep the markets well-supplied,” the Iraqi government further vowed to “punish anyone who intended to use Iraq as a launchpad for attacks in the region.” 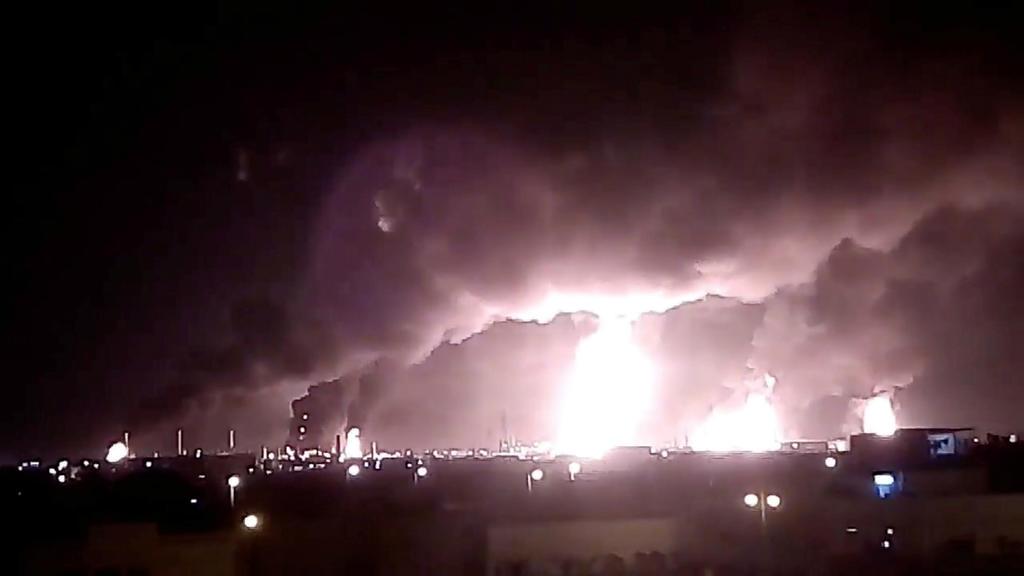 Prior reports suggest Iran has indeed stationed ballistic missiles on Iraqi soil within the past year or so, within easy targeting range of key Saudi oil installations, as well as even Tel Aviv.

But crucially the Houthis have defiantly announced it’s not over: “The rebel group said its weapons could reach anywhere in Saudi Arabia. Saturday’s strikes were carried out by aircraft equipped with a new type of engine, the Houthi rebel group said,” Bloomberg reports.