Americans Are Arming Up In Huge Numbers, Driven By Self-Protection & Politicians Pushing ‘Gun Grabs’, With Communist-Socialist Government’s The Biggest Mass Murderers In History By Stefan Stanford – All News Pipeline

According to this study on ‘Democide’, ‘death by government’ is one of the leading causes of death in world history.

With Sheriff’s all across America claiming they won’t enforce any new un-Constitutional gun grab laws enacted in our country or within their states with at least 20 county sheriff’s in the far-left state of Washington leading the way after Washington state voters passed several new gun laws that went against the US Constitution, the Democrat debate on Thursday night quickly showed America the way things will go should ‘Robert Francis O’Rourke‘ (or possibly any Democrat win the presidency in 2020) with O’Rourke insanely spouting words that some Law Enforcement officials have warned could lead to a bloodbath in America: “Hell yes, we’re gonna take your AR-15“.

With O’Rourke quite possibly inciting people to commit violence with that totalitarian claim, what one commenter on this Daily Mail story compared to “Yelling fire in a crowded movie theatre“, Texas state Congressman Brisco Cain was hearing nothing of ‘Beto’s‘ remarks, firing back at the obvious ‘beta-male‘ on twitter: “My AR is ready for you, Robert Francis.”

And while ‘Beto‘ soon thereafter reported Cain’s remarks to the FBI, insanely claiming that Cain had levied a death threat against him by his twitter remarks that were nowhere near a threat, many pointed out that it was indeed ‘Beto‘ who threatened all of America with his remarks, especially with ‘death by government‘ one of the biggest killers of all upon this planet. The more than a hundred million murdered by socialist government’s alone through history prove the points made by Cambodian-American GOP rising star Elizabeth Heng, the Founder of New Faces GOP, in her viral ad run during the Democratic debate exposing socialism for what it almost always leads to – horrific deaths by government by the millions.

If you haven’t yet seen that video, we’ve embedded it as the first video at the bottom of this story and as Heng rips AOC and other leftists pushing socialism in America to shreds, she warns us that socialism seemingly always brings ‘forced obedience‘ and massive starvation, leading to death tolls as high as some of those caused by the most deadly diseases in history and reminding us of why our Founding Fathers wisely created the 2nd Amendment to the United States Constitution in the first place.

And with the left now pushing for ‘socialism‘ in America, though ‘Communism‘ is what it really is, we are not the least bit surprised thatAmericans are once again arming up in near record numbers as heard in the 3rd video at the bottom of this story, with ‘Beto’s‘ own remarks assuring that tens of thousands more Americans will be buying their AR-15’s and AK-47’s while they still can in preparation of defending their families from the kind of insane and out of control ‘government by force‘ that Democrats want to bring in to America.

And while his remarks during the debate will almost certainly make O’Rourke one of the biggest gun salesmen in the country over the next year, he sunk even further into incredibly poor taste by immediately putting out campaign t-shirts with the lettering “HELL YES, WE’RE GOING TO TAKE YOU AR-15“, which amounts to O’Rourke not only ‘capitalizing upon‘ but also ‘celebrating‘ future genocide.

So, we’ll be taking a look within this ANP story at what’s unfolding in America, with the left admitting they want to control every aspect of our lives coming at a time when many leftists are fantasizing about killing Christians and Conservatives while paying especially close attention to this viral new story over at the American Thinker titled: “No Matter Who Wins in 2020, There Will Be Blood“. 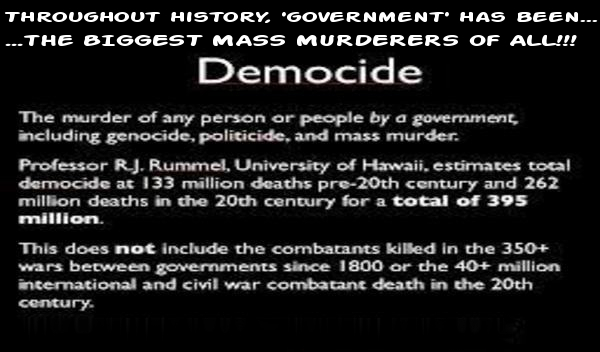 This new story over at the American Thinker is an absolute must read as author William L. Gensert warns why he strongly believes mass bloodshed is coming to America in 2020 no matter who wins. And while we’ll continue to pray that such mass bloodshed in America is avoided, as US Navy Vet John C. Velisek had reported in this September 7th ANP story titled “How Long Until ‘The Purge’ Begins With The Communists Fantasizing About Executing Christians & One Liberal Doctor Calling For Conservatives To Be Killed Then Castrated?“, leftists already want President Trump supporters, Christians and Conservatives dead.

And with many leftists suffering psychological illnesses in ‘Trump derangement syndrome‘ while antifa terrorists prepare themselves for war, as this American Thinker story points out, mass violence in the future may not be able to be avoided because the left is pushing for it seemingly every day, with the mainstream media and democratic politicians leading the way. From this incredibly important American Thinker story.:

The machinations of an illiberal left, on display in its ever-increasing violence accompanied by the ululations of a propagandist media in contravention of an imaginary “white supremacist” right, have riven the nation into diametrically opposed camps. The right will never accept socialism, while the left will accept nothing less.

Those on the left will not allow a Trump victory, even should he win the popular vote and the Electoral College. They are used to getting what they want and like spoiled brats, have learned that tantrums work.

Should Donald Trump prevail in his bid for a second term, the left will go insane, deploying every “insurance policy” weapon at their disposal to negate four more years of the Orange Man. What Obama, Comey, and Brennan et al. did to Trump in his first term will seem mild in comparison to what the left is planning should he win.

Antifa, the military arm of the Democratic Party, has not spent the last three years practicing and organizing merely to sit on the sidelines. They have used the interregnum to mobilize and learn tactics, while probing to find what government will allow, media will trumpet, and the public will endure.

The skirling “resistance” has morphed from pajama-boy blobs of perpetually offended little dictators and pussy-hat sporting shriekers into balaclava-wearing avengers who crave the opportunity to put deplorables in their place and give them the government they deserve good and hard. They will flood the streets after a Trump victory in their Antifa costumes looking to bust the heads of anyone near enough to become part of their 15 minutes of YouTube fame.

It will start in the cities — the Democrat-run cities, of course — where the political leadership will provide them a measure of protection against identification and arrest. Seattle, Portland, LA, San Francisco, NYC, Chicago, Atlanta, Boston, and Baltimore, among others, will become flashpoints of unrest.

The riots will be portrayed by the media and the Democrats as a groundswell of support for deposing a racist president. They will bemoan the necessity of the violence, destruction, and loss of life, but remind Americans that “the people have spoken.” Some among the Antifa will be championed. In lockstep, both the New York Times and the Washington Post will run headlines calling them: “The New Founding Fathers.” People who fight back will quickly grow in number — even as the media label them “white supremacists.” Blood will be spilled.

China, Iran, Russia, and Venezuela will plead for calm and offer to mediate the evolving humanitarian crisis… 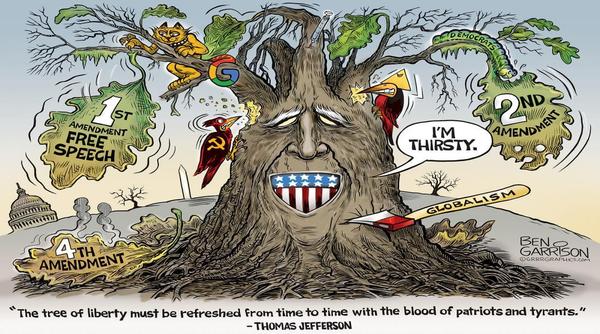 And as the American Thinker story also reported, should President Trump lose and any one of the totalitarian, socialist, wanna-be dictators instead take the reigns in America, promising to complete the left’s demolition of the US Constitution and take away Americans guns and free speech among other rights, such a situation could quite easily devolve into one of mass bloodshed with very few Americans ready to cave to a dictatorial, totalitarian government. Especially with such government’s well known for slaughtering their own people in mass numbers. There’s a reason for the phrase ‘death by government‘. Once again, from the American Thinker story.: