Silver reacted back sharply on Thursday and Friday after a parabolic blowoff top. This was not a final top, but it does indicate that silver needs to take a rest and consolidate / react back, probably for at least several weeks. 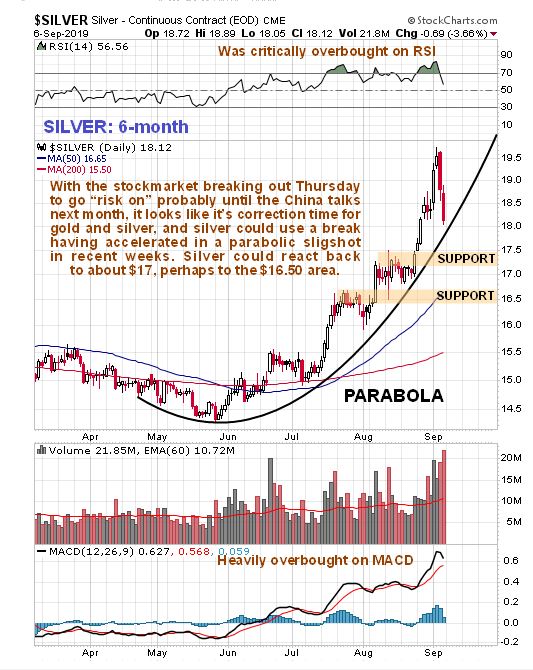 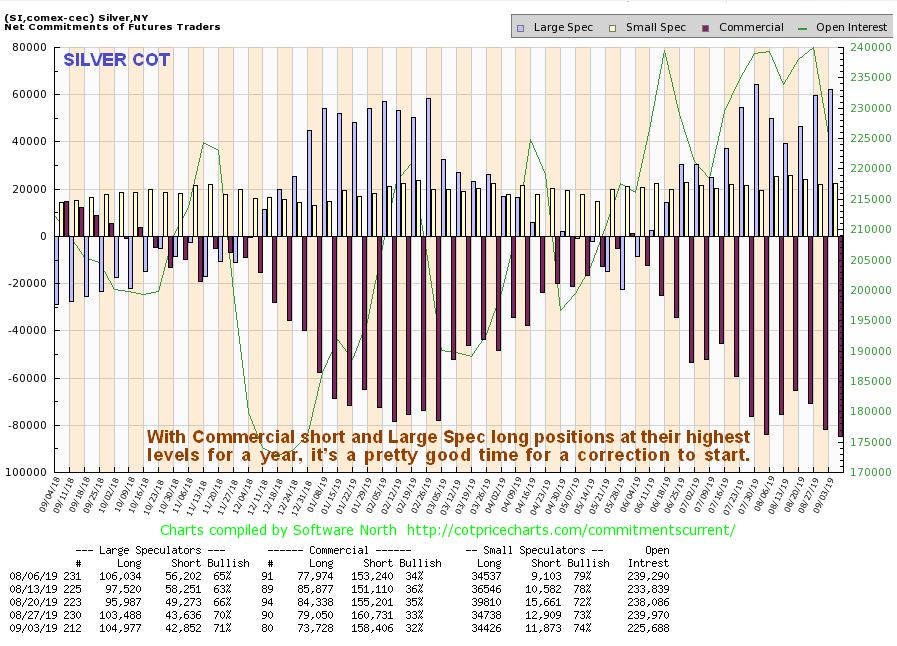 Click on chart to popup a larger, clearer version.
Although the longer-term Hedgers chart for silver is not at the extremes that it reached in 2016 and 2017, readings are also at levels that give grounds for caution, especially considering that silver just did a parabolic slingshot move. 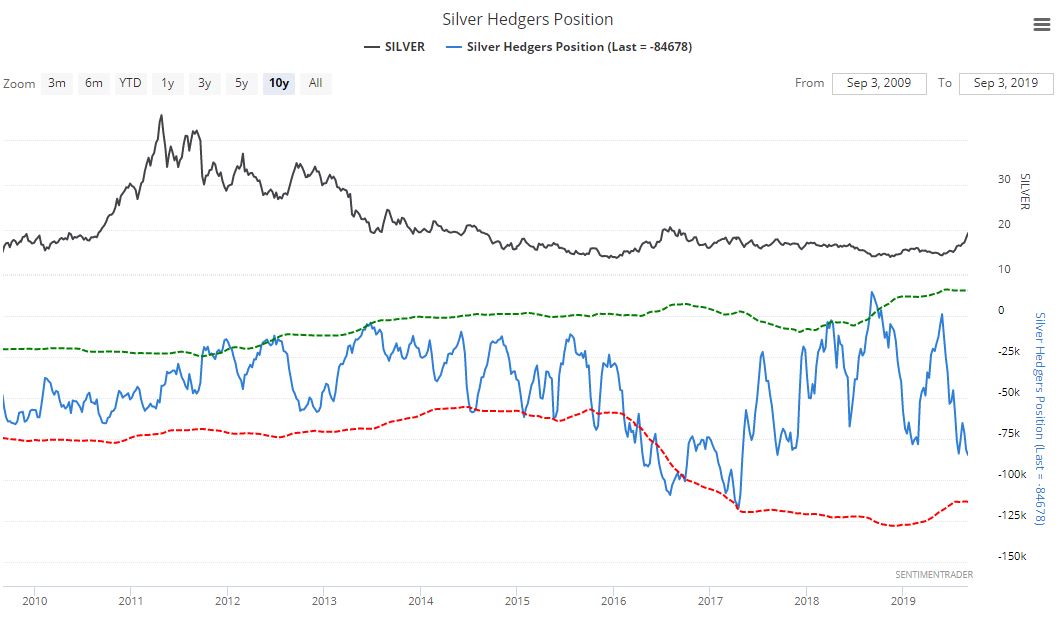 Click on chart to popup a larger, clearer version. Chart courtesy of sentimentrader.com

The conclusion is that silver has started a corrective phase, and, given the nature of the beast, it could be quite scary for the unprepared once it breaches the parabolic uptrend, but with gold especially having signaled the start of a major bullmarket any such corrective action will be viewed as presenting a rare opportunity to buy silver investments at very good prices ahead of the major uptrend that is expected to follow.
End of update.