MUST READ: Putin Discusses RussiaHoax and the Attempted Coup d’Etat with Oliver Stone

MUST READ: Putin Discusses RussiaHoax and the Attempted Coup d’Etat with Oliver Stone by Jim Hoft The Gateway Pundit 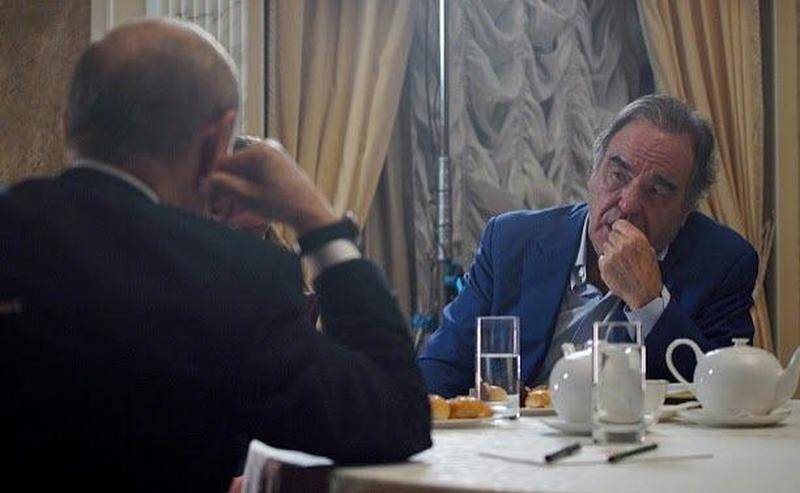 The transcript for the interview was posted on the Kremlin website.

Most of the liberal mainstream media is covering the part of the interview where Oliver Stone asked Putin to be the godfather of his grandson.  The Democrat Pravda media is ignoring the rest.

Robert Wenzel posted part of the transcript on his website.

You can make up your own mind on this interview.

But it really is amazing that he is more believable in this video than the liberal mainstream media has been in the past three years!

Here is this amazing dialogue on the US elections.

Oliver Stone: Yes. So recently, you know Russia has been obviously accused and accused over and over again of interference in the 2016 election. As far as I know there is no proof, it has not turned up. But now in the US there has been an investigation going on about Ukraine’s interference in the election. It seems that it was a very confusing situation, and Poroshenko seems to have been very strongly pro-Clinton, anti-Trump.

Vladimir Putin: Yes, this is no secret.

Oliver Stone: Do you think there was interference?

Vladimir Putin: I do not think that this could be interpreted as interference by Ukraine. But it is perfectly obvious that Ukrainian oligarchs gave money to Trump’s opponents. I do not know whether they did this by themselves or with the knowledge of the authorities.

Oliver Stone: Were they giving information to the Clinton campaign?

Vladimir Putin: I do not know. I am being honest. I will not speak about what I do not know. I have enough problems of my own. They assumed Mrs Clinton would win and did everything to show loyalty to the future US administration. That is nothing special. They wanted the future President to have a good opinion of them. This is why they allowed themselves to make unflattering statements about Trump and supported the Democrats in every possible way. This is no secret at all. They acted almost in public.

Oliver Stone: You do not want to go any further on that because you do not have any information?

Vladimir Putin: You know, this would be inappropriate on my part. If I said something more specific, I would have to put some documents, some papers on the table.

Oliver Stone: You understand that it has huge implications because Mr Trump would be very grateful?

Oliver Stone: But that is a noble motive. Unfortunately, the world has degenerated in these two years, with all this backbiting and accusations, dirty fighting. Anyway…