After several months hanging out on the dark side of the Moon, China’s Chang’e-4 lunar rover has really stepped in it according to NBC News. 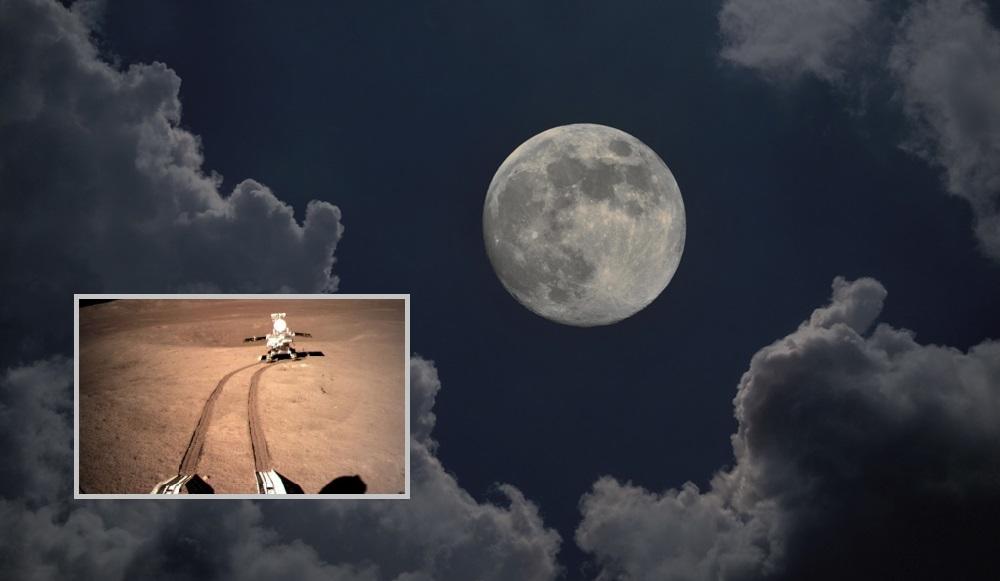 The mission’s rover, Yutu-2, came across a “gel-like” substance on its 8th day – which caused scientists to put a full stop on its planned schedule and try to figure out what exactly the goo is.

On July 28, the Chang’e-4 team was preparing to power Yutu-2 down for its usual midday “nap” to protect the rover from high temperatures and radiation from the sun high in the sky. A team member checking images from the rover’s main camera spotted a small crater that seemed to contain material with a color and luster unlike that of the surrounding lunar surface.

The drive team, excited by the discovery, called in their lunar scientists. Together, the teams decided to postpone Yutu-2’s plans to continue west and instead ordered the rover to check out the strange material. –NBC News

To analyze the material, Chinese scientists used the Yutu-2’s Visible and Near-Infrared Spectrometer (VNIS), which can study materials based on they way light is scattered or reflected.

The tight-lipped Chinese have only said that the substance is “gel-like” and an “unusual color.”

So what could it be? NBC News notes that outside researchers have suggested that the ‘goo’ could be “melt glass created from meteorites striking the surface of the moon.”