More Evidence Great Trouble Is Brewing: With The Seeds Of Chaos Being Sown, ‘Government’ Is Preparing To ‘Reap The Harvest’

Titled “American Apocalypse: The Government’s Plot to Destabilize the Nation Is Working“, their story began with the quote below by author H.L. Mencken before confirming a warning that has long been called ‘conspiracy theory‘, there are forces hard at work to destabilize America and those forces are ‘from within‘. From Whitehead’s story.:

“The most dangerous man to any government is the man who is able to think things out … without regard to the prevailing superstitions and taboos. Almost inevitably he comes to the conclusion that the government he lives under is dishonest, insane, intolerable.” — H. L. Mencken

The U.S. government is working hard to destabilize the nation.

No, this is not another conspiracy theory.

Although it is certainly not far-fetched to suggest that the government might be engaged in nefarious activities that run counter to the best interests of the American people, doing so will likely brand me a domestic terrorist under the FBI’s new classification system.

Observe for yourself what is happening right before our eyes.

Domestic terrorism fueled by government entrapment schemes. Civil unrest stoked to dangerous levels by polarizing political rhetoric. A growing intolerance for dissent that challenges the government’s power grabs. Police brutality tacitly encouraged by the executive branch, conveniently overlooked by the legislatures, and granted qualified immunity by the courts. A weakening economy exacerbated by government schemes that favor none but a select few. An overt embrace of domestic surveillance tactics if Congress goes along with the Trump Administration’s request to permanently re-authorize the NSA’s de-activated call records program. Heightened foreign tensions and blowback due to the military industrial complex’s profit-driven quest to police and occupy the globe.

The seeds of chaos are being sown, and it’s the U.S. government that will reap the harvest.

Whitehead’s story then went straight into a Pentagon training video created by the US Army for US Special Operations Command titled “Megacities: Urban Future, the Emerging Complexity” which, while only 5 minutes long, said a lot about the government’s mindset, the way its views the citizenry, and the so-called “problems” that the government must be prepared to address in the near future through the use of martial law.

Rather than looking at the American people the way that government is supposed to, as OUR SERVANT and we, the American people, as the government’s MASTER, the Pentagon’s video looked at the American people as the PROBLEM to be solved, a people with no rights, the same way any dictatorship or completely corrupt government would look at the people of their nations. And as Whitehead warns, that video, which we’ve embedded as the final video at the bottom of this story, warned of major trouble in America by the year 2030 though Whitehead warns that recent events prove we’re way ahead of schedule.

Even more troubling, however, is what this military video doesn’t say about the Constitution, about the rights of the citizenry, and about the dangers of locking down the nation and using the military to address political and social problems.

The training video anticipates that all hell will break loose by 2030—that’s barely ten short years away—but the future is here ahead of schedule.

We’re already witnessing a breakdown of society on virtually every front.

So with the US Army now doing a major special forces training exercise in North Carolina called ‘Robin Sage‘ coming at a time of great division and rising political tensions within America, we’ll be taking a look within this story at some more signs that all of these military exercises all across America over the past several years have really been in preparation for that ‘breakdown of society‘ Whitehead warns of with some even warning that the US is headed the way of the old Soviet Union, a massive breakup that leaves the remnants of America looking something like this. 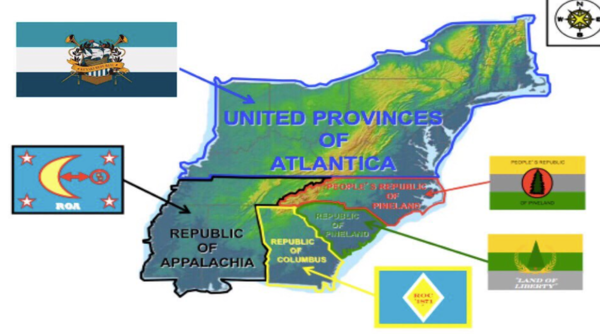 According to this August 22nd story over at Zero Hedge, the ‘Robin Sage‘ special forces exercises that will be invading 21 North Carolina counties by the end of this week have been ongoing exercises for over 60 years now, dating all the way back to the 1950’s, and residents shouldn’t panic should they hear simulated bombs exploding, helicopters flying over the region or heavy caliber gunfire.

Warning within their story that large parts of the area will sound like a warzone as ‘guerilla freedom fighters‘ face strong opposition, the >map above taken from the Zero Hedge story shows something we actually believe could happen within our lifetime’s with a total collapse of the US economy, a divided nation at war.

And with it long being a motto of the US Army to “Train as you fight, fight as you train“, what should we think when we see maps like that above while remembering Whitehead’s warning that in that Pentagon training video, the American people are treated as ‘the enemy‘ by our own public servants? More below but first, from the Zero Hedge story.:

At the end of next week, residents across North Carolina will see a series of Special Forces war exercises, including heavy caliber gunfire, simulated bombs, helicopters, and whatever else encompasses a warzone, is being held in 21 North Carolina counties starting Aug. 03.

The Army told residents don’t panic if they hear gunfire at the middle of the night or early morning. The war exercise, known as “Robin Sage,” is considered one of the most extensive training exercises in the US and started in the early 1950s, reported The Charlotte Observer.

The students will go against seasoned soldiers, who will “act as realistic opposing forces and guerrilla freedom fighters,” officials said in a release.

Local government officials in the 21 counties, including all police forces across the state, have been alerted about next week’s war exercise. “Residents may hear blank gunfire and see occasional flares. Controls are in place to ensure there is no risk to persons or property,” officials said.

“Robin Sage is the US military’s premier unconventional warfare exercise and the final test of over a year’s worth of training for aspiring Special Forces soldiers,” according to the press release.

“Candidates are placed in an environment of political instability characterized by armed conflict, forcing Soldiers to analyze and solve problems to meet the challenges of this ‘real-world’ training.”

And if you look at that last sentence, “candidates are placed in an environment of political instability characterized by armed conflict“, it almost sounds as if they’re preparing for Civil War in America with everything else that is happening today such as ‘antifa terrorists‘ attacking Conservatives across America and Conservatives arming up for bear, preparing to defend their families from rampaging, insane leftists. 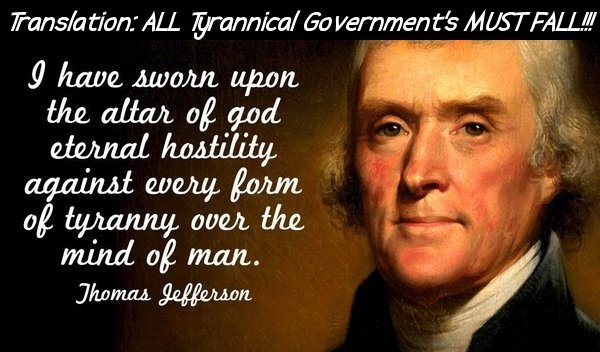 While this story over at The Express titled “Mass panic as US Army turn state into ‘warzone’ with unconventional drills“ reports the Fort Bragg soldiers will “act as realistic opposing forces and guerrilla freedom fighters“, with everything else that is now happening in America, we should all be prepared for whatever is ahead.