Is next week’s Jackson Hole meeting where the Fed will seek to create the new cashless system built on negative interest rates?

Is next week’s Jackson Hole meeting where the Fed will seek to create the new cashless system built on negative interest rates? by Ken Schortgen, Jr, for Shotgun Economics

While the world chokes on $15 trillion of debt bound to negative interest rates, the Federal Reserve has suddenly been laying down hints that they too are in preparation for bringing bond yields down below 0. 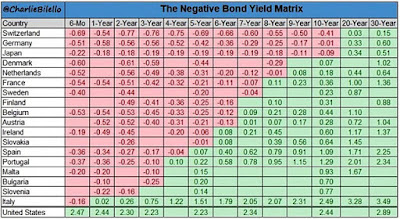 Former Federal Reserve Chairman Alan Greenspan said nothing is stopping the U.S. from getting sucked into the global trend of negative yielding debt, Bloomberg reported Tuesday.

“There is international arbitrage going on in the bond market that is helping drive long-term Treasury yields lower,” Greenspan said in a phone interview. “There is no barrier for U.S. Treasury yields going below zero. Zero has no meaning, beside being a certain level.” – CNBC

Additionally, Chairman Powell hinted at something during his last FOMC meeting that has for the most part gone completely under the radar.

Part way through delivering a press conference following the Federal Reserve’s first rate cut since December 2008, chairman Jerome Powell let it be known that the central bank was ‘looking carefully‘ at developing a new faster payments system. Unsurprisingly, his words on the subject proved the equivalent of screaming into the face of a force ten gale. Besides a handful of financial outlets, nobody heard him. All that analysts and observers were really interested in was the Fed’s stance on interest rates. – Steven Guinness

So with these two nuggets being dropped leading up to this week’s annual Fed meeting in Jackson Hole, WY, the questions that needs to be asked are, is the Fed truly preparing to join the rest of the world in taking the Funds Rate negative, and in doing so, are they also preparing the banking system to go completely cashless in order to keep depositors from taking their money out of the system?

Perhaps the last hint regarding this was CNBC’s bringing on stage Larry Summers last week who has long been a staunch advocate of banning cash.