America’s Final Descent Into Communism And Civil War Are The Leftist’s ‘End Game’ As ‘The Sheep’ Fully Capitulate To The Elite Who Have Been Running Roughshod Over America For Decades! By John C. Velisek, US Navy, Retired – All News Pipeline

Our bastions of higher learning have felt the ‘revitalization‘ of the progressive socialist agenda (COMMUNISM!!!). What was once an oasis of diverse thoughts has now become the land of indoctrination. Students are instructed in the victimization of our country. The exploitation that this land supposedly pushes on the victims of all the –isms and –ists our nation holds.

Class warfare is an integral part of the curriculum, including small business owners who are the lifeblood of America. The result of this indoctrination is that the government grows bigger and gets to pick winners and losers. The top 1% that is so reviled by the progressive socialists is the only group that moves forward.

Being told by these academic halls that the government must take care of these hapless victims also puts to the side and semblance of personal and moral responsibility. If it is the government that has all the power, there is no independence, no sense of duty, and no reason to attempt to make the right decisions on a personal level. If things aren’t going well, many of these students being taught today expect someone to pat them on the head and tell them it isn’t their fault.

Also, through the government, using other peoples money, the powers that be will do everything they can to make your decision right. Not understood is that personal liberty is also lost where it gets to the point that you have the right to make decisions. Under the progressive socialist agenda, our society will become impersonal and individuals unimportant, leading to what we are facing today with the progressive socialist infanticide agenda. 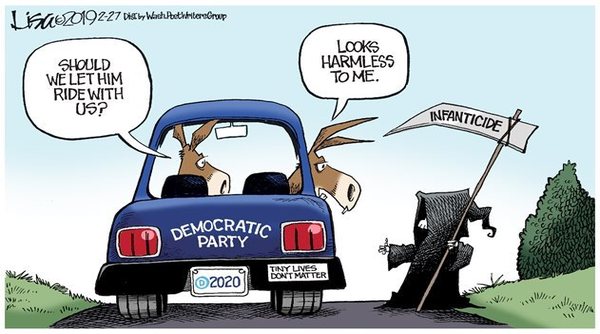 So we are now saddled with moral relativism where all opinions are considered valid. We turn away from infanticide, genocide, and murder is explained away. This war against religion has been ongoing since the 1960s when the socialists of the day demanded prayer in schools be banned. Later any reference to God and the Christian foundation of our country would be forced out of our schools. It was replaced with the only religion accepted in school, atheism. (Although, in today’s world, Islam is also accepted.)

In today’s society, more than ever before there is no right or wrong. Another part of relativism is multiculturalism, where we are told all cultures are equal. This is mostly pushed by elites that live in gated communities who dare not live in any culture that is different from what they know. It is also believed by the sycophants who look upon these elites with baleful eyes and drink in the venom that they spew forth. This is not only an affront to the culture we have here in the United States, but turns our streets that the progressive socialists rule into a replica of third world countries.

Our President, his followers, and any citizen who is not a follower of the progressive socialists has been called a Nazi. You can be called a Nazi for believing in our country, our flag, the rule of law, and even private property. Antifa calls themselves Anti-fascists although they are the brownshirts and rioters used by Hitler and Mussolini to take power. It was Stalin who did not want the challenge of the left-wing fascists to his precious communism. So he told his socialist followers that fascism was right-wing in an attempt to discredit it.

Both communism and fascism accept the individual only so far as it agrees with the agenda of the state. Socialism is the same, where the government controls what you deserve and allots the lean production that always results in government control of production to the 1%. The current group of thought leaders in the progressive socialist party are sociopaths giving the orders to further their agenda to those who do not comprehend the damage they are doing. Taught relativism in school, they are willing accomplices to the violence perpetrated on victims that are the normal everyday people who make this country run.