Update (2000ET): CNN reports that twenty people are dead and more than two dozen are injured following a shooting at a shopping complex in El Paso, Texas, Gov. Greg Abbott said in a press conference on Saturday.

“We as a state unite in support of the victims and their family members,” Abbott said.

“We want to do all we can to assist them.”

The shooting has a “nexus to a hate crime,” according to Allen.

The FBI cautioned that more investigative work is needed to determine whether it was a hate crime.

Update (1750ET): In a stunning update, NBC News reports that at least 19 people are dead and 40 injured after a shooting Saturday near a shopping mall in El Paso, Texas, law enforcement officials said. One suspect, a 21-year-old man from the Dallas area, is in custody, law enforcement sources said.

A second person was also taken into custody by authorities, but it is not immediately known what role, if any, the person played in the shooting, sources familiar with the investigation told NBC News.

Update (1630ET): President Trump has offered his condolences, tweeting on Saturday “Terrible shootings in ElPaso, Texas. Reports are very bad, many killed. Working with State and Local authorities, and Law Enforcement. Spoke to Governor to pledge total support of Federal Government. God be with you all!”

Update: Some reports claim the shooter has been caught

#Update: Just in – Police officers in El Paso, #Texas believe to have caught the alleged suspect! It is still not confirmed if it is the gunmen who opened fire at the #Walmart inside the Cielo Vista Mall.

At least eighteen people have reportedly  been shot – with one killed – after an active shooter opened fire at a Walmart in El Paso, Texas.

According to a police scanner the shooter was armed with an automatic weapon, possibly an AK-47. 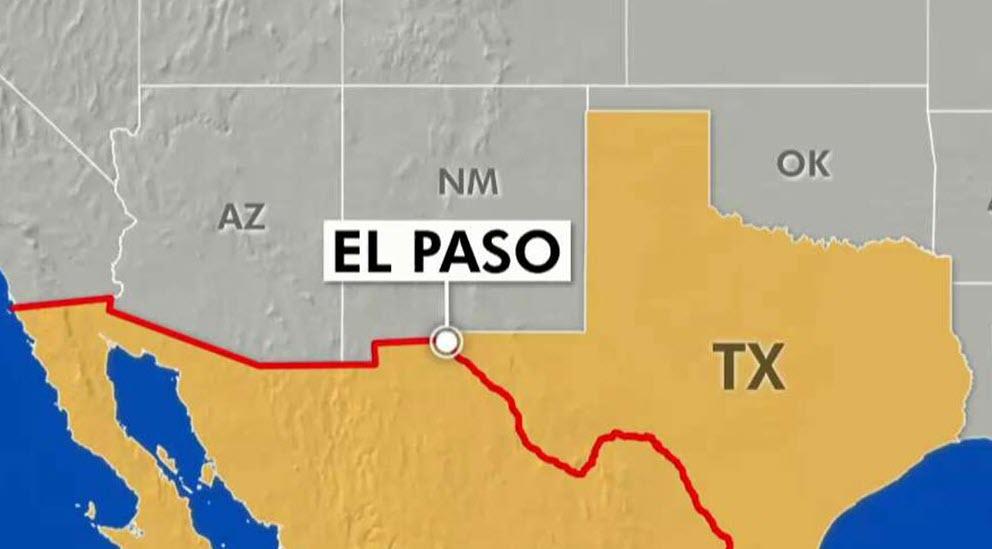 Definitely stay out of I-10 near Cielo Vista Mall (Airway, Hawkins exits). Police presence, lots of ambulances leaving the area. Helicopter patrolling the area and traffic at a standstill. https://t.co/88UjLk3Vsu pic.twitter.com/Z5M1iMhr8C

The Mirror reports that the shooter is reported to have opened fire in the car park before going inside the supermarket.

Shopper sends video of people inside #sams, which like other businesses are locked down. Scene still active. Police warn all to stay away. ⁦@dallasnews⁩ pic.twitter.com/Yq8ivPstEt

#Update: Just in – Video footage of police clearing out the entire Cielo Vista Mall in El Paso, #Texas. Where a gunman who is still at large shot at least 18 people and one person dead in a #Walmart and on a parking lot. pic.twitter.com/tqb0iKwNmh

Video on #Snapchat posted an hour ago shows a woman and possibly her daughter running out of the #CieloVistaMall in #ElPaso. pic.twitter.com/XfhmXGqB58