Are the Fed’s days numbered? CNBC’s central bank mouthpiece drops bombshell in saying it is a distinct possibility

Are the Fed’s days numbered? CNBC’s central bank mouthpiece drops bombshell in saying it is a distinct possibility by Ken Schortgen, Jr for Shotgun Economics

Of all the financial news networks available, none are more vilified and also satirized than CNBC.  This is because the channel has become little more than a stock hawking site that ostracizes anyone who disagrees with their agenda. 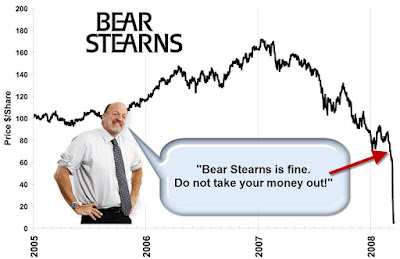 So when CNBC’s biggest central bank tool and Fed propagandist Steve Liesman out of nowhere makes a mindboggling statement that the real reason that the Federal Reserve will lower interest rates on July 31 is because there is a real threat that they could be shuttered by the President if they do the wrong thing, then you know that something major is taking place in the arena of confidence for the central bank.

“If The Fed gets this wrong, I think that they think if they make a mistake here, The Fed could be gone…”

Liesman expands on his ominous view:

“Think about what happens when a person gets up at a rally and starts railing against The Federal Reserve, and starts to create what could lead to Congressional pressure on The Fed, then you could imagine that their could be support for a different system.”“I think they think there’s a lot of political downside risk to getting this wrong.” – Zerohedge

We may see first reduction in the Fed rate since 2008, says Fred Kempe from CNBC.

Interestingly, Trump isn’t the ONLY Presidential candidate seeking to hold the Fed’s feet to the fire as just last weekend, Rep. Tulsi Gabbard signed on with Republican partisans to audit the central bank.