Was Organ Harvesting On China’s Mind When They Stole The Medical Records Of Nearly 80 Million Americans?

Just days ago, the Daily Mail published this story reporting PayPal founder and President Trump supporter Peter Thiel has requested that the FBI and CIA launch an investigation into google, claiming it had been infiltrated by Chinese intelligence while slamming google’s decision to work with the Chinese military while canceling a US Defense Department contract as ‘treason‘.

Just the latest story helping to confirm that the nation of China and the US-based company ‘google‘ are joined at the hip, this July 11th story at the Intercept confirmed  an American organization called The Open Power Foundation which was founded by tech giants ‘google’ and IBM is helping China’s authoritarian government conduct mass surveillance against its citizens.

As this story over at Telecoms reports, both IBM and ‘google‘ have swapped their morals for Chinese cash and while we’ll argue here that ‘google‘ never had any ‘morals‘, as we’ll see within this ANP story, if we think we shouldn’t be paying any attention to what is happening in China, we’re gravely mistaken. As we’ll explore within the next section below, according to this new story over at the Wall Street Journal, for some reason, China wants the medical records of Americans so they hacked the medical records of 80 million of us. And as we’ve reported previously on ANP, the long unfolding A.I. surveillance state in America is using China as a model.

Why such strong ties between US company ‘google‘ and China’s military? Treason? From this Daily Mail story.

Peter Thiel said that American agencies should ask Google three questions, to determine whether it had been infilitrated by Chinese intelligence services.

‘Number one: How many foreign intelligence agencies have infiltrated your Manhattan Project for AI (artificial intelligence)?

‘Number two: Does Google’s senior management consider itself to have been thoroughly infiltrated by Chinese intelligence?

‘Number three: Is it because they consider themselves to be so thoroughly infiltrated that they have engaged in the seemingly treasonous decision to work with the Chinese military and not with the US military.’ 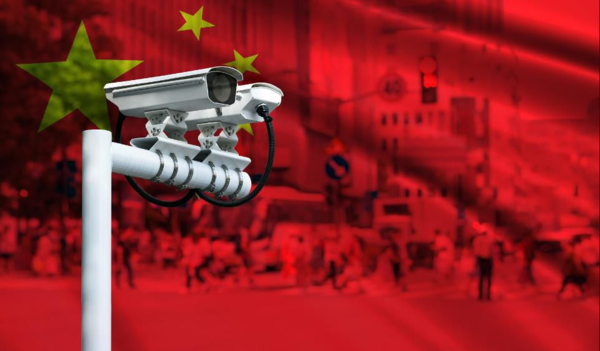 With ‘google‘ and ‘big tech‘ absolutely part of the ‘enemies of America within‘ who are working to destroy national sovereignty while thoroughly pushing the ‘globalists agenda‘, as we had reported back on May 19th in this story titled “With George Orwell’s 1984 Here Now, ‘Everywhere Will Turn Into China’ Tech Expert Warns – As Canada, The UK & EU Fall To Islamo-Fascist Tyranny, Globalists Attempt To ‘Submit’ America“, between the all-encompassing surveillance that has been established across America and the world over the past decade+ to censorship being the ‘new norm’ to the Orwellian language used by government agencies, the mainstream media and ‘big tech’, it’s easy to see why so many believe that the book “1984” really was an ‘instruction manual’ to create global tyranny.

And with always-spying and forever-surveilling ‘google‘ leading the way towards Orwell’s warning unfolding, and google preferring to work with China’s military over the US, should google be charged with treason as Thiel suggests?

In taking a long look at this previously mentioned Wall Street Journal story (saved at archive), we have to ask, why does China really want the medical records of Americans? We can’t help but think they may be preparing to use Americans for organ harvesting following the globalists ‘end game‘ for America. With China clearly helping to establish the global ‘surveillance state‘, even right here in America, if you think China wanting to steal American’s medical records for organ harvesting a bit of a stretch, remember, they are already stealing organs from ‘detainees‘ in China according to this June 18th NBC News story.

So let’s take a look at the theories of what China is up to right now from this Wall Street Journal story.