Less than a month after Congress passed and Trump signed a $4.6 billion emergency spending bill to address the still-raging humanitarian crisis at the border, the Pentagon has authorized the deployment of another 1,100 active-duty troops and 1,000 Texas National Guardsmen – which will increase the number of American military personnel at the southwestern border by 45%.

The new arrivals will join the roughly 4,500 personnel currently stationed at the border.

Richard Spencer, who has temporarily assumed the role of acting defense secretary while Mark Esper, President Trump’s nominee to permanently fill the position, faces confirmation hearings in the Senate. 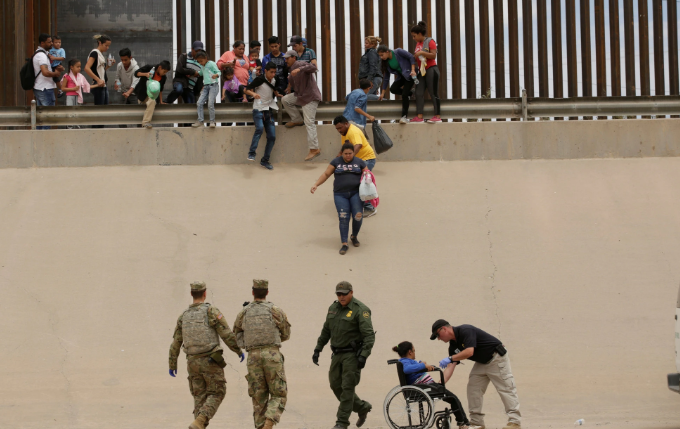 According to the Pentagon’s announcement, the additional troops will assist in securing points of entry and provide support in migrant holding facilities.

These facilities will include the one in Donna, Texas that Vice President Mike Pence visited last week.

A report this month by the Department of Homeland Security’s inspector general cited unsanitary living conditions in holding facilities, and Democrats have seized on conditions in the facilities to attack the Trump Administration for running “concentration camps” (though some of these same politicians have seized on the opportunity for their own personal PR purposes).

Mexico has also recently deployed more troops to its side of the border, as President Trump’s tariff threats still loom large over the bilateral relationship between the two neighboring countries.