76 Billion Opioid Pills: Bombshell Report Unmasks Who Is Responsible For Epidemic from ZeroHedge

TDC Note – I told my wife that Purdue Pharmaceuticals was a scapegoat. Now there is proof.

US District Judge Dan Polster presiding over nationwide opioid litigation dismissed an order that now allows the general public, for the first time ever, to examine opioid sales from the Drug Enforcement Administration’s Automation of Reports and Consolidated Orders System (ARCOS) that details how the opioid epidemic exploded into almost every community across the US from 2006 through 2012.

“The data provides statistical insights that help pinpoint the origins and spread of the opioid epidemic.”

As per The Washington Post, the ACROS data showed big pharmaceutical companies pumped 76 billion oxycodone and hydrocodone pills from 2006 through 2012 into nearly every zip code across the country. 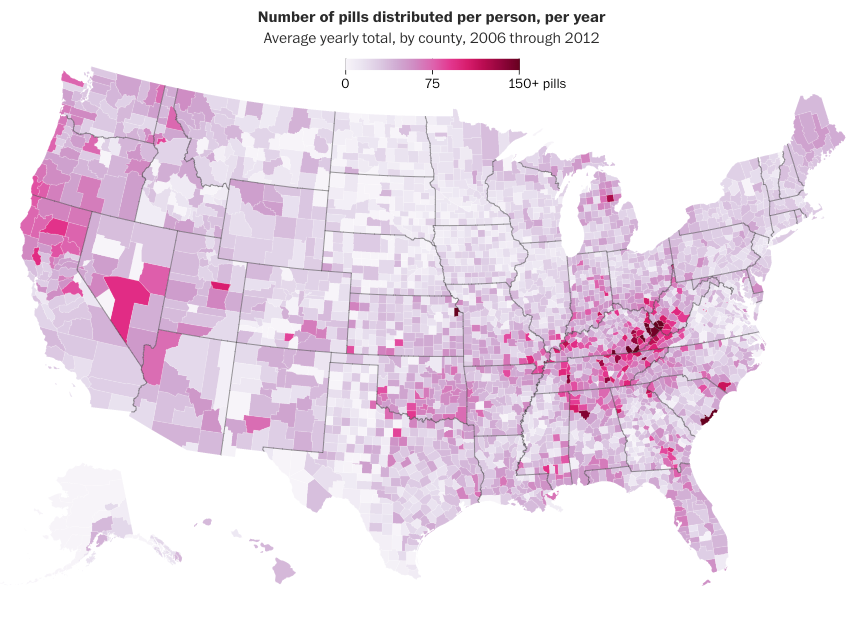 The data provides an unparalleled view of how legal opioid pills from big pharma fueled the opioid epidemic, which has resulted in approximately 100,000 deaths in those 4 years.

Only six companies distributed 75% of all the painkillers during the six years: McKesson Corp., Walgreens, Cardinal Health, AmerisourceBergen, CVS, and Walmart.

Only three companies manufactured 88% of the opioids: SpecGx, a subsidiary of Mallinckrodt; ­Actavis Pharma; and Par Pharmaceutical. 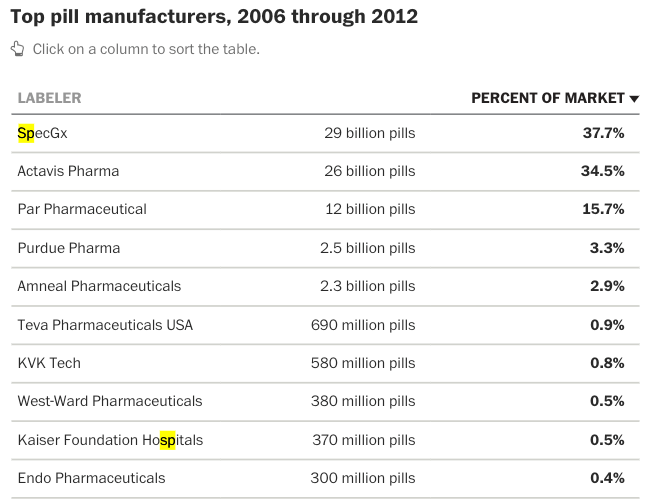 The database shows how pills were transported from manufacturers to distributors, then administered in towns.

In lawsuits against big pharma companies, lawyers allege companies deliberately pumped legal opioid to reach the streets of communities despite signs the pills were being sold and diverted to the black market.

Plaintiffs have accused drug manufacturers and wholesalers of fueling the opioid crisis by distributing billions of pain pills for a profit, ignoring ethics and sometimes violating federal law. Big pharma has already paid out more than $1 billion in fines to the Justice Department and Food and Drug Administration over opioid-related issues.