Fed set to institute full monetization of debt as early as 2020 by Ken Schortgen, Jr for Shotgun Economics

While it is one thing to aid your primary dealers in buying U.S. Treasuries during scheduled auctions, it is quite another thing entirely to allow those banks to then borrow upon these very debt instruments you created.  And according to Deutsche Bank, this is exactly what will happen by next year.

In a report out by analysts at Deutsche Bank on July 14, the Fed is likely to launch a Repo facility in 2020 which would put the U.S. central bank on the main highway of full monetization. 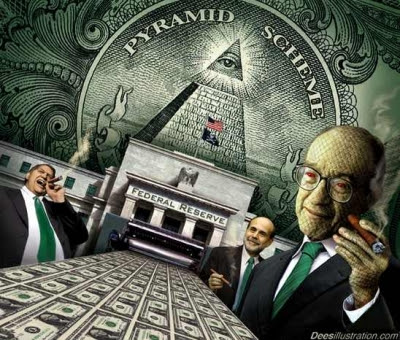 Analysts from the German financial giant Deutsche Bank expect the US Federal Reserve to launch a new liquidity adjustment facility next year in order to spur US lending and business activity without implementing excessive monetary stimulus.

According to a report by Deutsche Bank, the Fed is seeking to boost its lending to commercial banks by using Treasury bonds and other securities – mostly, bonds – as collateral. The repo facility could be formally introduced in several months, and Fed officials could soon start testing the scheme.

“We reaffirm our expectations that the Fed could test this facility later this year and launch it for full-scale operations in early 2020”, Steven Zeng of Deutsche Bank wrote in the research note. – Sputnik News

Many analysts were already under the impression that since 2008, the Fed was monetizing nearly everything they could get their hands on.  But should they follow through with Deutsche Bank’s assessment of a new Repo facility, then the monetization debate is now over.