A couple of years ago, I launched my Unz Review, providing a wide range of different alternative perspectives, the vast majority of them totally excluded from the mainstream media. I’ve also published a number of articles in my own American Pravda series, focusing on the suspicious lapses and lacunae in our media narratives. 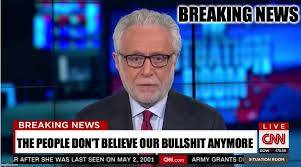 The underlying political strategy behind these efforts may already be apparent, and I’ve sometimes suggested it here and there. But I finally decided I might as well explicitly outline the reasoning in a memo as provided below.

The Mainstream Media is the Crucial Opposing Force

Groups advocating policies opposed by the American establishment should recognize that the greatest obstacle they face is usually the mainstream media.

Ordinary political and ideological opponents surely exist, but these are usually inspired, motivated, organized, and assisted by powerful media support, which also shapes the perceived framework of the conflict. In Clauswitzian terms, the media often constitutes the strategic “center of gravity” of the opposing forces.

The Media Should Be Made a Primary Target

If the media is the crucial force empowering the opposition, then it should be regarded as a primary target of any political strategy. So long as the media remains strong, success may be difficult, but if the influence and credibility of the media were substantially degraded, then the ordinary opposing forces would lose much of their effectiveness. In many respects, the media creates reality, so perhaps the most effective route toward changing reality runs through the media.

The mainstream media exists as a seamless whole, so weakening or discrediting the media in any particular area automatically reduces its influence everywhere else as well.

The elements of the media narrative faced by a particular anti-establishment group may be too strong and well-defended to attack effectively, and any such attacks might also be discounted as ideologically motivated. Hence, the more productive strategy may sometimes be an indirect one, attacking the media narrative elsewhere, at points where it is much weaker and less well-defended. In addition, winning those easier battles may generate greater credibility and momentum, which can then be applied to later attacks on more difficult fronts.

Once we recognize that weakening the media is a primary strategic goal, an obvious corollary is that other anti-establishment groups facing the same challenges become natural, if perhaps temporary, allies.

Such unexpected tactical alliances may drawn from across a wide range of different political and ideological perspectives—Left, Right, or otherwise—and despite the component groups having longer-term goals that are orthogonal or even conflicting. So long as all such elements in the coalition recognize that the hostile media is their most immediate adversary, they can cooperate on their common effort, while actually gaining additional credibility and attention by the very fact that they sharply disagree on so many other matters.

The media is enormously powerful and exercises control over a vast expanse of intellectual territory. But such ubiquitous influence also ensures that its local adversaries are therefore numerous and widespread, all being bitterly opposed to the hostile media they face on their own particular issues. By analogy, a large and powerful empire is frequently brought down by a broad alliance of many disparate rebellious factions, each having unrelated goals, which together overwhelm the imperial defenses by attacking simultaneously at multiple different locations.

A crucial aspect enabling such a rebel alliance is the typically narrow focus of each particular constituent member. Most groups or individuals opposing establishment positions tend to be ideologically zealous about one particular issue or perhaps a small handful, while being much less interested in others. Given the total suppression of their views at the hands of the mainstream media, any venue in which their unorthodox perspectives are provided reasonably fair and equal treatment rather than ridiculed and denigrated tends to inspire considerable enthusiasm and loyalty on their part. So although they may have quite conventional views on most other matters, causing them to regard contrary views with the same skepticism or unease as might anyone else, they will usually be willing to suppress their criticism at such wider heterodoxy so long as other members of their alliance are willing to return that favor on their own topics of primary interest.

Applying a different metaphor, the establishment media may be regarded as a great wall that excludes alternative perspectives from the public consciousness and thereby confines opinion to within a narrow range of acceptable views.