Shocking: Perfidious Turks Stab US in Back to Buy S-400s, Join Belt and Road Initiative

Shocking: Perfidious Turks Stab US in Back to Buy S-400s, Join Belt and Road Initiative from Russia-Insider

Erdogan looks set to buy Russian missile defense system in defiance of US and NATO, tying his cart to China and Russia

The graphic image of Turkey pivoting away from NATO towards the Russia-China strategic partnership was provided, in more ways than one, by Turkish President Tayyip Erdogan visiting Chinese President Xi Jinping in Beijing right after the G20 in Osaka.

Turkey is a key hub in the emerging New Silk Roads, or Belt and Road Initiative. Erdogan is a master at selling Turkey as the ultimate East-West crossroads. He has also expressed much interest in joining the Shanghai Cooperation Organization (SCO), led by Russia-China, whose annual summit took place in Bishkek a few days before Osaka. 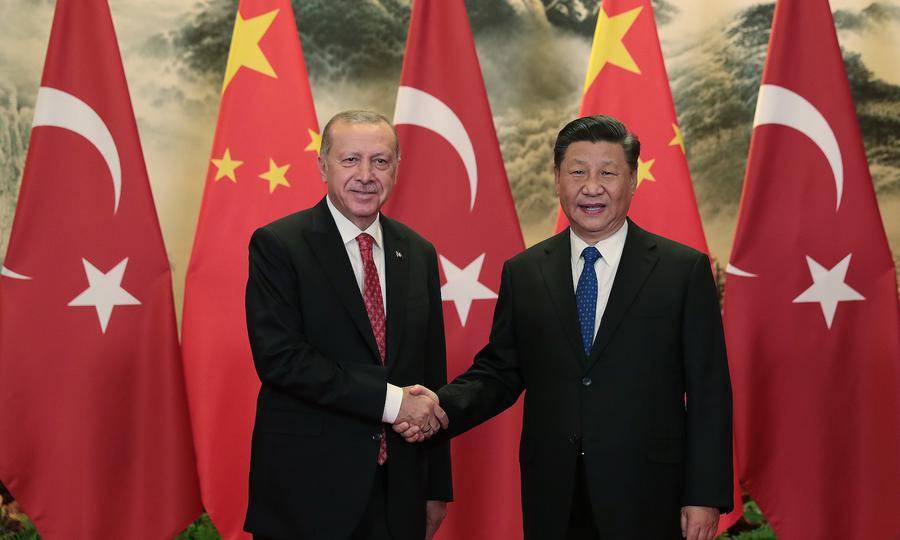 In parallel, against hell and high water – from threats of sanctions by the US Congress to NATO warnings – Erdogan never budged from Ankara’s decision to buy Russian S-400 defense missile systems, a $2.5-billion contract according to Rostec’s Sergei Chemezov.

The S-400s start to be shipped to Turkey as early as this week. According to Turkish Minister of Defense Hulusi Akar, their deployment should start by October. Much to Washington’s ire, Turkey is the first NATO member state to buy S-400s.

Xi, as he welcomed Erdogan in Beijing, stressed the message he crafted together with Putin in their previous meetings in St Petersburg, Bishkek and Osaka: China and Turkey should “uphold a multilateral world order with the United Nations at its core, a system based on international law.”

Erdogan, for his part, turned up the charm – from publishing an op-ed in the Global Times extolling a common vision of the future to laying it out in some detail. His target is to consolidate Chinese investment in multiple areas in Turkey, directly or indirectly related to Belt and Road.

Turkey’s President Erdogan and Chinese President Xi Jinping, left, walk past honor guards during an official welcome at the Great Hall of the People in Beijing on July 2. Photo: Volkan Furuncu / Anadolu / AFP

Addressing the extremely sensitive Uighur dossier head on, Erdogan deftly executed a pirouette. He eschewed accusations from his own Foreign Ministry that “torture and political brainwashing” were practiced in Uighur detention camps and would rather comment that Uighurs “live happily” in China. “It is a fact that the peoples of China’s Xinjiang region live happily in China’s development and prosperity. Turkey does not permit any person to incite disharmony in the Turkey-China relationship.”