– What Does The Senate Know That We Don’t Know Or Are They Finally Catching Up To Speed?

While we were happy to learn that the US government is finally taking moves to protect our nation’s electrical grid after the US Senate passed the King bill to protect our energy grid against cyber attacks, as this new story from Justus Knight which Steve Quayle had linked to on his website Friday asked, “why the sudden need to do so now?”

Pointing out within his story that for years, the independent media has been warning about the vulnerability of the grid and what might happen here in America should it come crashing down, Knight also warns in his video that we’ve embedded at the bottom of this story that the long and short term implications of the severity of this threat is something that we should have prepared for long ago: “No trains, no planes, no food, no sanitation, no phones, no money…just darkness!”

But as Forbes reported in this July 3rd story, rather than ‘going forward‘ to ‘secure the grid‘ with new technologies, the US government’s surprising move to secure our electrical systems will be using ‘retro technologies‘ to do so.:

Rather than bringing in new technology and skills, it will use analog and manual technology to isolate the grid’s most important control systems. This, the government says, will limit the reach of a catastrophic outage.

“This approach seeks to thwart even the most sophisticated cyber-adversaries who, if they are intent on accessing the grid, would have to actually physically touch the equipment, thereby making cyberattacks much more difficult,” said a press release as the Securing Energy Infrastructure Act (SEIA), passed the Senate floor.

And while our hats go off for the moves finally being made with Senators Angus King (I-Maine), co-chair of the Cyberspace Solarium Commission, and Jim Risch (R-Idaho) leading the charge, the Bill still has to be passed by the House of Representatives before being implemented and even if that happens, a two-year pilot program which will be used to study and implement the program leaves plenty of time now for those who want to do America damage via hacking our grids to do so.

So we’ll take a look within this ANP story at all of the latest signs that we should be preparing for a grid down scenario including the recent ‘cloudfare incident‘ which took down the Drudge Report, ANP and much of the independent media as well as several recent countrywide grid outages and rumors of cyberwarfare now ongoing between the US and Russia. And we’ll look at preparing for such a catastrophic scenario that we pray never happens but in preparing for just such a scenario, will give our families and loved ones a fighting chance should this ‘nightmare scenario‘ come to pass. 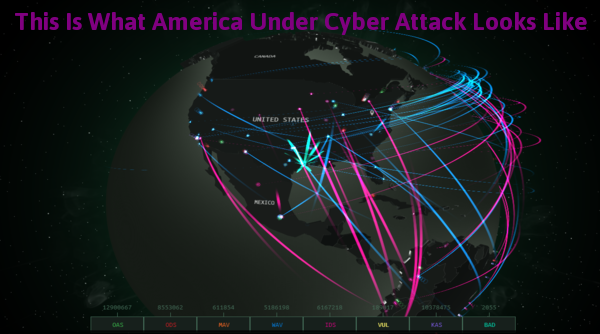 As The Hill had reported back in May of 2016 in this story titled “Why A Power Grid Attack Is A Nightmare Scenario“, America being a ‘civil society‘ completely depends upon this: electricity. Turn the power off for any extended period of time, America will nearly immediately devolve into total chaos. “In order to restore civilized society, the power has got to be back on,” said Scott Aaronson, who oversees the Electricity Subsector Coordinating Council (ESCC), an industry-government emergency response program.

Warning within their story: Stores are closed. Cell service is failing. Broadband Internet is gone. Hospitals are operating on generators, but rapidly running out of fuel. Garbage is rotting in the streets, and clean water is scarce as people boil water stored in bathtubs to stop the spread of bacteria. And escape? There is none, because planes can’t fly, trains can’t run, and gas stations can’t pump fuel. This is the “nightmare scenario” that lawmakers have been warning you about.