Ghosts of the Fourth

Ghosts of the Fourth by James Howard Kunstler

Here in the Battenkill Valley in far upstate New York, the bones of the small towns are still visible while the flesh of the economy that built the towns is now long gone. The Battenkill River runs from the other side of the Vermont line across Washington County to the Hudson River. It’s a swift, clear stream, and back-in-the-day it powered dozens of little factories along its winding way. They made men’s shirts, women’s lingerie, tea trays, ploughs, rye thrashers, boots, paper, and lots more. In a few places you can still find the ruins of these once-grand buildings. 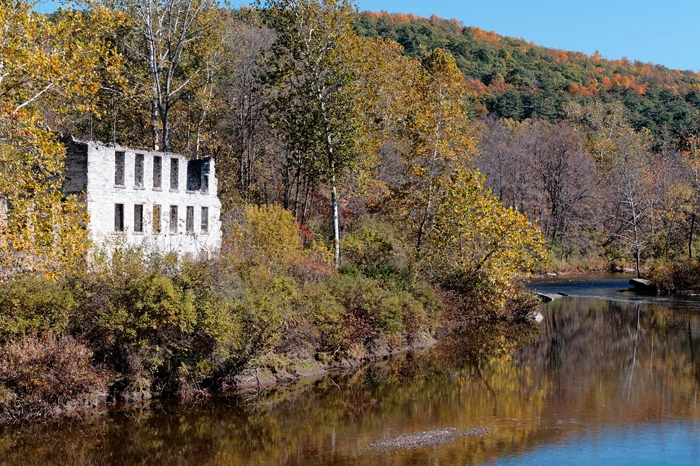 We heard there was a good parade up in Salem, NY, ten miles northeast of here. Salem was a railroad town after 1852. It changed everything for a while. Farmers could send their potatoes and milk all the way to Boston. Slate was abundant nearby and there was a lively commerce in it for roofing and other things. Marble came over from Vermont and was dressed into tombstone blanks, which were sent as far as the Midwest. The railroad itself employed scores of hands in the roundhouse where its locomotives were repaired. This rail connection to distant places and markets must have seemed wondrous.

Waiting for the parade to start in Salem, NY

The system held together for less than 100 years and now it, too, is a ghost presence, along with the factories. History has treated this corner of the country with something that feels like swift injustice. Today, we remain hostages to the automobile, with its geography-negating banality, but you can see the end of that road from here, too, and it is already subject to a very public nostalgia. The Fourth of July parade up in Salem was mostly a parade of motor vehicles: fire engines, EMT trucks, tractors, vintage 1920s flivvers, 1960s muscle cars, one classic hot-rod, and one weird Avanti, a mid-60s product of the then-floundering Studebaker Company — which, ironically, had run a wagon and carriage assembly factory in Salem around 1910, just as cars were being introduced.