When It Comes To Manipulating Elections, Russia Has Nothing On Google!

When It Comes To Manipulating Elections, Russia Has Nothing On Google! By Stefan Stanford – All News Pipeline

This Monster Must Be Taken Down Before It Destroys All Of Us!

Let’s flash back real quick to this August 19th of 2015 story over at Politico titled “How Google Could Rig The 2016 Election“ within which they reported that google had the ability to drive millions of votes to a candidate with ‘no one the wiser‘. Keep in mind with everything that we’re now watching unfolding in America as we head towards 2020 that this was written back in 2015.:

America’s next president could be eased into office not just by TV ads or speeches, but by Google’s secret decisions, and no one—except for me and perhaps a few other obscure researchers—would know how this was accomplished.

Research I have been directing in recent years suggests that Google, Inc., has amassed far more power to control elections—indeed, to control a wide variety of opinions and beliefs—than any company in history has ever had. Google’s search algorithm can easily shift the voting preferences of undecided voters by 20 percent or more—up to 80 percent in some demographic groups—with virtually no one knowing they are being manipulated, according to experiments I conducted recently with Ronald E. Robertson .

Given that many elections are won by small margins, this gives Google the power, right now, to flip upwards of 25 percent of the national elections worldwide. In the United States, half of our presidential elections have been won by margins under 7.6 percent, and the 2012 election was won by a margin of only 3.9 percent—well within Google’s control.

There are at least three very real scenarios whereby Google—perhaps even without its leaders’ knowledge—could shape or even decide the election next year. Whether or not Google executives see it this way, the employees who constantly adjust the search giant’s algorithms are manipulating people every minute of every day. The adjustments they make increasingly influence our thinking—including, it turns out, our voting preferences.

Flash forward back to June of 2019, we get this new story from Zero Hedge which absolutely confirms that 2015 Politico story via a new Project Veritas video (that is already being censored!). And as we’ll take a look at within this ANP story, nothing less than ‘America‘ is on the line and should google have their way, never again will the US have another ‘nationalist’ President like Donald Trump. Think about that. And as The Liberty Daily pointed out in this perfect headline linking to this Breitbart story, “Seriously? How Does Google Attempt to Prove They Don’t Censor & Meddle in Elections? By Censoring the Video Proving they Censor and Meddle in Elections!!!“ Seriously!!!

And think about what that REALLY means! All TYRANTS attempt to censor the truth. We’ve seen it from the mainstream media, the Democratic party and the US government under Obama/Bush/Clinton for DECADES! This is truly freedom’s last stand. If President Trump doesn’t take down ‘big tech‘, ‘big tech‘ will be sure to take down President Trump, allowing the globalists, who won’t even admit to ‘neutering‘ America for their global agenda, to complete their demolition of America. 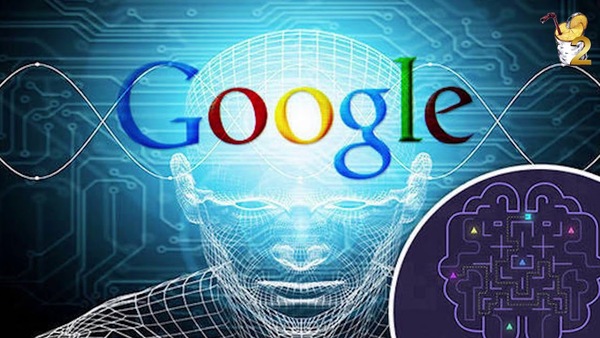 Let’s first take a quick look at this new Zero Hedge story within which they report upon the new Project Veritas video that google and youtube are already censoring. As ZH reports, this new video totally exposes google for their political bias and agenda that they claim they don’t have, meanwhile pushing their billions of users around the world towards particular stories they choose via their search engine manipulations that we’ll look at more deeply in the next section below.