As the world edges closer to the next crisis, today the man who has become legendary for his predictions on QE and historic moves in currencies told King World News that gold is giving a major warning signal and silver is coiling for an explosion to $66.

GOLD: Finally It Happened
June 24 (King World News) – Egon von Greyerz:  “Finally it happened, although it took 6 long years to break through The Gold Maginot Line at $1,350! This resistance was a lot stronger than the original French one in WW II, since it took the Germans less than a year to penetrate it in 1940.

In my KWN piece on February 10th, I said.

“No one must believe that the line will hold. It is extremely likely to be penetrated conclusively in 2019 and most probably within, maximum, the next three months.”

It took four months for the break to happen so I was off by one month. Still, it had to happen and it did. I also said in the article that:

“once it is broken, the correction of gold is finally over and we are on our way to new highs and much beyond.”

So that’s where we are today. The break has now finally taken place and I doubt that we will see $1,350 decisively broken on the downside in my lifetime. The 6 year resistance line has now become an extremely strong support line.

GOLD MAGINOT LINE BROKEN! Gold Should Not Trade Below $1,350 Again 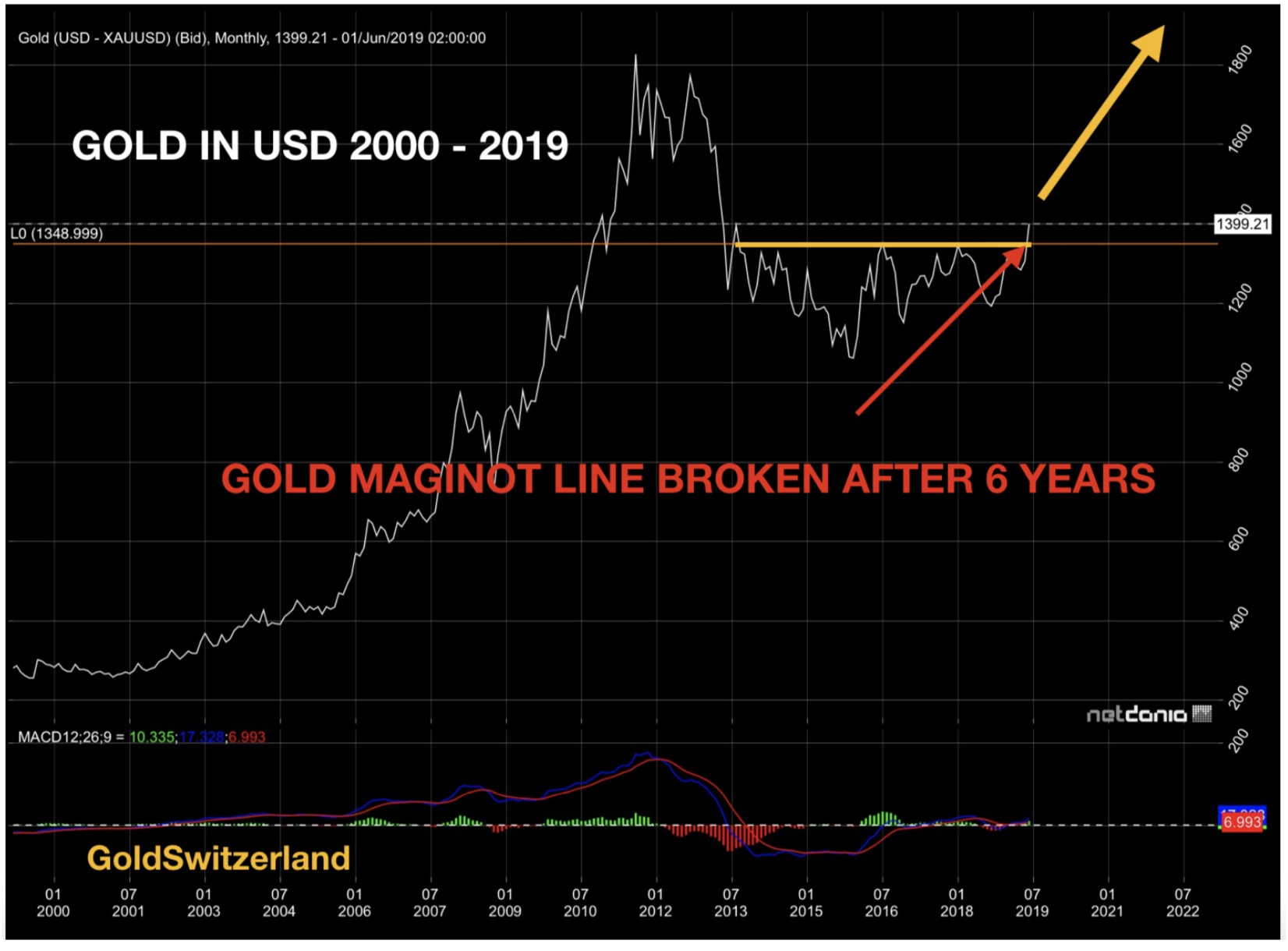 …And $66 Silver
The precious metals rally hasn’t really started yet. Gold has moved up $125 since June 30th but silver is lagging behind with the gold/silver ratio at over 91, a new high for this century. The paper silver shorts are fighting a desperate battle to hold the white metal down. They will eventually fail of course, although we could see the ratio going a bit higher before it turns. Once the turn comes, the silver price will explode and go up more than twice as fast as gold. If the ratio reaches the 30 level as it did in 2011, silver will go up 3x as fast as gold. When gold reaches $2,000, silver should reach $66. But that is only the beginning. But we must remember that silver is extremely volatile and not for the faint hearted.